Dreaming in the Streets: The Legacy of Asian American Identity in the Wake of the Civil Rights Movement | Asia Society Skip to main content 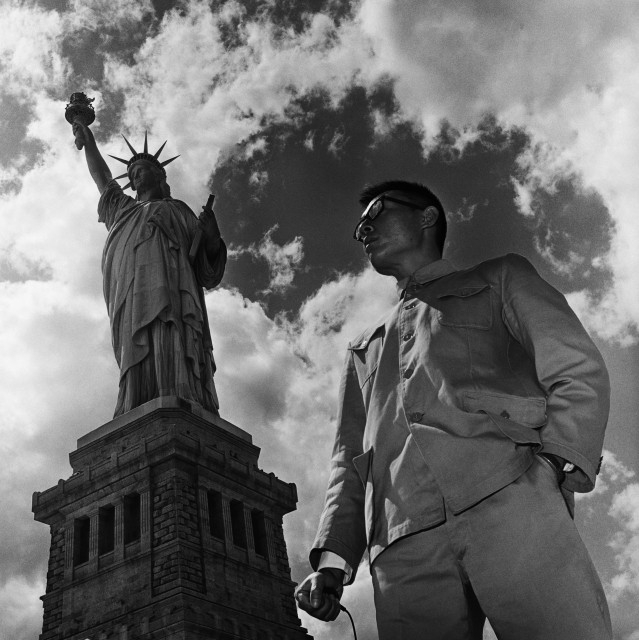 Dreaming in the Streets: The Legacy of Asian American Identity in the Wake of the Civil Rights Movement

This panel discussion, the first program in the three-part series Harmony and Dissonance: Deconstructing Ethnicity and Agency in America, will explore the power of interethnic coalitions that brought together Asian American, African American, Latinx, and Native American cohorts to mobilize during the civil rights movement in the 1960s and that coincided with the origins of a formal acknowledgment of an Asian American identity. Panelists will discuss the legacy of this transformative moment of racial unity, fluctuations within these relationships over the last seventy years and into the present moment, and their common desire for social justice and equality.

Featured panelists include Alexandra Chang, associate professor of practice with the art history program at the Department of Arts, Culture and Media and affiliated with the Clement A. Price Institute on Ethnicity, Culture, and the Modern Experience; Heidi McKinnon, executive director of Curators Without Borders; and Helen Zia, activist, author, and journalist. The panel will be moderated by Michelle Yun, senior curator of Asian Contemporary Art and associate director, Asia Society Triennial.

Alexandra Chang is Associate Professor of Practice with the Art History program at the Department of Arts, Culture and Media and Interim Associate Director of the Clement A. Price Institute on Ethnicity, Culture, and the Modern Experience and Associate Director of the American Studies Program at Rutgers University-Newark. She also organizes the Climate Working Group and the EcoArt Salon at Paul Robeson Galleries, bridging Science, Humanities, and the Arts. She directs the Global Asia/Pacific Art Exchange (GAX) and Virtual Asian American Art Museum with A/P/A Institute at NYU and is Co-Founding Editor of Asian Diasporic Visual Cultures and the Americas (ADVA) (Brill, Leiden). She is Co-Founder of the College Art Association’s affiliated society the Diasporic Asian Art Network (DAAN). She is the author of Envisioning Diaspora: Asian American Visual Arts Collectives (Timezone 8, 2018) and editor of Circles and Circuits: Chinese Caribbean Art (Duke UP, 2018). She is co-editor of the forthcoming volume Climate Advocacy, Urgency, and Context in the Arts and Humanities with Routledge.

Heidi McKinnon is executive director of Curators Without Borders, an international nonprofit organization that designs exhibitions, outreach campaigns, and educational programming for underserved communities in conjunction with museum partners, government agencies, humanitarian organizations, and NGOs. McKinnon’s work focuses on historical memory, human rights, and indigenous communities in the Americas. She brings over a decade of experience developing collaborative museum exhibitions both independently and as a member of the curatorial teams at both the Smithsonian Institution’s National Museum of the American Indian and Center for Folklife and Cultural Heritage. She was a WORKS fellow at Santa Fe Art institute in 2015.

Helen Zia is an activist, award-winning author, and former journalist. As a second generation Chinese American, Zia has outspokenly advocated for issues from human rights to countering hate violence and homophobia. Her published work includes Last Boat out of Shanghai: The Epic Story of the Chinese Who Fled Mao’s Revolution (Ballantine Books, 2019), My Country Versus Me: The First-Hand Account by the Los Alamos Scientist Who Was Falsely Accused of Being a Spy (Hachette Books, 2002), and Asian American Dreams: The Emergence of an American People (Farrar, Straus and Giroux, 2000). She has been featured in PBS’s 2020 docuseries Asian Americans, the Academy Award-nominated documentary Who Killed Vincent Chin? (1987) and profiled in Bill Moyers’ PBS series Becoming American: The Chinese Experience (2003). Through her previous roles as executive editor of Ms. magazine and a founding board co-chair of the Women’s Media Center, she also promoted women’s rights. Zia received an honorary Doctor of Humane Letters from the University of San Francisco and an honorary Doctor of Laws from the City University of New York, and is a graduate of Princeton University.