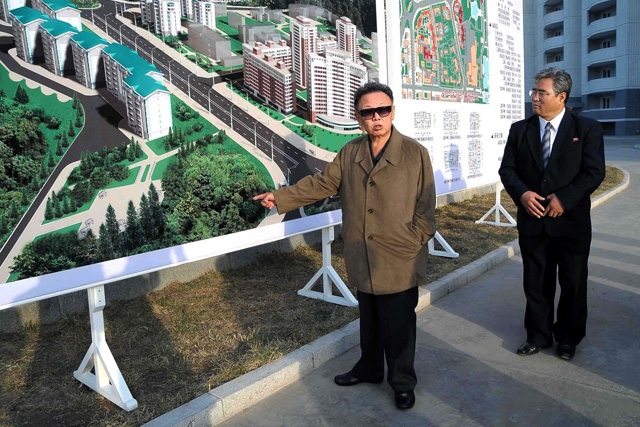 By Susan Shirk and John Delury

The North Koreans have landed. Officials from Pyongyang are shuttling between "track two" dialogues in San Diego and New York this week. After inviting a new set of U.N. Security Council sanctions by conducting a second nuclear and multiple missile tests, Kim Jong Il wants to talk.

U.S. President Barack Obama's administration is inching closer toward direct dialogue with Pyongyang, with the caveats that bilateral engagement must be accompanied by a resumption of the multilateral process (the six-party talks) and that denuclearization remains the only acceptable outcome to negotiations. If sanctions got the parties to the table, however, they will not solve the North Korean conundrum in the long run. Even many strong supporters of sanctions in Washington know this, which accounts for the cloud of pessimism that has descended over most discussions on North Korea. There is, however, a way forward: economic engagement.

A recent task force convened by the Asia Society and the University of California's Institute on Global Conflict and Cooperation, on which we served, concludes that economic engagement offers the best chance for gradually moderating North Korea's intentions and behavior. North Korea's confrontational posture toward foreign countries is closely related to the underlying structure of its closed, command economy, which favors the military and heavy industry and has avoided the wave of sweeping economic and political changes that has transformed the rest of Asia in recent years.

Encouraging a more open, market-friendly economic growth strategy certainly would benefit the long-suffering North Koreans. And it would generate vested interests in continued reform and opening, as well as a less confrontational foreign policy.

An open North Korea would be more cautious about provoking its trading partner neighbors and would look for ways to strengthen its ties to South Korea to realize the economic synergies that lie dormant due to the division of the peninsula. Economic engagement, in short, has the potential to change North Korea's perception of its own self-interest.

But how realistic is the possibility of real economic change inside North Korea? Although Pyongyang may look impervious to anything like market reform, the country has a history of economic experimentation, albeit tentative. In the early part of this decade, the country tried profit retention by firms, material incentives, special economic zones, and joint ventures.

Kim Jong Il traveled to China three times, once bringing along his generals, to study his neighbor's very successful economic model. North Korean reforms in that period ultimately failed because poorly designed policies caused runaway inflation, and since 2005 there has been an attempt to roll them back. Yet in spite of current efforts by the state to restore control over the economy, a growing body of evidence suggests that a transition is underway from the ground up.

People have been driven to the market by the necessity of feeding their families since the mid-1990s' famine, when the government's food distribution ceased providing even the means of subsistence. And particularly in the northern part of the country, trade and investment from a booming China have stimulated commerce. U.S. policymakers should look for ways to nourish this grass-roots transformation by exposing North Koreans to the world beyond their borders and training them with the knowledge and skills needed to build a successful market economy.

The first steps in a process of economic engagement should be modest and introduced regardless of the state of play in the nuclear negotiations. These carry no risk of enhancing Pyongyang's military capabilities or making the United States and its allies more vulnerable to them. To the contrary, they could catalyze gradual shifts in the North Korean system that are very much in U.S. interests. Track two dialogues, such as those taking place this week, are a good place to start.

The United States could also encourage universities, research institutes, and NGOs to initiate and expand training and economic development projects with North Koreans. The government should loosen its visa policy to facilitate opportunities for North Koreans to have greater contact with outsiders, and vice versa. The Obama administration could also give the green light to efforts by the Asian Development Bank, the International Monetary Fund, and the World Bank to engage North Korea in initial consultations and technical discussions.

The data collection and economic analysis in preparation for membership in these international financial institutions would take years, all the while providing North Koreans with essential training in how to chart their country's economic transition. Discussions would make clear, of course, that the final step of membership will depend on North Korea's decision to abandon its nuclear program.

None of this will make for easy politics -- in Pyongyang or in Washington. There will be intense resistance from groups within North Korea, particularly the military, whose privileges would be threatened by market reform and opening, as well as the so-called "court economy" that fosters regime loyalty through patronage. In the United States, critics will charge that engaging North Korea economically simply rewards bad behavior and that complete denuclearization has to come first.

The U.S. government is investing a great deal of political capital and creativity into an enhanced sanctions regime to contain North Korea's nuclear weapons capability. It should also now start to make a long-term investment in the gradual transformation of North Korea's economy and, by extension, that country's posture toward the United States and its neighbors in Asia. Done right, the two could be complementary. It's a formula that the administration advocates for states from Iran and Burma to Sudan and Cuba. It's time to extend it to North Korea.

Susan Shirk is director of the University of California Institute on Global Conflict and Cooperation. She participated in the " Track Two" diplomacy talks. John Delury is associate director of Asia Society's Center on U.S.-China Relations and adjunct assistant professor at Columbia University. They are the co-chair and project director, respectively, of the task force "North Korea Inside Out: The Case for Economic Engagement."