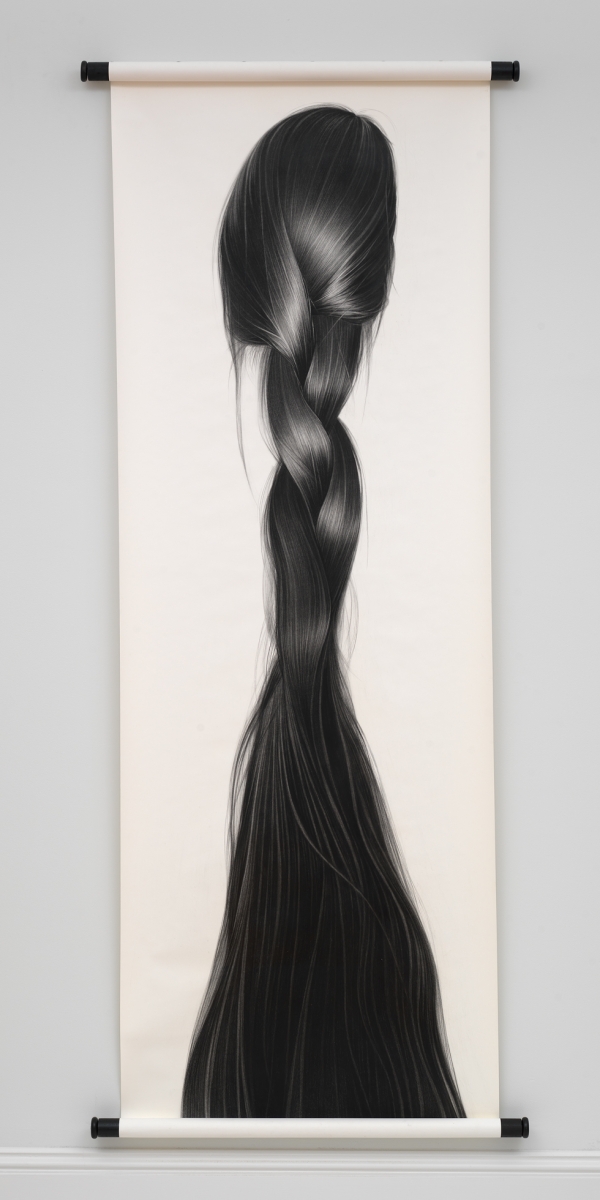 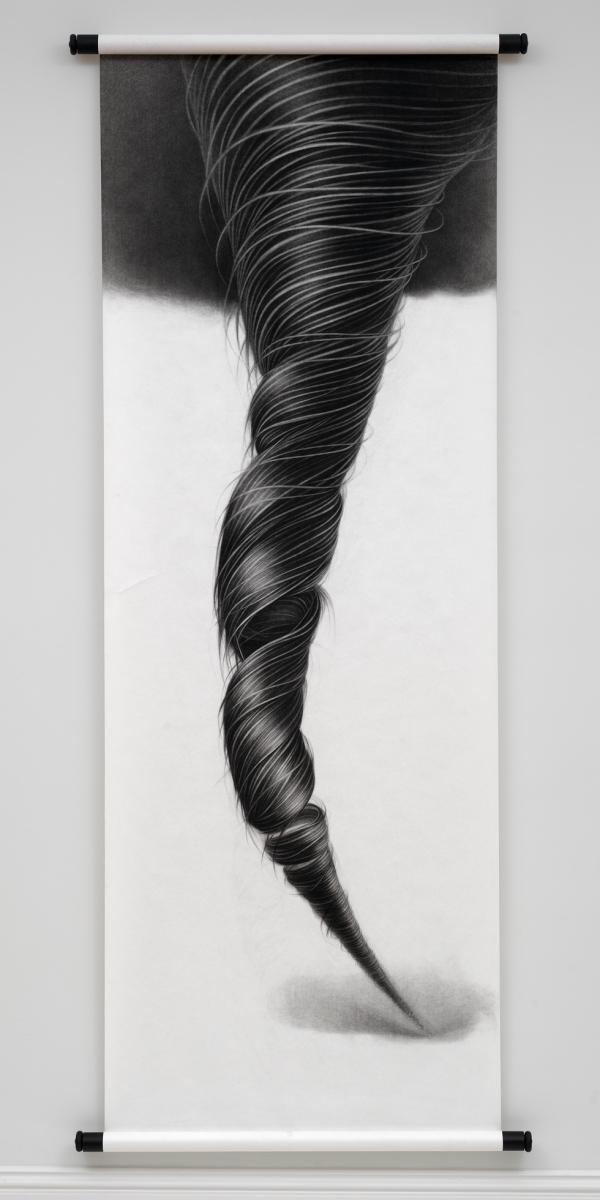 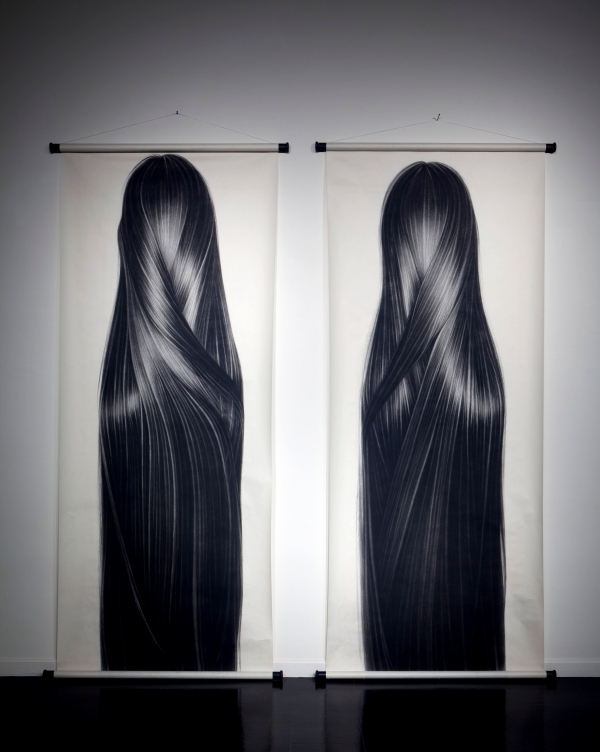 Hong Zhang (as she is known in the United States) is a Chinese-born artist living and working in this country whose work combines traditional skills with contemporary ideas. She received her BFA in Chinese painting from the Beijing Central Academy of Fine Arts in 1994 and came to the United States in 1996. After completing the MFA program at the University of California, Davis, in 2004, she moved to Lawrence, Kansas. Her work is collected and exhibited internationally.

Zhang (born 1971) references her own identity through disembodied images of long, straight, black hair. The exaggerated scale of the scrolls transforms this very personal exploration into a universal theme. The scrolls Cyclone (with its reference to Hong’s Kansas home) and My Life Strands both examine a woman’s life cycle, from radiant, untangled youth to the twists and turns of midlife.

According to Eastern culture, a young woman’s long hair is associated with life force, sexual energy, growth, and beauty. Like a portrait, the image of hair can express personal feelings and emotions.

I have had long hair since high school, and it has become a part of my identity. I use long hair as a metaphor to extend the meaning beyond the surface. The charcoal medium creates a visual image of my hair, which incorporates fine details, darkness, and illumination.

In addition, traditional Chinese culture has influenced my work, including its presentation as scroll paintings. This accentuates the length of the piece and the flow of my hair. The larger-than-life scale presents an imposing and surreal image with a three-dimensional effect.

Listen to an Interview with Zhang Chun Hong