The Yin and Yang of Water and Energy 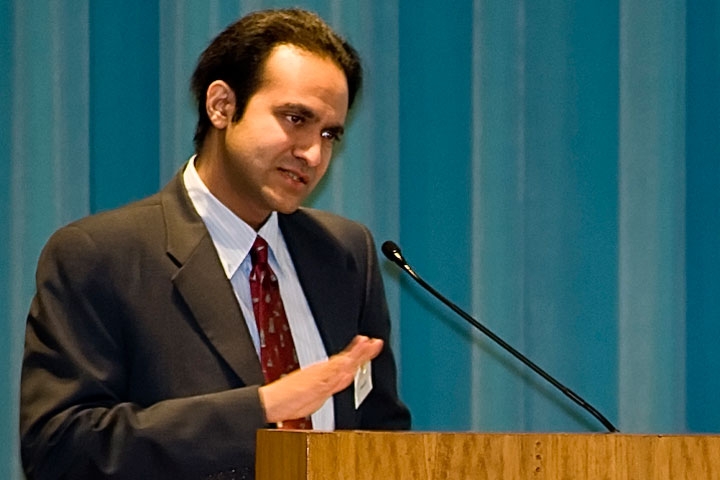 The recommendations came at the end of Ali’s lecture, “Water and Energy: The Yin and Yang of Sustainable Development in Asia and Beyond,” delivered to an audience of about 100 at the Junior League in Houston. Ali, a professor of Environmental Studies at the University of Vermont, was the first speaker in the two-part ConocoPhillips Environmental Lecture Series presented by Asia Society Texas Center.

Ali began by reviewing findings of the recent Asia Society report Asia’s Next Challenge: Securing the Region’s Water Future, on which he served as lead adviser.

In a brief tour of Asian countries, he highlighted the widespread scarcity of freshwater. “Asia basically has half the world’s population and has the two demographic giants, India and China, but per capita Asia has less water than any other continent other than Antarctica,” Ali told the audience.

Pakistan, Ali continued, has the “very dubious distinction” of having the lowest water availability per capita in Asia, with India not far behind. Laos, by contrast, has “more water than it needs,” but the lack of infrastructure means the surplus can’t be used to benefit its neighbors.

“We’ve focused on these megadams. But if we focused on small hydro I think we’d have a very different story,” he said.

While water is required to generate energy, Ali continued, energy is needed to produce safe drinking water. Desalinization in particular requires enormous expenditures of energy, but Ali argued that it should be a pillar of future water policy.

To solve the world’s energy problems, Ali recommended looking to the ocean. Harnessing wave and tidal power could be part of the answer, he suggested, along with the use of algae as a biofuel. Among algae’s advantages: It would not require diverting farmland from food production, nor would it require  radically redesigned car engines. It could be also be grown in relatively small areas along coastlines, Ali explained.

In urging Houston energy companies to embrace renewable energy, Ali noted that Texas is already a center for wind power. Houston, with its critical mass of energy companies and its proximity to the warm waters of the Gulf of Mexico, is well-suited for experimentation in biofuels and desalinization, he said.

With regard to water consumption, Ali called for Americans to reexamine their usage patterns. Every day the average American uses 115 gallons of water, a figure three times that of Denmark, he said. In Mozambique, per capita use is only 2.3 gallons. “So we do need to be a little bit self-evaluating.”