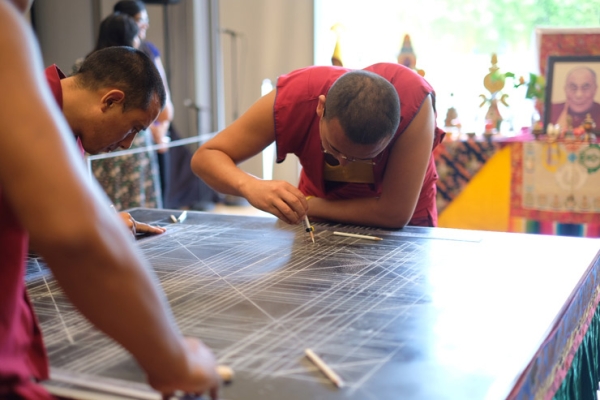 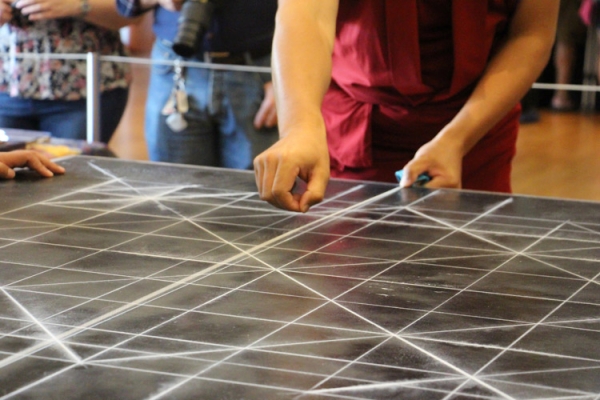 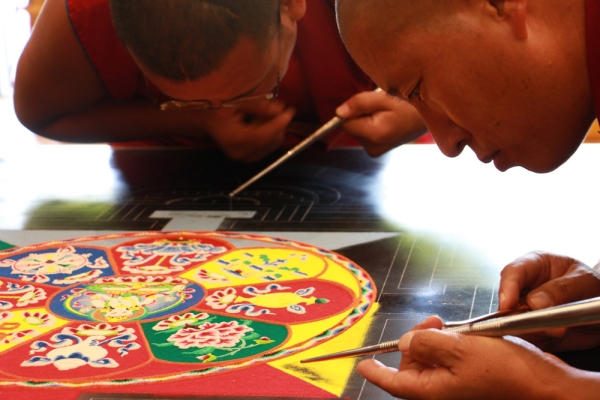 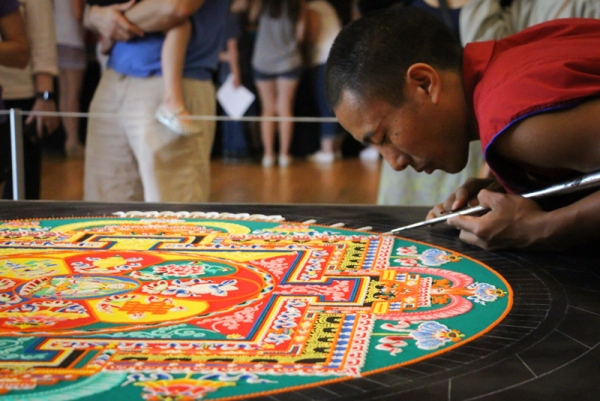 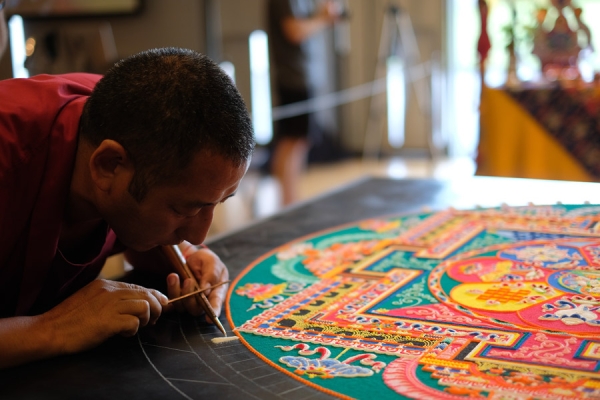 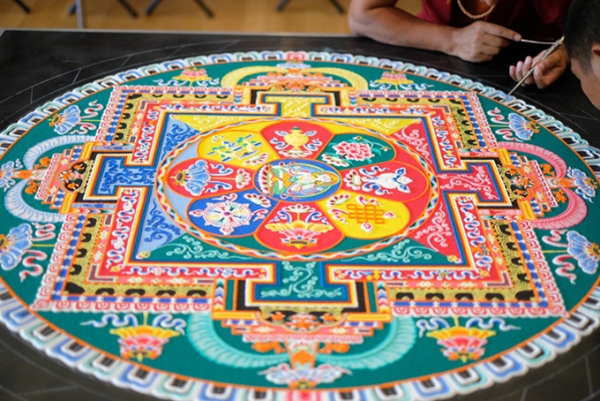 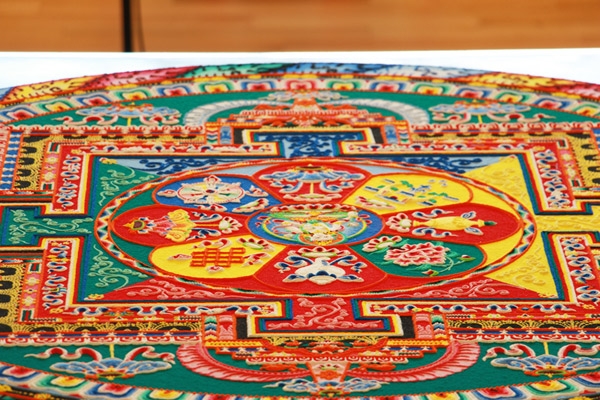 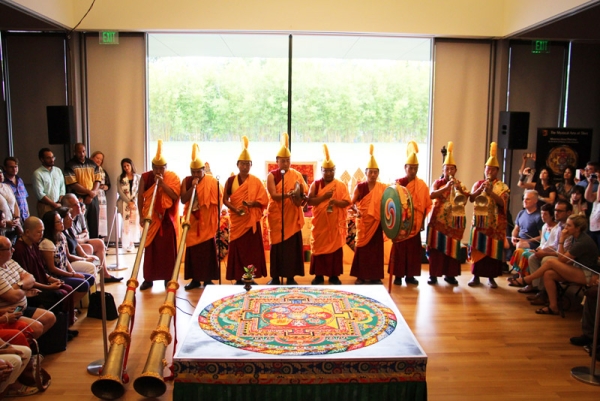 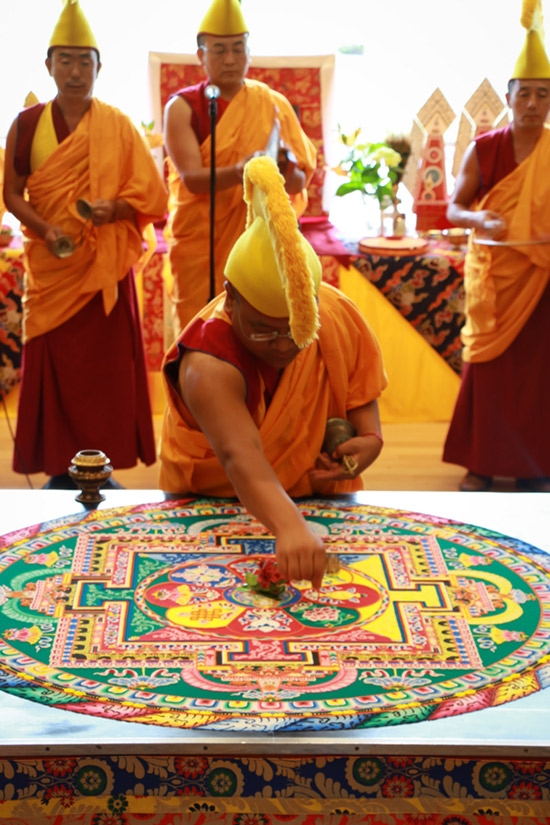 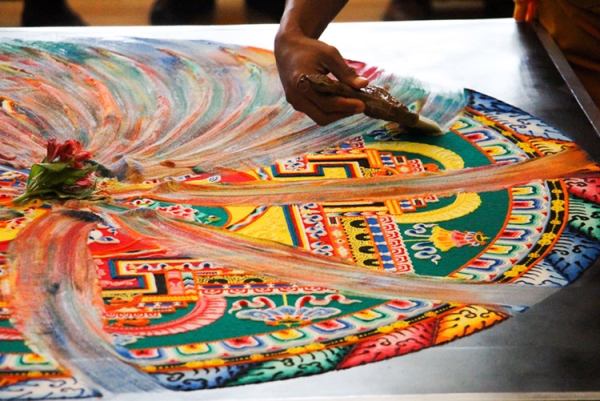 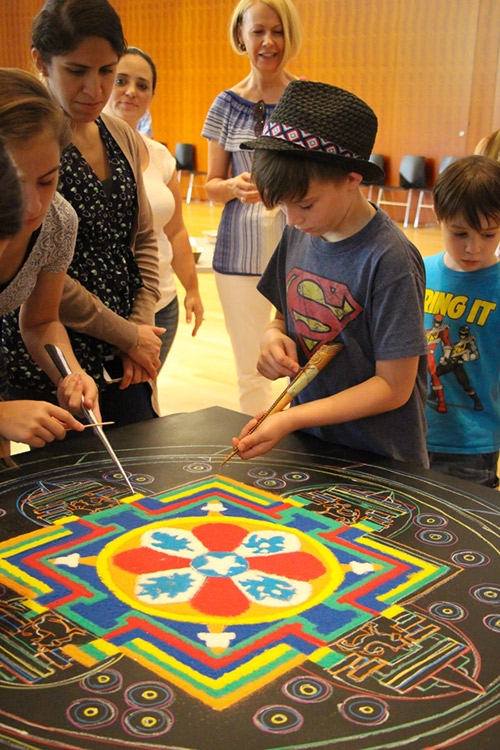 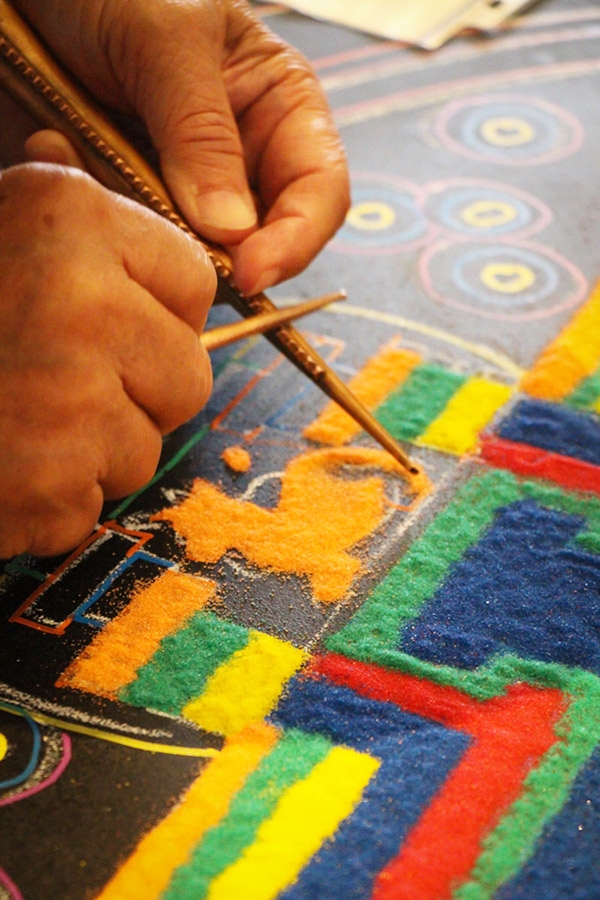 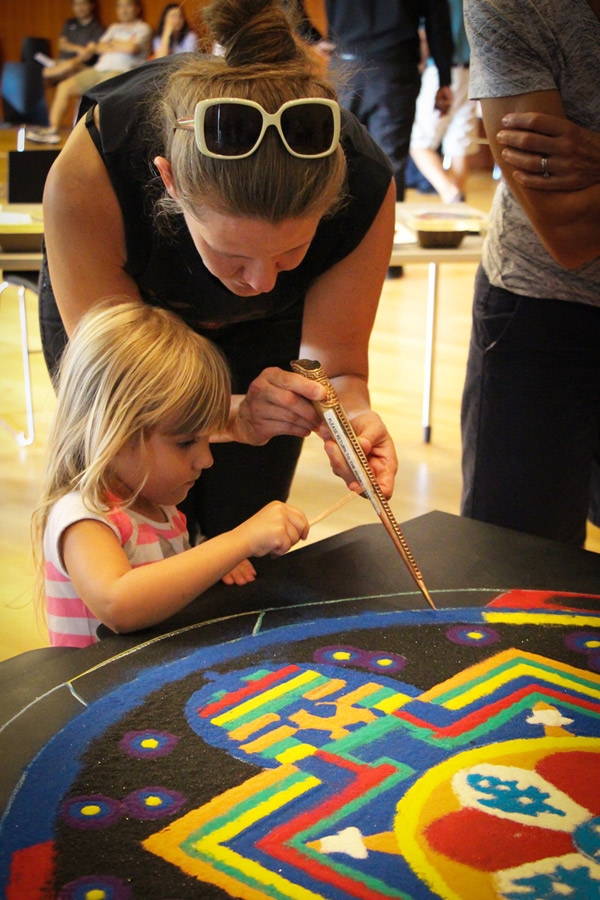 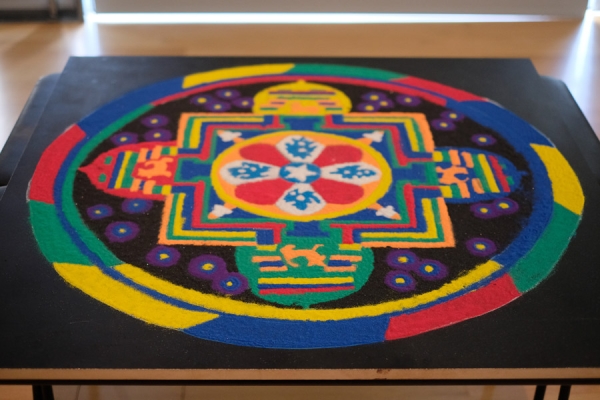 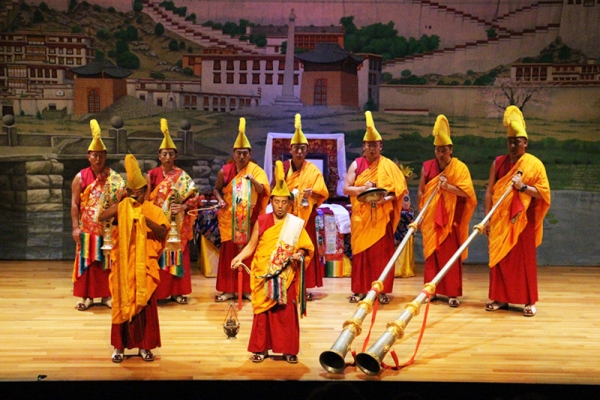 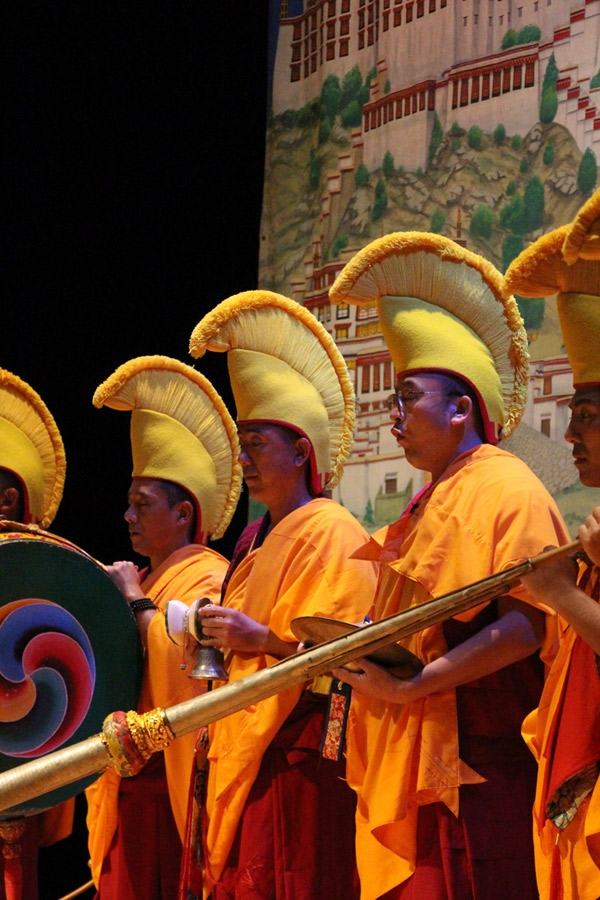 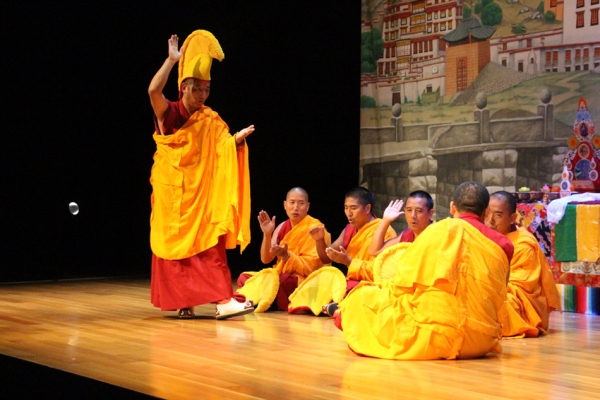 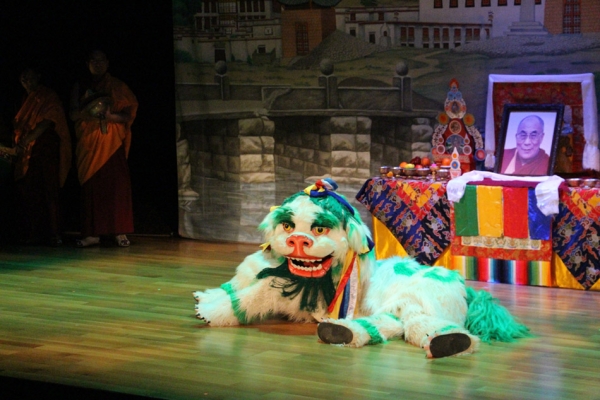 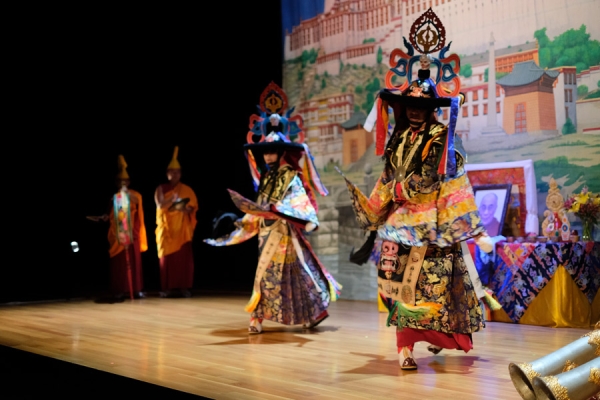 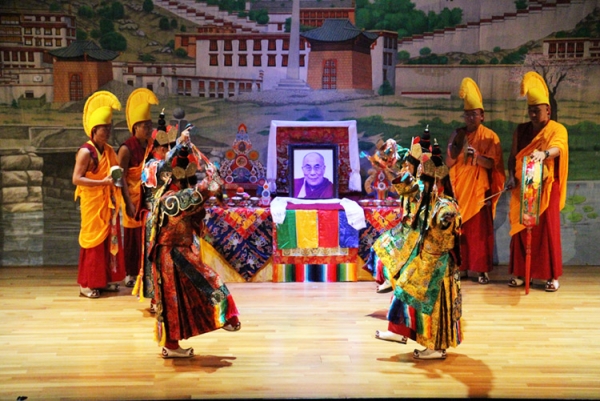 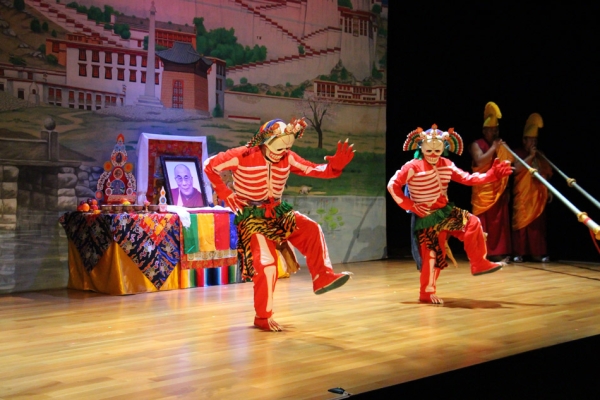 HOUSTON — Asia Society Texas Center recently welcomed the Tibetan Buddhist Monks from Drepung Loseling Monastery to Houston for the third year. In the Edward Rudge Allen III Education Center, more than 2,100 visitors observed The Mystical Arts of Tibet, where over four days the monks created a White Tara (Buddha associated with longevity and success) mandala sand painting. This ancient artistic tradition of Tantric Buddhism began with an opening ceremony of chanting, music, and mantras to call upon the forces of goodness. The monks outlined the mandala before filling it in with millions of grains of colored sand using traditional metal funnels called chakpur. The audience had the chance to contribute to a separate Texas-themed community mandala on Saturday. On the final day, in a closing ceremony, the monks swept up the mandala’s colored sands, a metaphor for the impermanence of life. The sand was distributed to the audience.

The monks presented a sold-out performance of Sacred Music Sacred Dance for World Healing in The Brown Foundation Performing Arts Theater. In an abbreviated version of a Tibetan spiritual festival, the performers dressed in traditional costumes to present dances and demonstrated the monastery’s distinct style of philosophical debate. The performance also included the multiphonic chanting known as zokkay (complete chord) the monks are world-famous for.