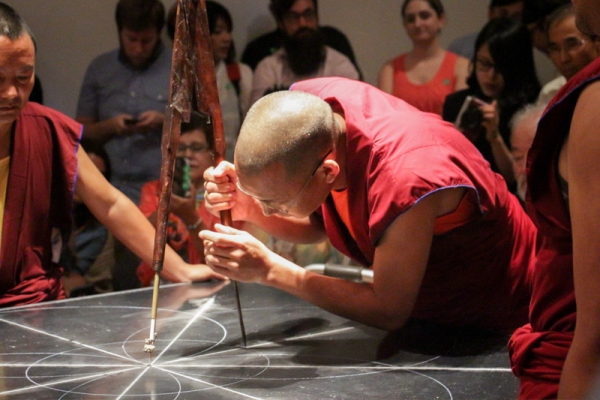 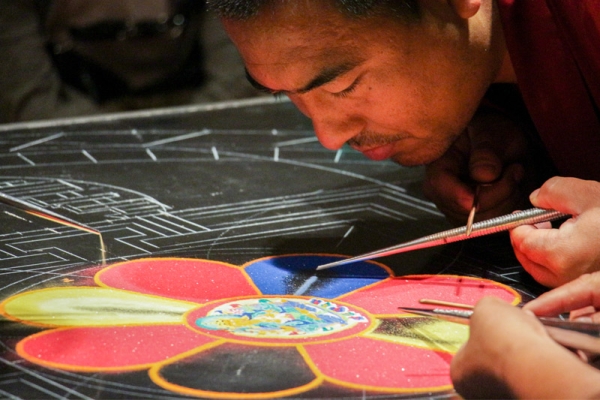 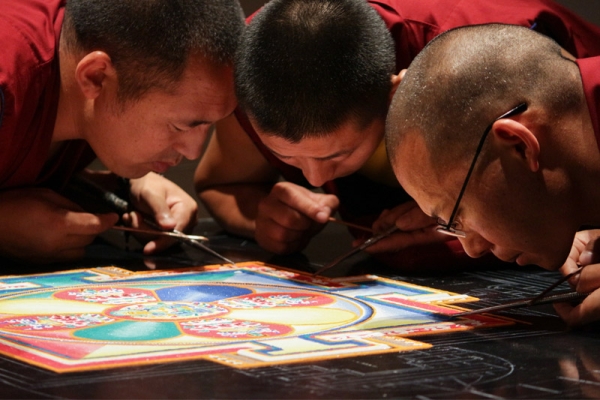 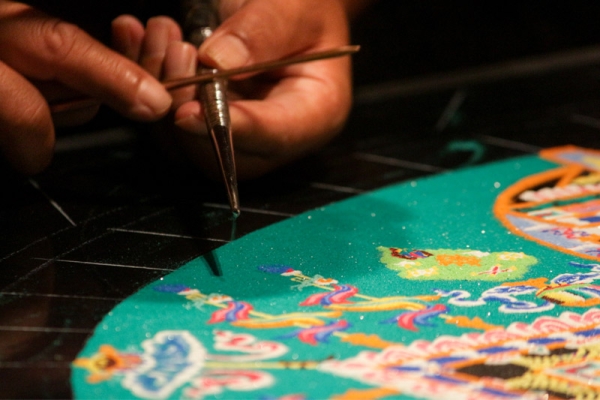 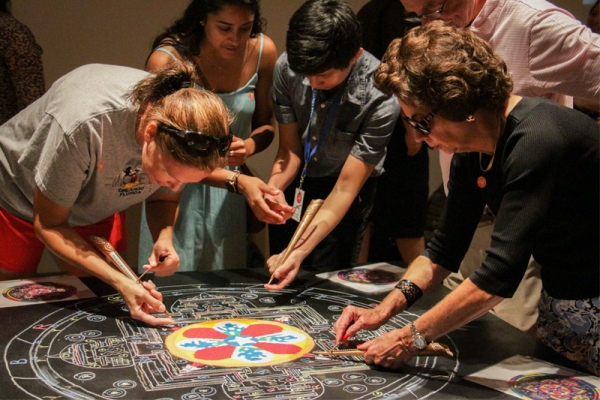 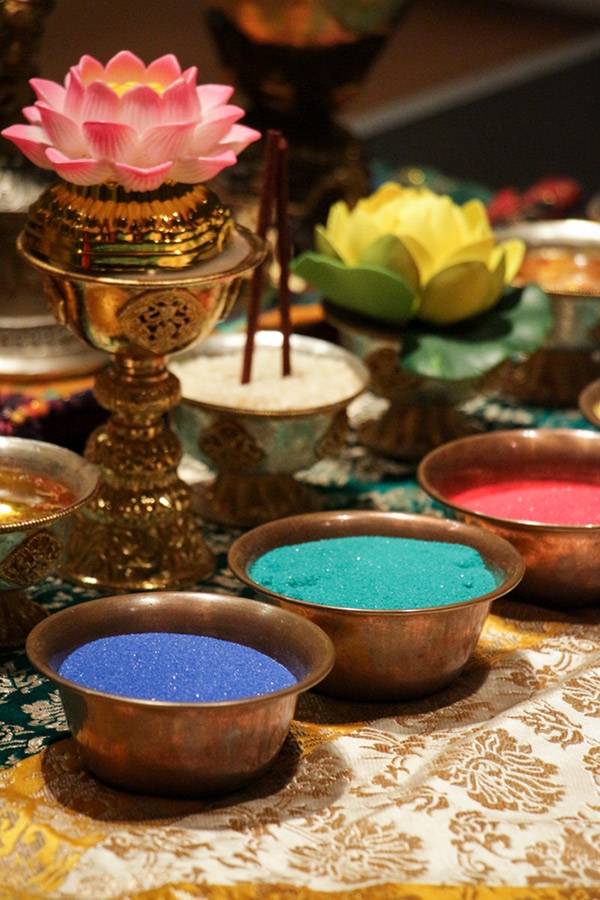 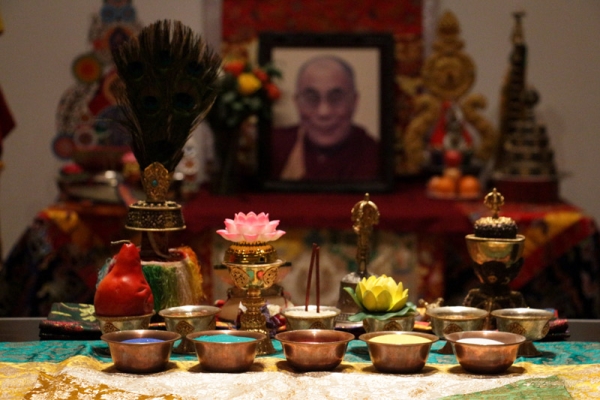 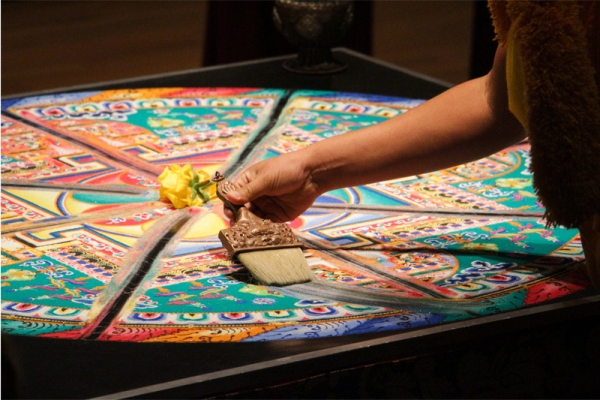 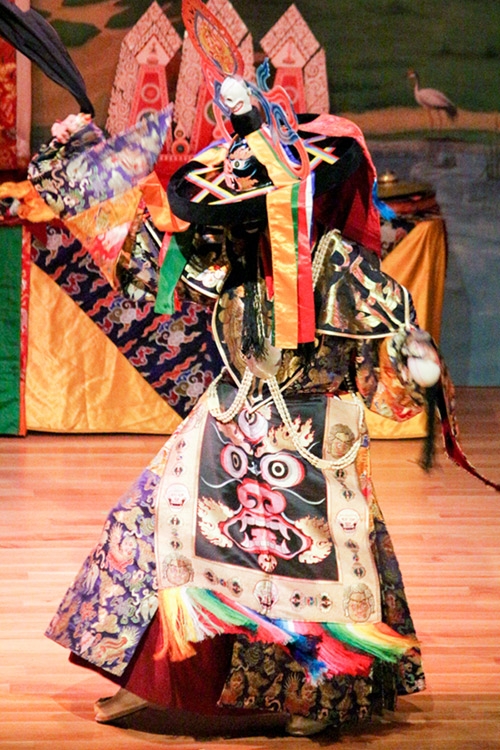 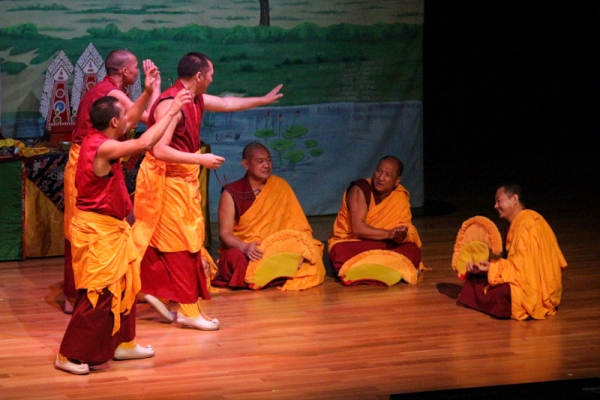 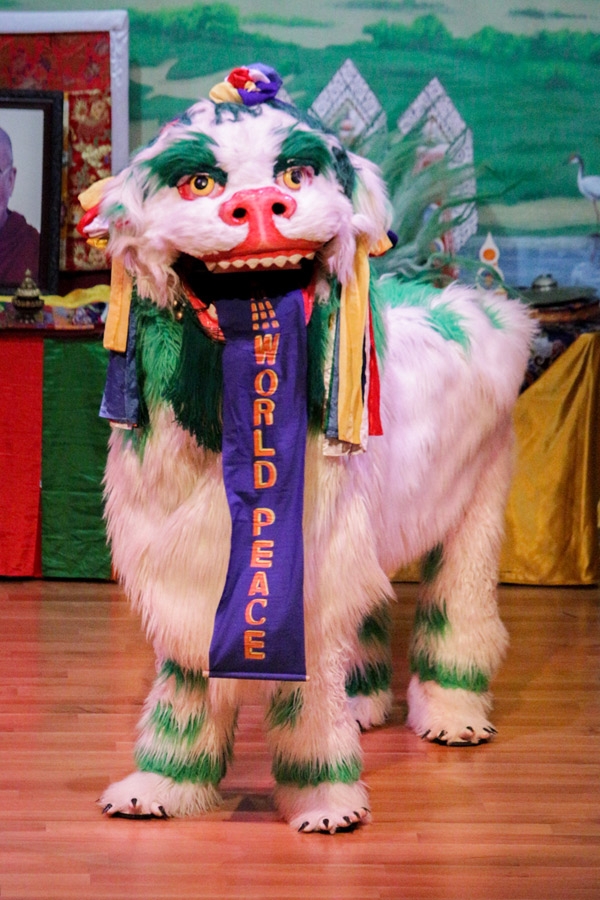 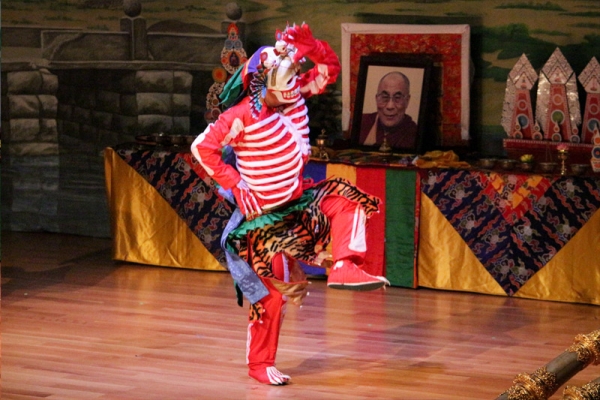 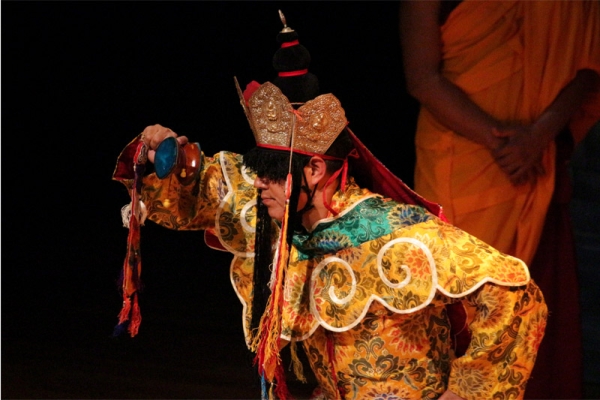 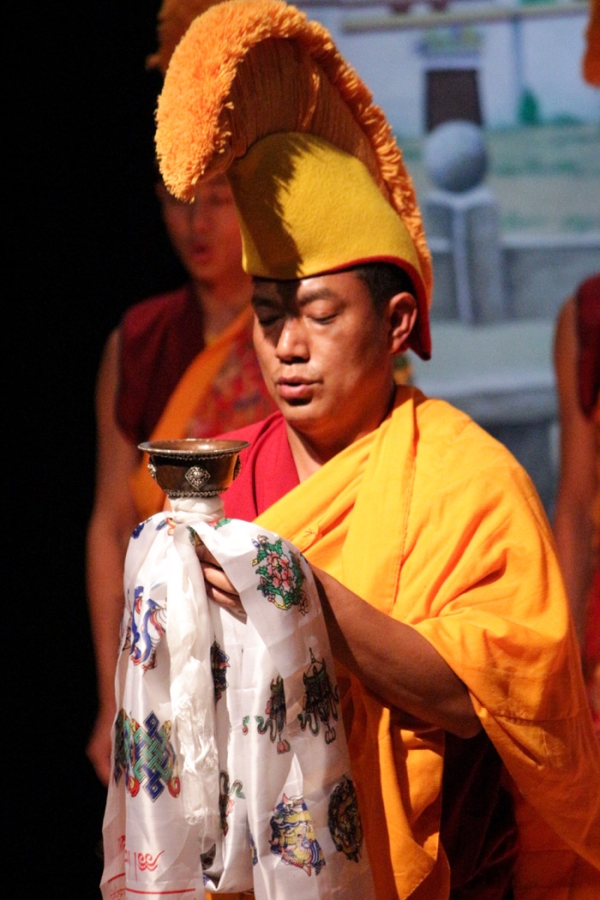 HOUSTON, August 25, 2016— Over the course of four days, Tibetan Buddhist monks from Drepung Loseling Monastery in India constructed a Manjushri (Bodhisattva of Wisdom) mandala in Asia Society Texas Center's Louisa Stude Sarofim Gallery. More than 2,700 visitors came to watch as millions of grains of sand were carefully laid into place to invoke world peace and healing.  The ritual was complemented by a Sacred Music Sacred Dance performance on Saturday that included multiphonic singing, traditional instruments, rich costumes, masked dances, and lively philosophical debate. On Sunday, an hour after its completion, the sand mandala was swept away, symbolizing the impermanence of life.

This was the monks' second visit to Asia Society Texas Center. The exhibition in 2015 involved the creation of an Akshobhya (the Unshakable Victor for Conflict Resolution and Peace) mandala. Similar to this year, guests were also able to try their hands at using the chakpur, the tool monks use to funnel sand onto the mandala, by contributing to a Texas-themed mandala.