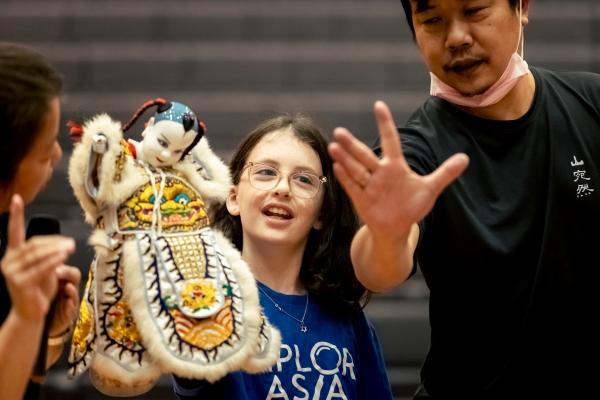 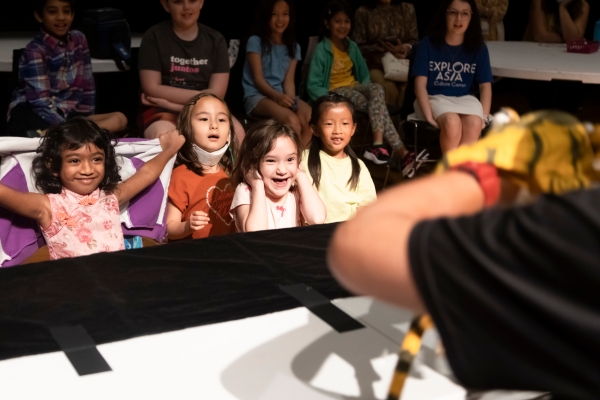 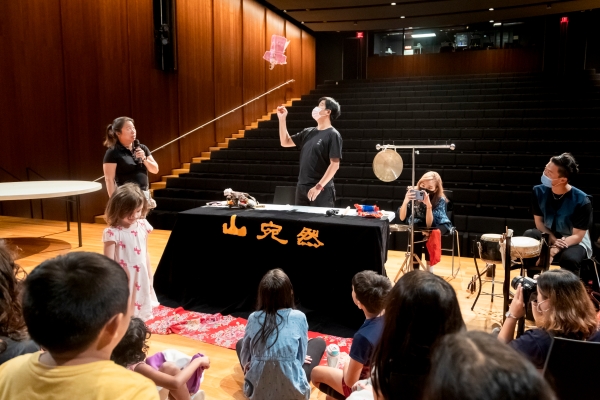 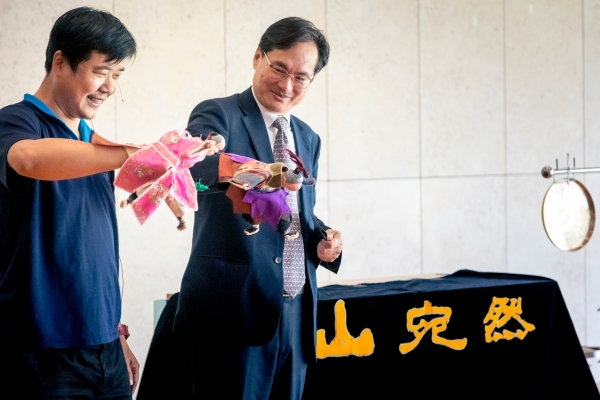 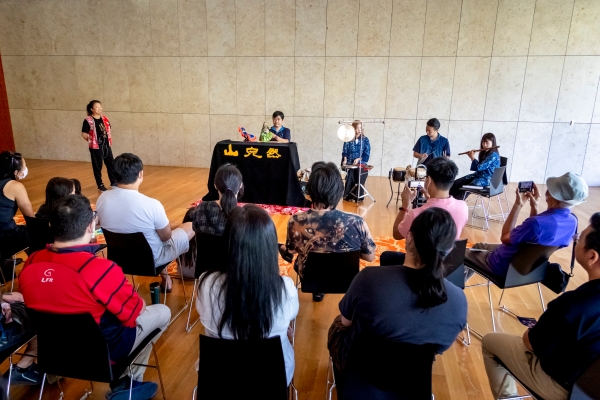 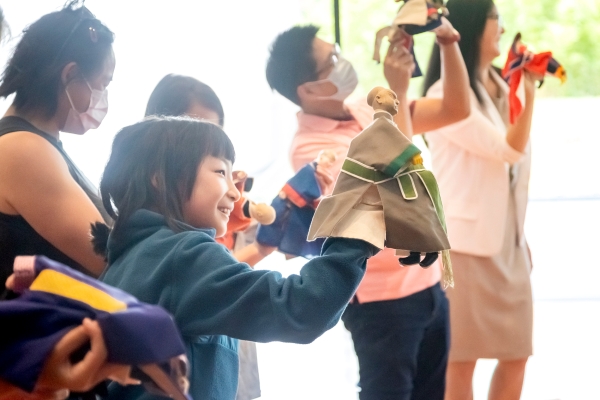 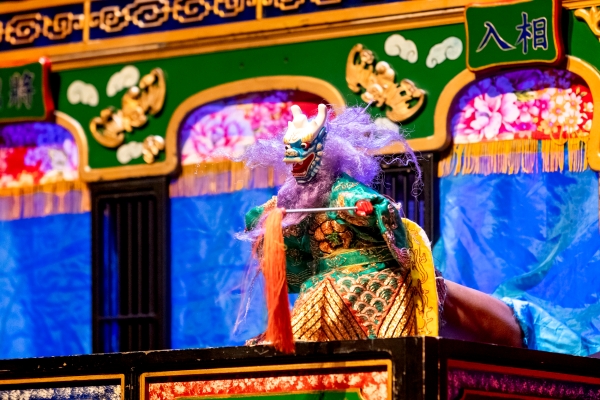 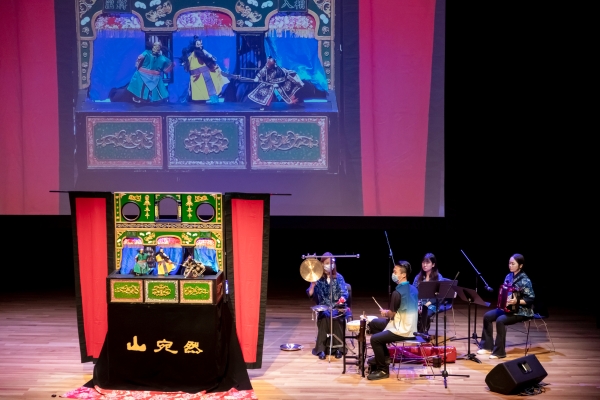 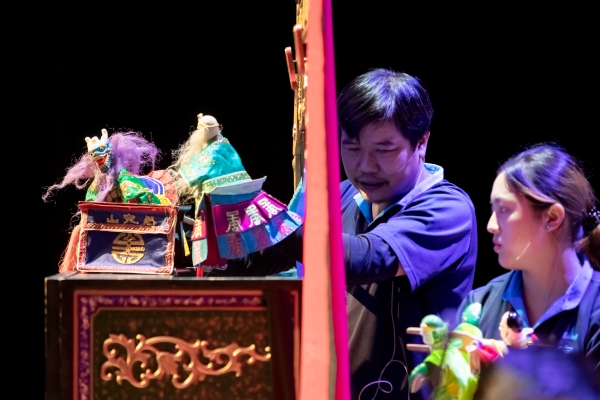 HOUSTON, September 7, 2022 — Taiwan's acclaimed Shan Puppet Theatre brought the art form of traditional Taiwanese puppet theatre to Asia Society Texas, where puppet master Huang Wu Shan and the troupe presented workshops and a stage performance. One of the only puppet troupes to perform in the Hakka language in Taiwan, Shan Puppet Theatre educated guests of all ages in the art of hand puppetry, the music and acting styles, and the entertaining stories that have captivated audiences for generations.

On Friday, August 12, Asia Society Texas’ “Puppetry of Asia” summer campers enjoyed a special treat as the troupe shared how to hold and act with the puppets via varying motions, as well as different character types featured in traditional shows, from princesses to tigers. The campers, ranging from ages 6 to 12, also learned about the different instruments in the ensemble that accompanies the show, including drums and the erhu. Each camper received their own hand puppet that they could decorate for their own characters and stories.

The following day, Shan Puppet Theatre presented a morning workshop for the general public, which also featured musical performances and the opportunity to perform with the hand puppets. The afternoon featured the troupe's performance of the play Adventures in the Crystal Palace, which tells a story from Journey to the West in which the Monkey King visits the underwater Crystal Palace and battles the Dragon King. The performance was projected on a screen behind the performers so that the audience could see the intricacies of their movements. In a Q&A with Huang Wu Shan following the performance, many adult audience members reflected on the vanishing art form of Taiwanese hand puppetry, which they had seen on television or in street performances as children and which underlined how special it was to see this artistry brought to Houston. 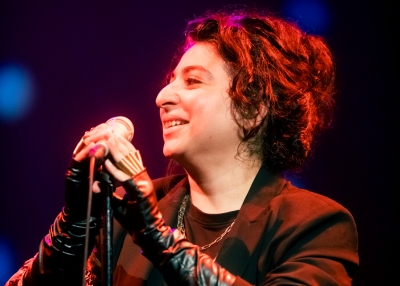 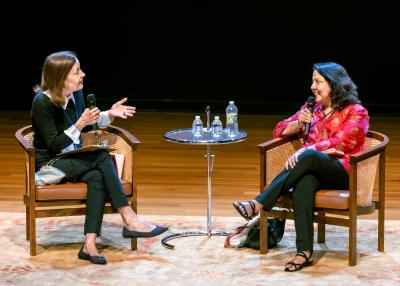 In partnership with Teamworks Art and Inprint, Asia Society Texas presented the fifth annual JLF Houston for its first in-person literature festival since 2019. 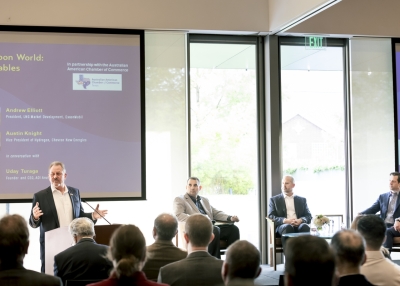 In partnership with the Australian American Chamber of Commerce, Asia Society Texas hosted a panel discussion around the future of energy in Asia. 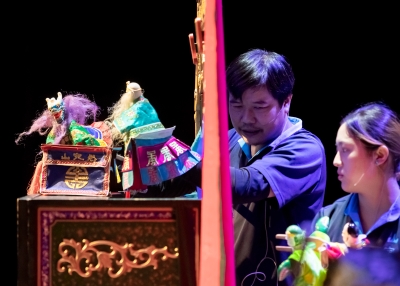 In partnership with Taiwan Academy in Houston, Asia Society Texas welcomed Shan Puppet Theatre for workshops and a performance of 'Adventures in the Crystal Palace.' 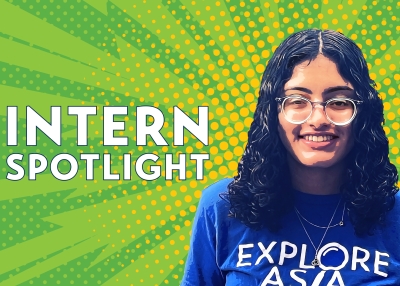 Our Education and Outreach team loves working with student interns! Hear from university intern Nayeli Soto, who is enjoying interning with our summer camps! 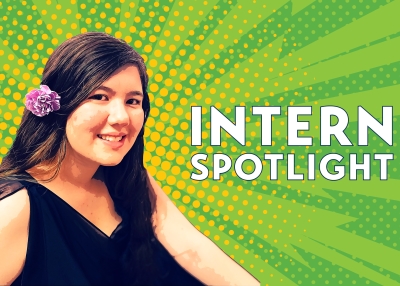 Our Education and Outreach team loves working with student interns! Hear from university intern Katalina Li-Kroeger, who is enjoying working with our summer camps!