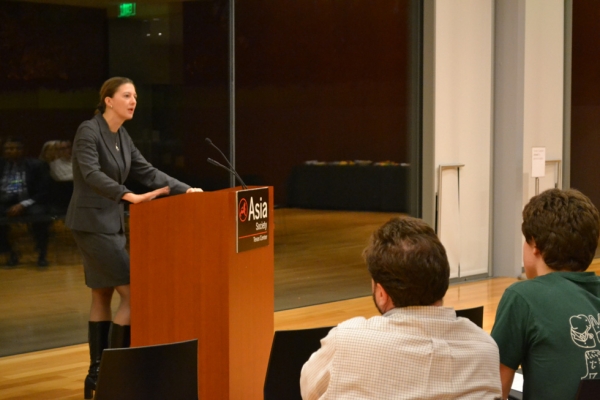 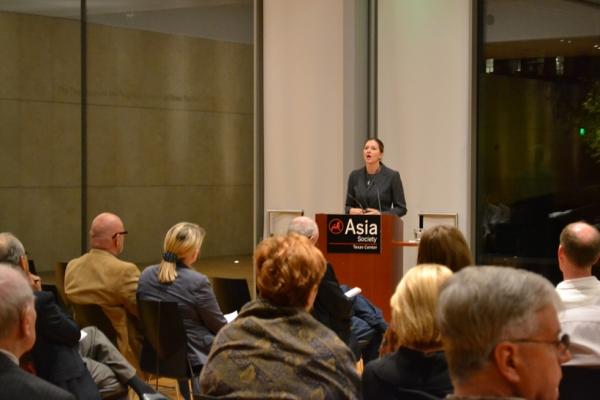 “Although for many Afghans conditions have improved dramatically with respect to personal freedom, both economic conditions and security are very precarious,” she said.

A senior fellow at the Brookings Institution, Felbab-Brown delivered her sobering assessment in a talk at Asia Society Texas Center. She is author of Aspiration and Ambivalence: Strategies and Realities of Counterinsurgency and State Building in Afghanistan, a book for which she did extensive fieldwork in the country.

Afghans remain deeply conflicted about the past decade of U.S.-led foreign involvement in their country, she said. “There’s a great deal of impatience, a desire for full sovereignty. At the same time, they have a tremendous fear of what Afghanistan will look like if no foreign troops are left in the country.”

The security situation is far worse than it was in the early years of the war, she said. “The Taliban has been weakened but is hardly defeated. It still has enormous sway in the south and the east and is more than capable of 2014.”

To those who blame the precarious state of Afghanistan on an overly ambitious U.S.-led effort at nation-building, Felbab-Brown counters that the United States did too little rather than too much—“critically too little in underemphasizing good governance.”

Afghans are bitter and angry not only about the security threats from the Taliban but about the resurgence of the warlords and a corrupt, ineffectual Karzai government they liken to a criminal mafia, she said.

In talking to Afghans throughout the country, she was struck by the contrast they drew between Taliban rule and the current situation.

“They say, ‘We don’t like the Taliban. When they were in power they were extraordinarily brutal and destroyed economic and social services. However, there was security. It was predictable brutality to which we could adjust. Whereas afterwards what we had was highly unpredictable security—insecurity could come from many sides.’”

She said Afghanistan faces a “triple earthquake” during the 2014 transition to life without a large U.S. military presence. Three questions come to the fore:

First, can the Afghan military, on its own, handle the Taliban, and can it avoid fracturing along ethnic lines? Second, can the country survive without foreign economic aid and develop an economy that isn’t based on opium-growing? Finally, will the 2014 national elections usher in a stable, effective central government or will they be so bitterly contested as to tear the country apart?

The answer to these questions will affect negotiations with the Taliban—whether they lead to a new civil war or to a Northern Ireland-like accommodation among the parties, she said.

Much will depend to on whether a younger generation of educated, urban Afghans can push successfully for better governance.