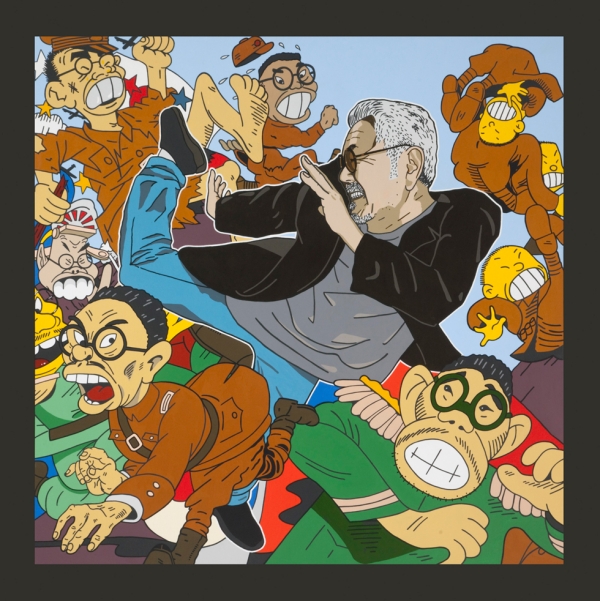 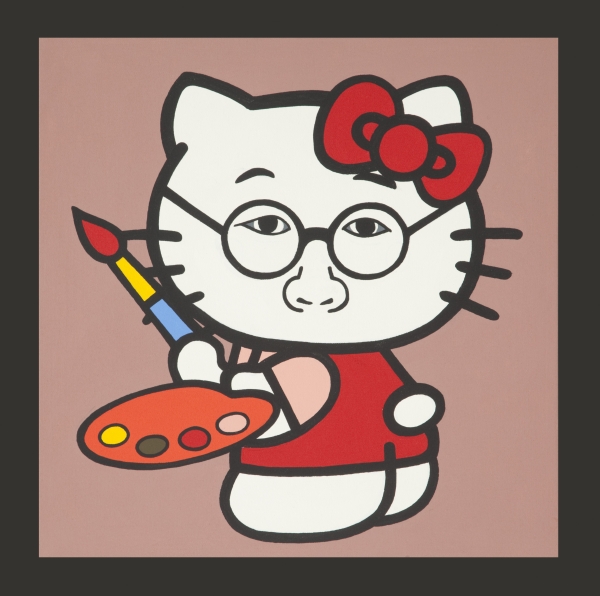 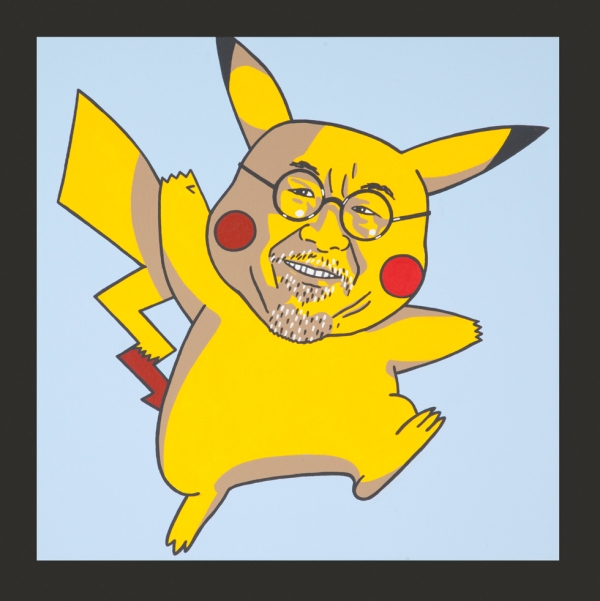 Since 1969, Roger Shimomura (born 1939) has lived in Lawrence, Kansas, where he has served as an art professor at the University of Kansas. As a painter, printmaker, and performance artist, Shimomura has focused particular attention on the experiences of Asian Americans and the challenges of being “different” in America.

He knows well the pain and embarrassment associated with xenophobia. As a small child during World War II, he and his family were relocated from their home in Seattle to a Japanese American internment camp in Idaho. Having trained as an artist at the University of Washington and Syracuse University, Shimomura creates work that often pivots on the racist stereotypes that have been used to characterize Asian Americans.

The five paintings featured in Portraiture Now were all created in the last two years. Each is a type of self-portrait in which his own likeness takes center stage. Whether fighting popular caricatures or portraying himself as someone else, Shimomura wishes to reflect on the absurdity associated with such caricatures. Both humorous and poignant, these paintings reflect the artist’s long interest in the status of Asian Americans within American society.

I was born and raised in Seattle, Washington, a city where ethnic diversity is standard fare; however, for the last forty years, I have lived in the Midwest, where the Asian American presence is still somewhat of a rarity.

Since living in Kansas, I have found it to be routine to be asked what part of Japan I am from, or how long I have lived in this country. Just as common, subtle references continue to connect me to stereotypical “oriental” traits, both physical and behavioral.

Far too many American-born citizens of Asian descent continue to be thought of as only “American knockoffs.” This latest series of paintings is an attempt to ameliorate the outrage of these misconceptions by depicting myself battling those stereotypes or, in tongue-in-cheek fashion, becoming those very same stereotypes.

Listen to an Interview with Roger Shimomura