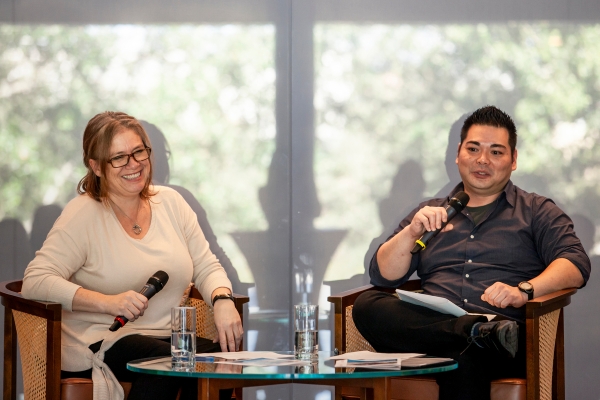 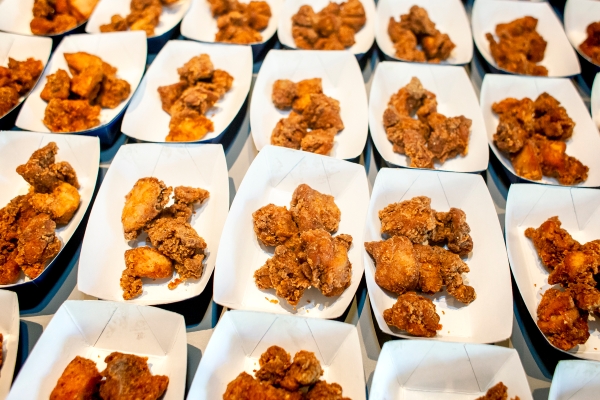 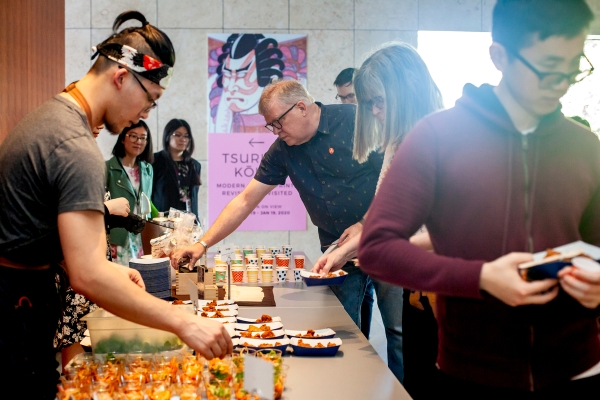 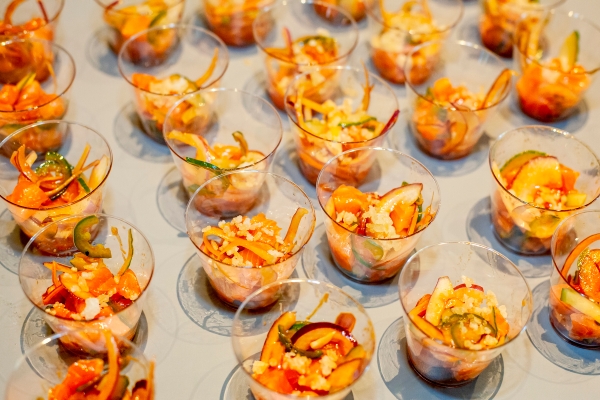 Yoshida, whose parents ran Montrose sushi restaurant Nippon, talked about lessons he learned from his father and later in Japan, Los Angeles, and Chicago. In Japan, for instance, Yoshida said he learned patience, as he was expected to wash dishes and shell shrimp for a year before he was allowed to touch a knife. Elsewhere, he learned fresh takes on Japanese cuisine from second- and third- generation chefs of Asian descent.

To Yoshida, Japanese cuisine is defined not just by a chef’s cultural background or by Japanese flavors, but also by the selection of ingredients and how they are prepared and presented. He discussed how he adapted traditional Japanese techniques to embrace local seasonal ingredients, creating food that reflects his Houston-Japanese heritage and experience. Shun’s tuna brisket nigiri is a paramount example that honors Houston’s barbecue traditions by using a classic smoking technique to prepare fish shipped from Japan.

With new restaurants constantly opening in Houston, it can be a challenge to stand out, remain relevant, and keep the doors open. Yoshida said he addresses this challenge at Shun by keeping the menu small and changing it each season to feature new ingredients and dishes. He said his goal is both to challenge his chefs and to keep customers entertained and engaged. Shun has also added a robust menu of sake and Japanese whiskey that Yoshida hand-selects. Throughout his commitment to try new techniques and keep the menu seasonal, Yoshida said he stresses the importance of consistency of quality in the food and service.

Yoshida attributes his success to a combination of long hours, hard work, and a good support system. With Shun, he is owner as well as chef, which for him means more creative freedom. For example, Shun recently added Japanese soufflé pancakes to Sunday’s menu as part of his desire to keep their offerings relevant, interesting, and of course delicious.

Following the program, the audience enjoyed samplings of salmon poke, fried chicken karaage with Cajun spices, and tuna brisket rice balls (onigiri) from Shun, along with three types of sake for tasting.