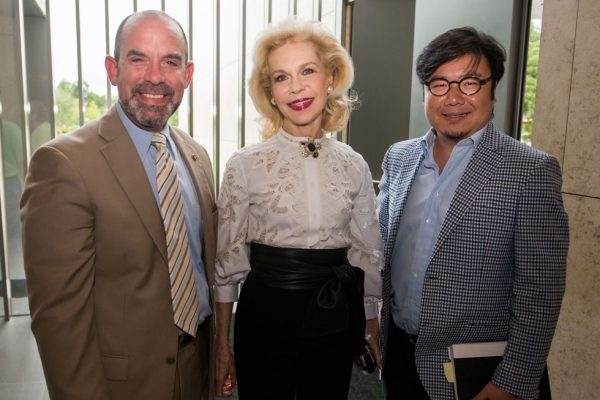 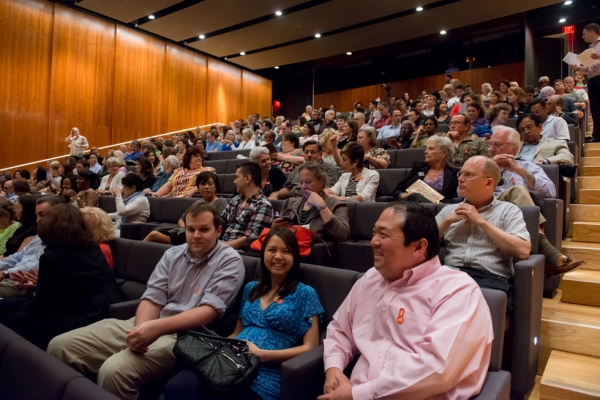 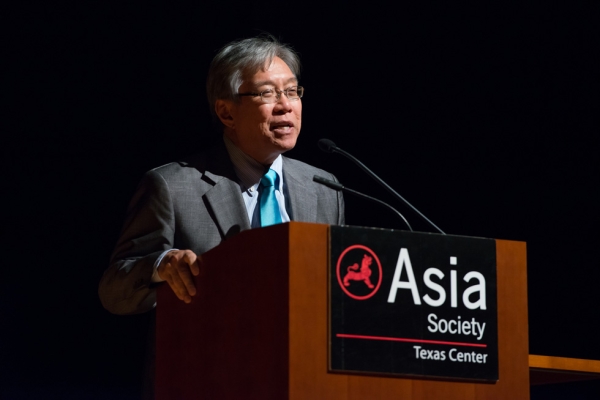 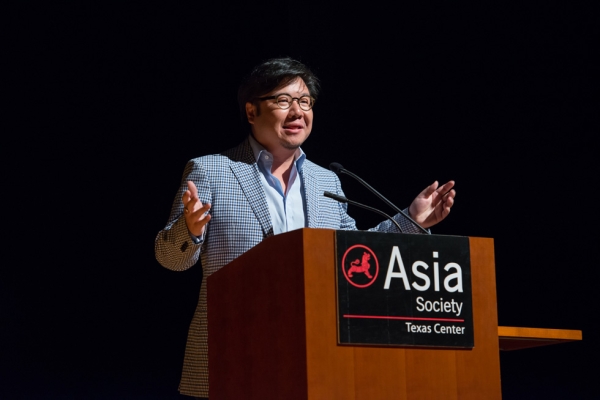 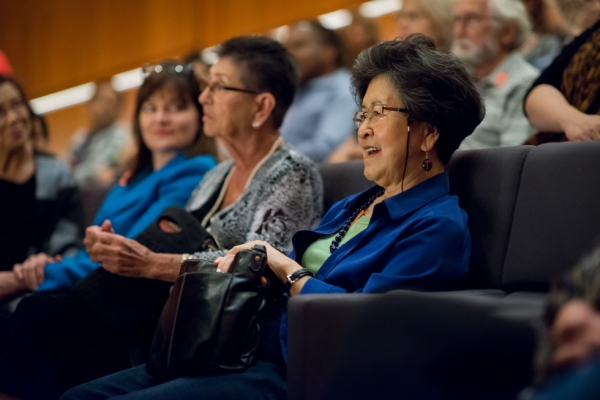 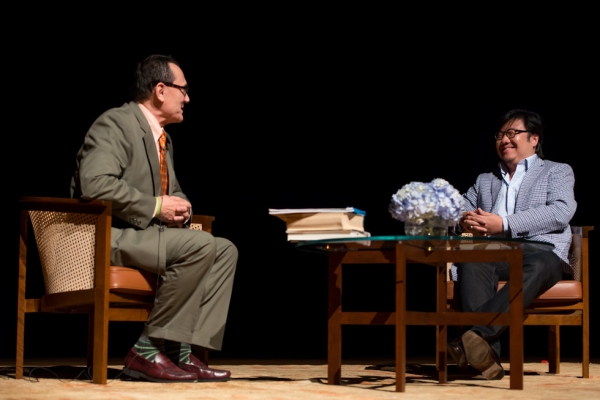 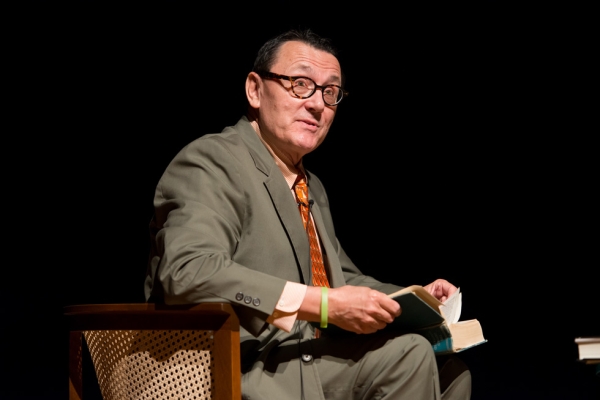 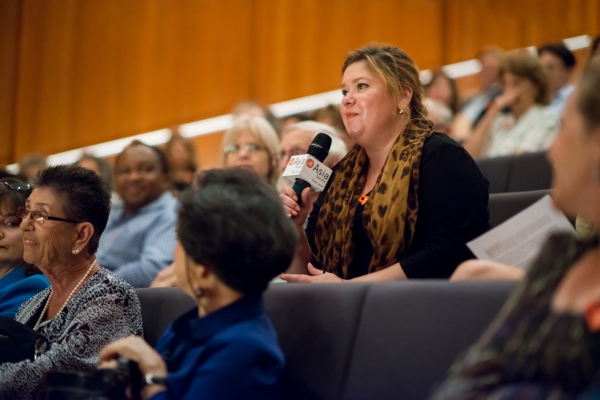 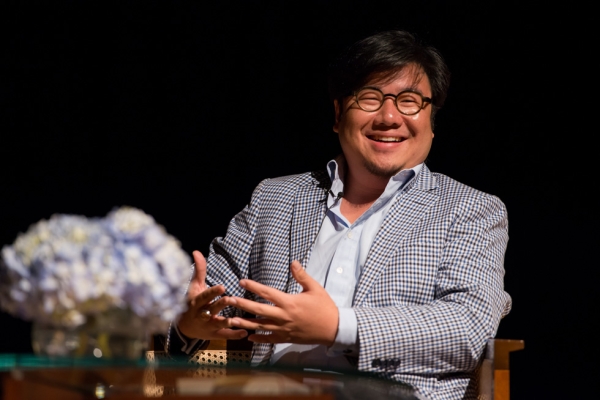 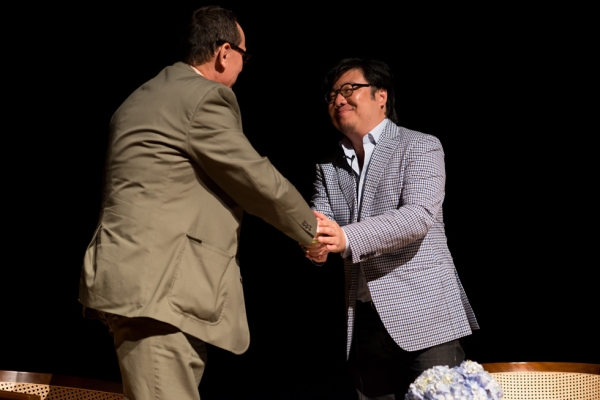 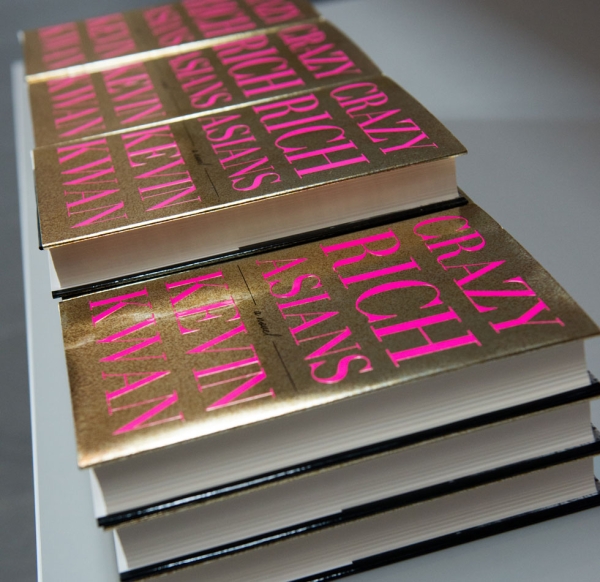 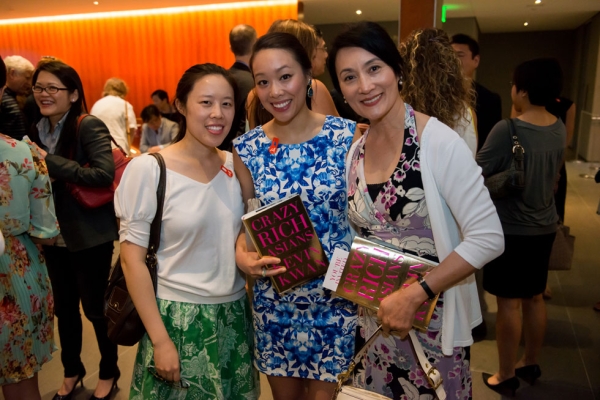 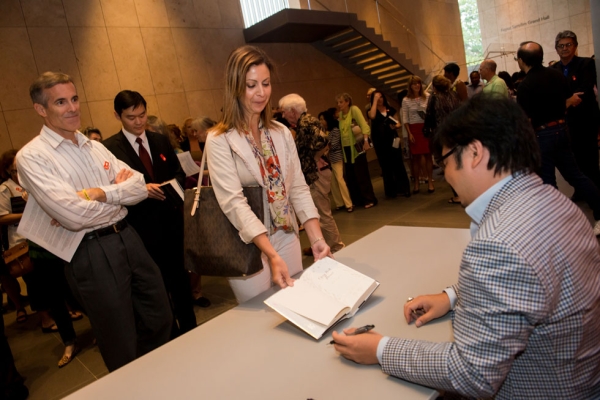 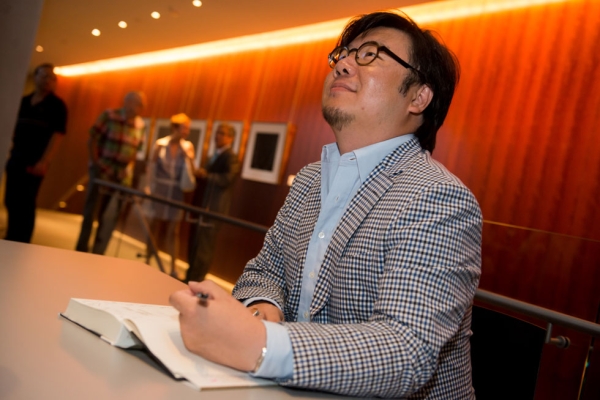 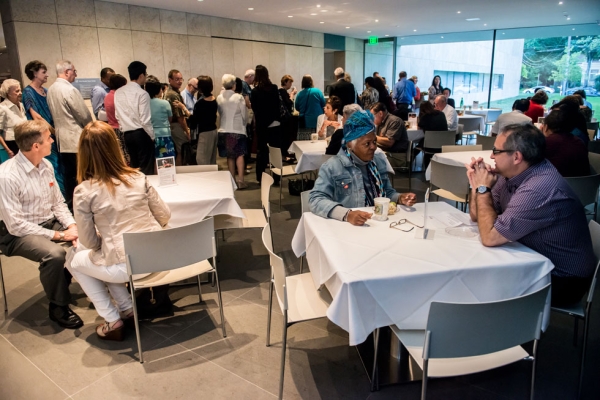 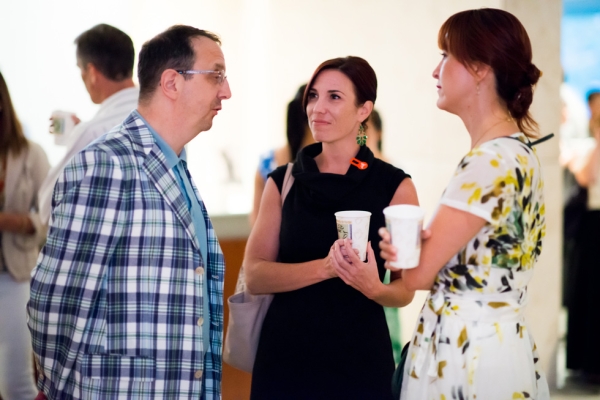 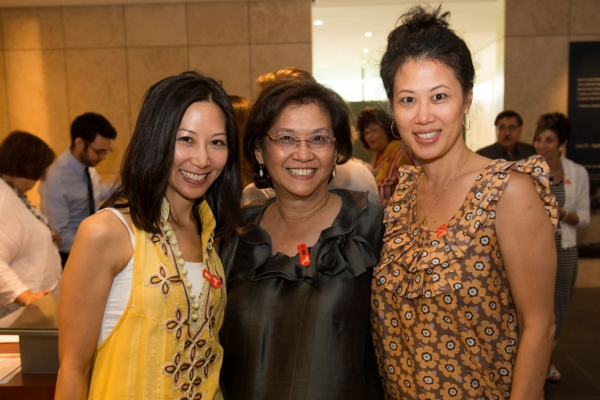 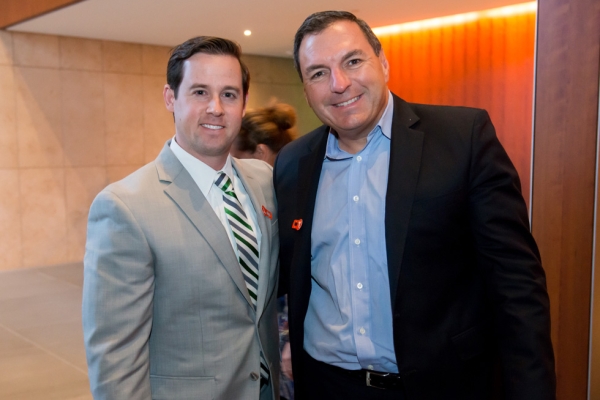 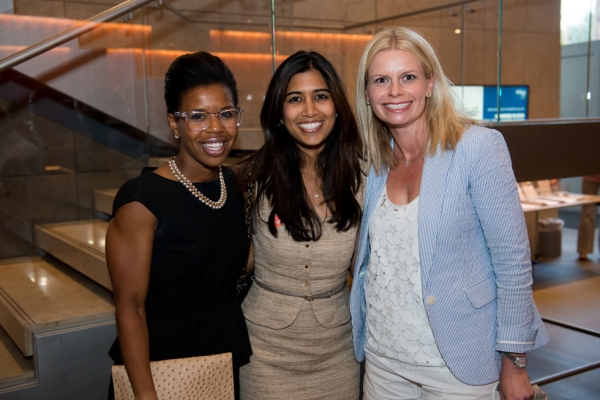 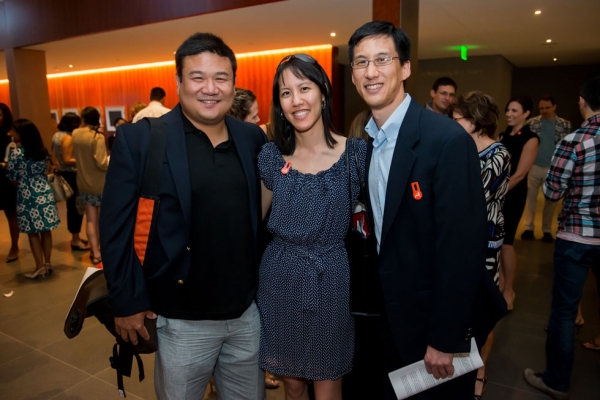 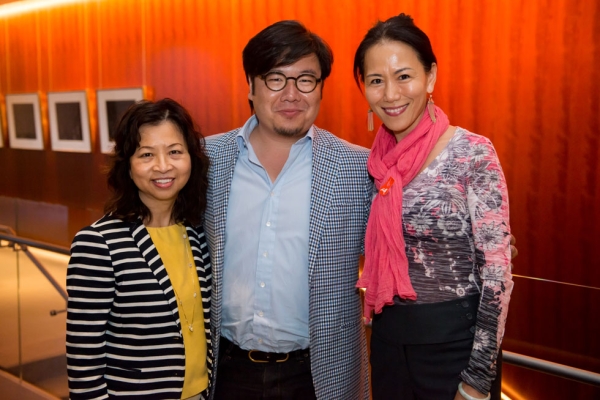 “I really wanted to introduce readers to this world that I knew and to the world of contemporary Asia,” Kwan said.

Kwan discussed the novel, which centers on three uber-rich Chinese families in Singapore and what happens when the heir of one brings home his ABC (American-born Chinese) girlfriend, before an appreciative hometown audience at Asia Society Texas Center.

Born and raised in Singapore, into the social milieu he chronicles, Kwan attended University of Houston–Clear Lake, where a creative writing class assignment provided the germ of Crazy Rich Asians and one of the memorable moments found early in the book. The work came together over two years which Kwan admitted was fast for a novel. To maintain this prolific writing pace meant keeping his Doubleday-published debut under wraps from even friends and family.

After UH Kwan attended Parsons School of Design in New York and launched a career as a fine-art photographer and designer, working for Martha Stewart Living and Interview Magazine, among others. He has also produced books with Elizabeth Taylor, Oprah Winfrey, and Gore Vidal.

After a short reading, Kwan was interviewed onstage by Edward Osowski, former president of the Houston Center for Photography, who knows the author through his photography.

While Crazy Rich Asians is a rollicking comedy, it does engage serious themes, Kwan said, including the enormous wealth disparities opening up in Asia and the struggles of Asians to adapt to a globalized world. Among his favorite writers Kwan cited masters of the novel of manners—Jane Austin, Edith Wharton, Henry James, and Anthony Trollope.

The wealth explosion and the “stark vibrancy” of contemporary Asia strike Kwan when he visits. “But nobody is telling the stories of the families behind this money and the problems that can come with all this money,” he said.

In part those stories have remained untold because overseas Chinese in places like Singapore don’t commonly flaunt their money, which may have been in the family for generations.

Unlike American counter parts who vie for attention on Forbes’ wealthiest list, there’s a cultural reticence among Asians to boast even while private ships, planes, and exquisite trips speak volumes about these families’ prodigious fortunes.

“And I think there’s something quite Chinese about it,” Kwan said. “You want to keep things private, guarded, because that’s the smart way of doing things.”

The chapter Kwan chose for his reading has a quartet of rich Chinese Singaporean matrons meeting for “Bible study” that devolves into a gossip fest about jewelry, the stock market, and the ever-present threat of Taiwanese gold diggers. In discussing the episode Kwan revealed that his family is descended from some of the earliest Chinese converts to Christianity and that his grandfather founded a Methodist church in Singapore.

“St. Paul would have hated this book,” he joked, after Osowski noted Kwan’s sly joke of making the topic of the day’s Bible study Paul’s Epistle to Timothy, with its injunction to women to wear “modest apparel” and eschew “gold or pearls or costly array.” A less receptive audience could hardly be imagined.

Fans of Kwan’s lively romp will want more, and the author plans to deliver. He hopes the misadventures of the Youngs and Shangs and T’Siens will continue through two more novels.

Asked what he had learned from Taylor and Winfrey that prepared him to write this book, Kwan characteristically mixed humor with a serious point: “To be true to your voice and to pursue your passion to the fullest. Elizabeth Taylor had a passion for men and diamonds, and she pursued that to the fullest … For me this book represents the first time I have been able to put together all the things I’ve learned in the last 20 years and really let my inner freak out.”