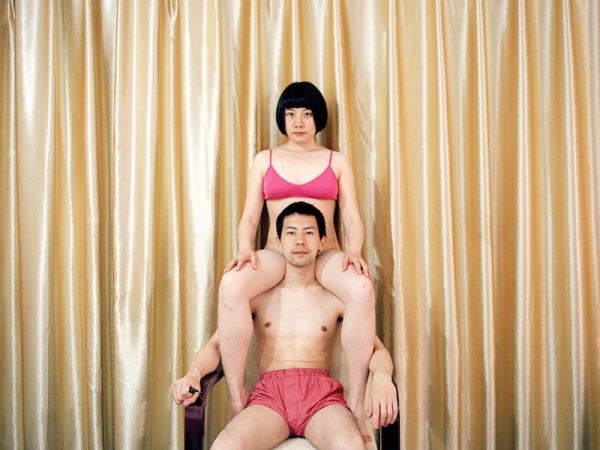 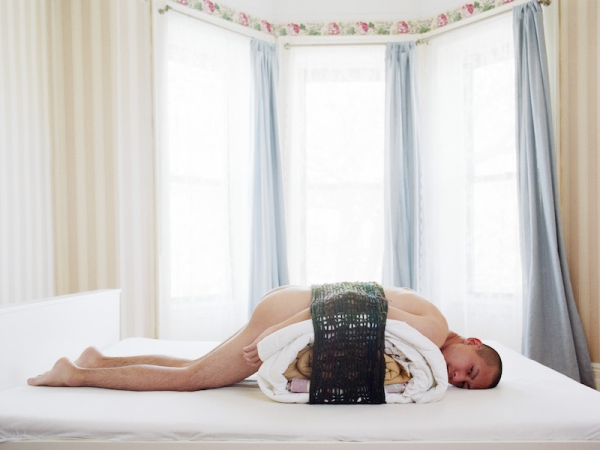 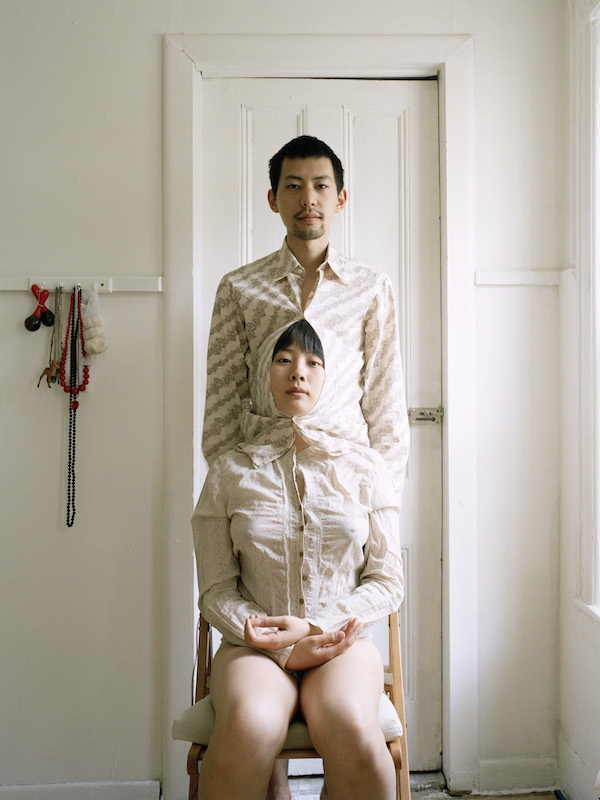 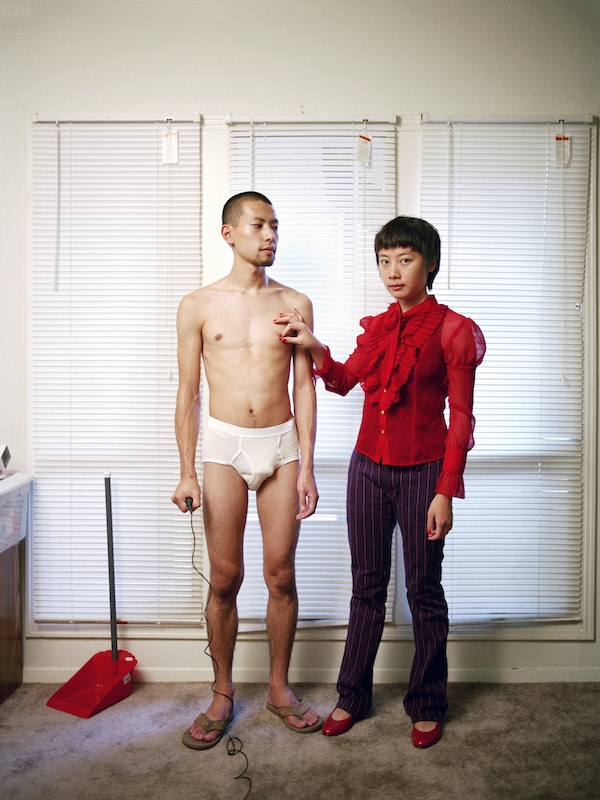 Pixy Yijun Liao has garnered awards and accolades for Experimental Relationship, an ongoing photography series she started in 2007. Collaborating with her Japanese boyfriend, Liao takes a skewered look at heterosexual relationships, often reversing the power dynamics between a man and a woman to humorous effect.

Liao is currently a featured artist in the exhibition at Asia Society Texas Center, We Chat: A Dialogue in Contemporary Chinese Art, and on April 24, she will be in conversation with guest curator Barbara Pollack about her work and topics related to the works of the nine other artists. Ahead of the program, Liao spoke to Asia Society about how Experimental Relationship started, traditional gender roles in China, and how her work has changed her own relationship with her boyfriend.

What is the main theme of your work, and what prompted you to start the photography project, Experimental Relationship?

PYL: My work mainly explores gender identity and human relationships. I met my boyfriend when I was in photography school. Before making this project, I was merely photographing him for my various class photo assignments. I kind of used him as a prop in my photos. Sometimes I would ask him to play a dead body, or be naked and fit in a suitcase. When my class saw my photos, the first thing they said was not about my photos, but, “How could you treat your boyfriend like that?” I was surprised by their reactions because it was very natural for us. I asked my boyfriend to pose for me, and he did it. They are just photographs. From then on, I started to make self-portraits with him. My best male friend asked me how I could choose a boyfriend the way men choose girlfriends, and I thought, “why not?” I was really pushed by the responses to my photos. I want to show that this relationship is okay.

How have your own ideas about heterosexual relationships continued to evolve as Experimental Relationship has grown over the past 9 years?

PYL: Growing up in China, I was always told that I need to find a man who is older and reliable, who has more experience than me and can protect me. Even though I always doubted that idea, I never thought dating a younger man would really work out either. That’s why when I titled this project in the beginning, I called it Experimental Relationship. I was really treating this project and also this relationship as an experiment. I wondered how long it was going to last and how far I could push the limit of a heterosexual relationship. After 9 years, we are still together. I have learned one thing, and that is this relationship might really work. I’ve also learned to let it grow naturally. It’s a mutual thing between two people. It can’t just go my way. It needs to be our way. When I first met my boyfriend, he was very young, and now he has grown up a lot, so our balance has changed. I have to be able to adjust to the new balance.

Has your work changed your relationship?

PYL: The project has made us partners. This project is based on our relationship and grows with our relationship. At the same time, this project has become part of our life. In the beginning, he would just do as I said, but now he participates more. He truly understands what I’m doing and he contributes his ideas or reactions during the photo shoots. If I stop shooting for a long time, he reminds me to take photos again. The more we continue in the project, the better we know each other and trust each other. I believe we are more aware of the fact that we are a couple than other couples.

How have gender dynamics shifted in China in the last 20 years?

PYL: It’s hard for me to say, as I haven’t done any research. From my own observations, I see more women are aware of the fact that women are treated unfairly in China. At the same time, I see there is more resistance to feminism in society these days. It could be because there was simply no or very little female awareness in China before.

Experimental Relationship also can be seen to describe a love and hate dynamic in a relationship. How does the project explore this aspect of relationships?

PYL: I think everyone who is or has been in a relationship experiences the love/hate dynamic at some point. As much as you love him/her, there are always times when you cannot put up with the other. The hatred comes out of love, because love is only ideal in our own imagination. In many of my photos, the pose can be explained by both love and hate, like when I’m kissing him, I’m choking him at the same time, or a hug looks both tender and aggressive. A relationship is built by two lovers and also two rivals.

What do you hope visitors will take away from your work (regarding relationships, gender norms in China, etc.)?

As an extension of Experimental Relationship, you have begun another photographic series, For your eyes only, which also explores relationships through humor. Are you continuing to work on both projects, and what is next?

PYL: Experimental Relationship is talking about a very specific relationship of my partner and I. I want to hide “us” in the new photo project, so when people look at the photos, they are seeing the photos without thinking about who the people are or if they agree or disagree with this type of relationship. For your eyes only is about body parts, colors, forms, and daily performances. I’m working on both photo projects now. In my new projects, I’m exploring the female experience through ready-made sculpture and videos.