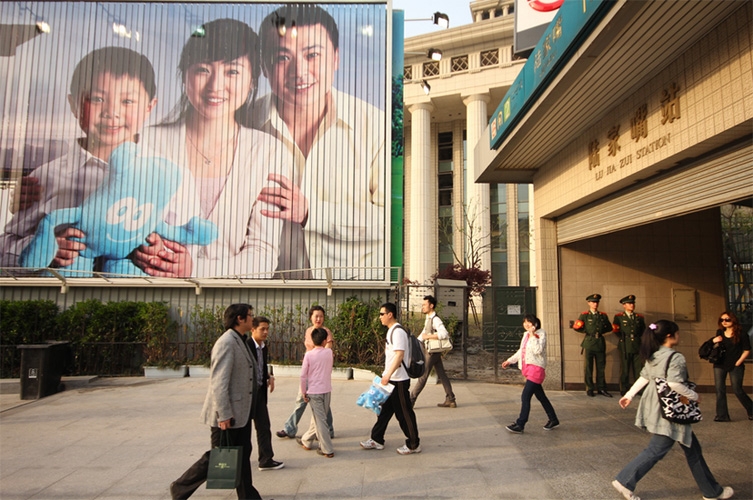 More than 30 years after China implemented its one-child policy as a means of population control, policymakers in Beijing began phasing out the policy in 2015. Unfortunately, policymakers have not yet seen the birthrate boosting effects they had hoped for. Many questions remain about China’s future demographic trends and the societal and economic implications on its population. Providing an insider’s perspective on China’s demographic issues and the one-child policy, Dr. Dudley Poston, Professor of Sociology and George T. and Gladys H. Abell Professor of Liberal Arts at Texas A&M University, will join Asia Society on April 12 for a discussion on these issues. Ahead of his lecture, Dr. Poston talked with Asia Society about his research and work with demographers from China, the resulting gender imbalance left by the policy, and the impending economic bust caused by a large demographic divide.

Can you describe your current research in sociology and demography and elaborate on your work with demographers from China?

DP: I have been studying demographic issues of China since the early 1980s. This is when China first started sending grad students to the U.S. for their education. In 1981, I was a faculty member at the University of Texas at Austin and received my first three grad students. I have subsequently supervised the doctoral committees of more than 20 Chinese students who are now professors at Chinese universities or occupy positions working with the Chinese government on demographic issues and policies. Three of my Chinese students were very instrumental in advising the government with regard to the recent disbanding of the one-child policy. Without the research and recommendations of these three students, plus others, the one-child policy would still be in effect.

I was recently elected by the Council of the American Association for the Advancement of Science (AAAS) to the rank of AAAS Fellow for — and I will quote from the letter of election I received from the AAAS — “distinguished contributions to the field of social demography, particularly for work enhancing the understanding of population growth and change in the U.S. and China.” Since the 1980s, I have published seven books (including one in Chinese) and over 100 articles and book chapters (including 25 in Chinese), all focusing in various ways on the demography of China.

Much of my research has important societal implications. My extensive work on the societal effects of China’s one-child policy (with my former University of Texas colleague Toni Falbo) has significantly influenced the modification of the policy. My analyses of China’s increasing rates of urbanization and the urban hierarchy have not gone unnoticed by Chinese government officials in their urban planning for the 21st century. My research on China’s unbalanced sex ratio at birth has generated a tremendous amount of attention inside and outside China, including government policy makers in Beijing. I have shown in a dozen or so analyses that in the past 20 years nearly 50 million boys have been born in China for whom there will not be Chinese girls for them to marry. The implications of these excess bachelors are staggering with regard to a wide range of political, demographic, and societal issues. I have shown that one very important implication is the likelihood of an HIV-AIDS epidemic in China that would rival the number of AIDS deaths in Sub-Saharan Africa, the location these days of more than 70 percent of all AIDS deaths in the world.

What are other implications of the resulting gender imbalance?

DP: There are several implications for the “bare branches,” i.e., the excess bachelors in China. One is the possibility of an AIDS epidemic. Another implication deals with national and international security and is key for U.S. considerations. This is a complex argument but may be simplified as follows. Research suggests that a government has three options to control the millions of unruly “bare branches”: 1) expulsion of them by expansionist war, 2) suppression of them by authoritarian means, and 3) inclusion of them by recruitment into the internal security apparatus. These strategies will likely lead to three negative results: 1) war and invasion, 2) the government remains authoritarian (and not democratic), and 3) there is a large amount of internal fighting. I will further discuss these issues in my lecture.

What do you see as the future effects of the policy (baby boom, economic bust, or somewhere in between)?

DP: There will not be a baby boom, but there will definitely be an economic bust. Demographic changes have already occurred at the elementary school level. In 1995, there were 25.3 million new students enrolled in school.  By 2008, that number had dropped by one-third to 16.7 million. China is thus on the cusp of experiencing a decline in new entrants into its labor force.  The days of the seemingly endless supply of young and cheap Chinese labor is drawing to a close. The number of young laborers between the ages of 20 and 29 has already dropped by 14 percent in the past 10 years and is expected to drop by an additional 17 percent in the next 20 years. This will also lead to a marked impact on the world's economy.