"Humanity, Not Partisanship" Urged in Discussion on Migration and Asylum-Seekers | Asia Society Skip to main content

"Humanity, Not Partisanship" Urged in Discussion on Migration and Asylum-Seekers 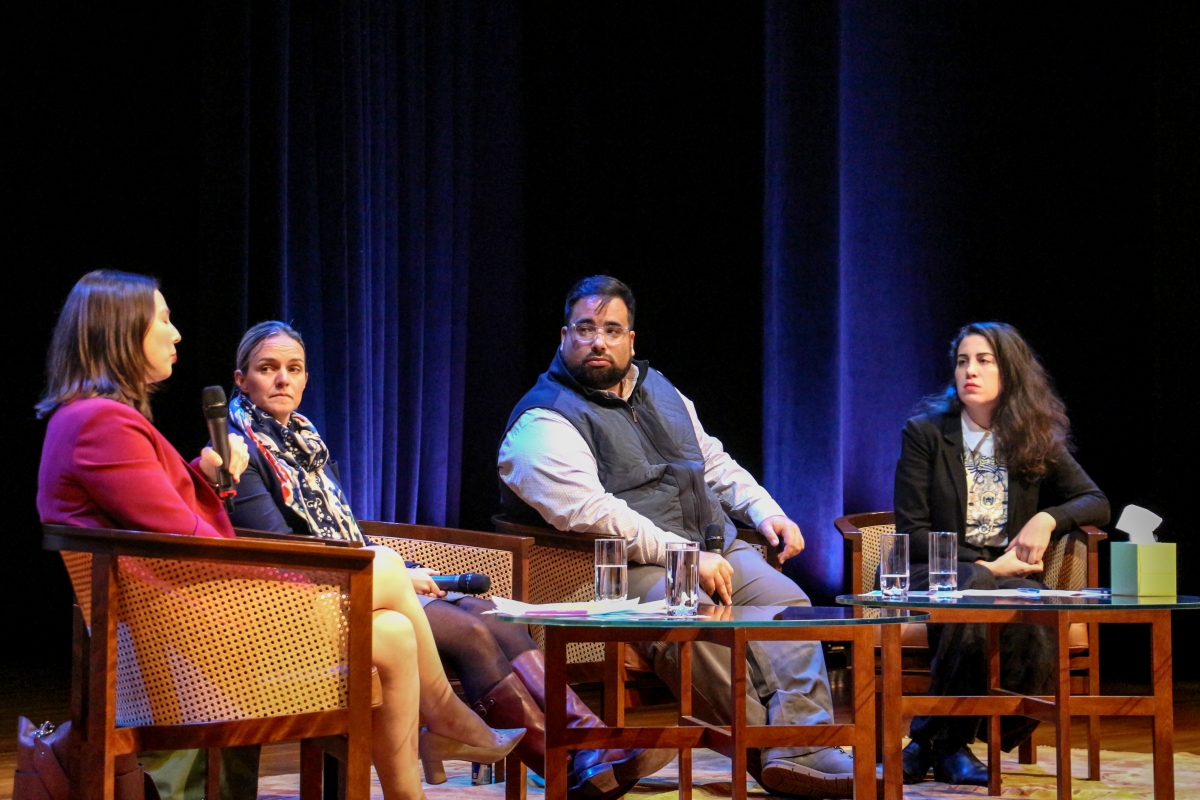 Guttin began the program by distinguishing refugees versus from asylum-seekers. She explained that both groups face persecution in their home countries, targeted based on who they are, but refugees are granted status in another country before coming to the U.S., while asylum-seekers seek status after arriving in the U.S. or at the border. In 2019, the U.S. enacted the Migrant Protection Protocols (MPP), also known as the “Remain in Mexico” policy, to require migrants arriving at the U.S. southern border to remain in Mexico while their asylum cases are processed.

The panelists had recently visited the makeshift border camps near Brownsville, Texas. Rodriguez, who spent 10 months at the border under the MPP before being granted asylum last month, also shared his personal experiences. The panelists’ remarks highlighted the perilous conditions migrants endure on their journeys to the border, as well as the ongoing anxiety, confusion, and danger they face at the encampments once they arrive. There is a shortage of food, water, and medicine, and cartels represent a constant threat of assault, rape, or kidnapping in close proximity to the camps. The courts hearing the cases are set up in tents or trailers, with roughly four attorneys to serve nearly 1,800 occupants.

The panel noted that the principle of non-refoulment — the practice of not forcing refugees or asylum seekers to return to a country in which they are liable to be subjected to persecution — underpins international refugee and asylum law. In practice, however, the system often fails, with few migrants attaining non-refoulment due to a number of challenges, such as not having a lawyer and language barriers.

Sanchez Kennedy emphasized that having an attorney makes an asylum case 10 times more likely to be successful. But the lack of sufficient attorneys, the international border that often prevents attorneys from meeting face-to-face with clients, and the complex procedural system, among other barriers, mean that most migrants face judges alone, often unclear about their rights or what is required of them.

Language obstacles present additional challenges, added Chapman. While accommodations are made for Spanish-language translation in some instances, finding translators for the high number of indigenous languages spoken by many migrants can take months (resulting in delayed court processes) or be deemed impossible (forcing migrants to face a judge unprepared).

Together, said Sanchez Kennedy, the public can help keep the realities of the asylum system from being pushed out of the public eye. Chapman added that “humanity, not partisanship” is needed.