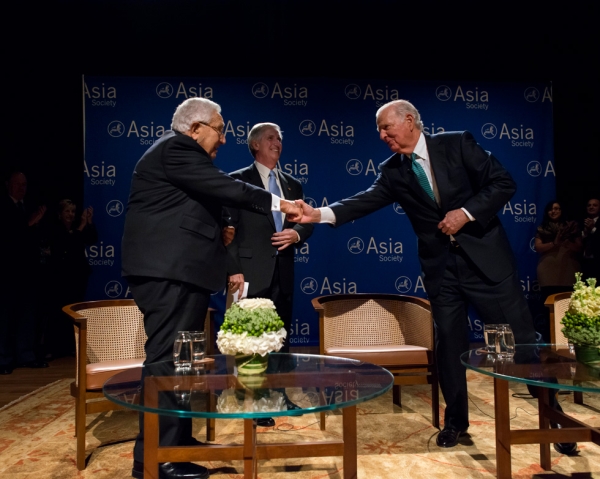 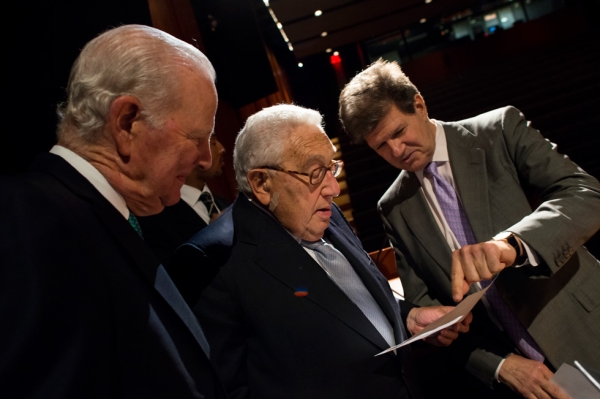 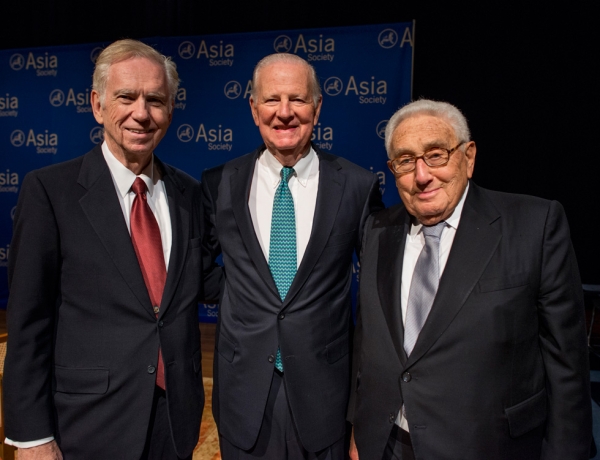 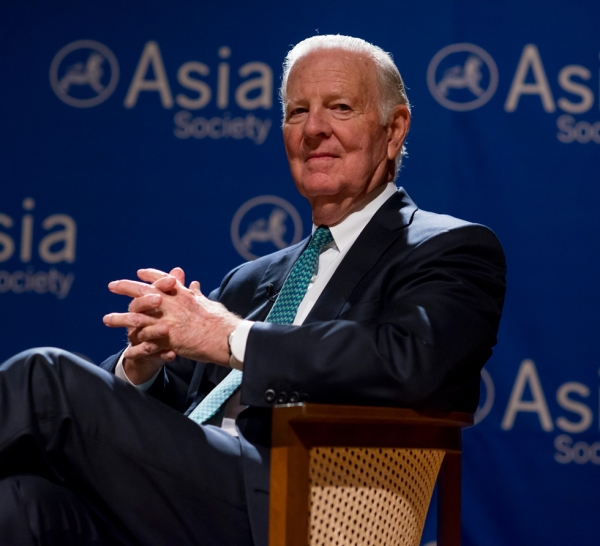 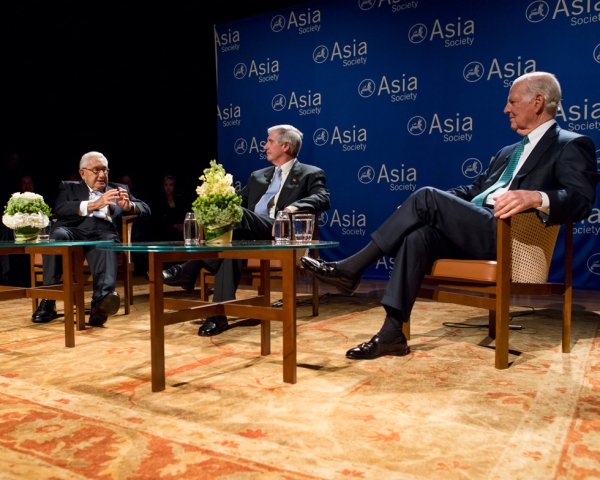 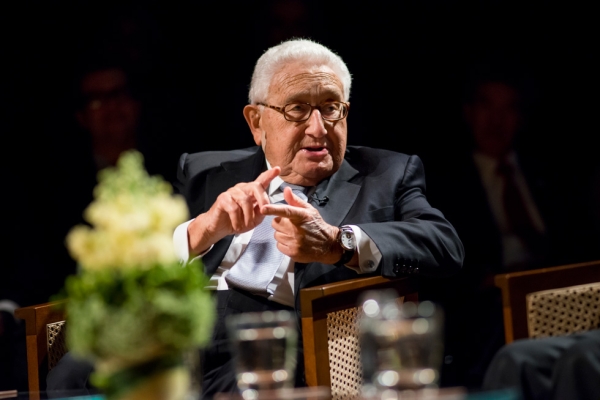 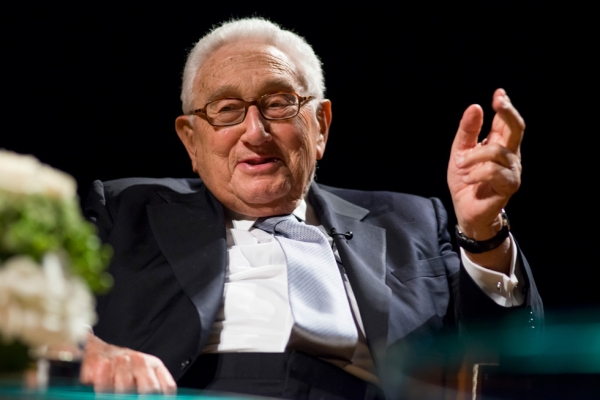 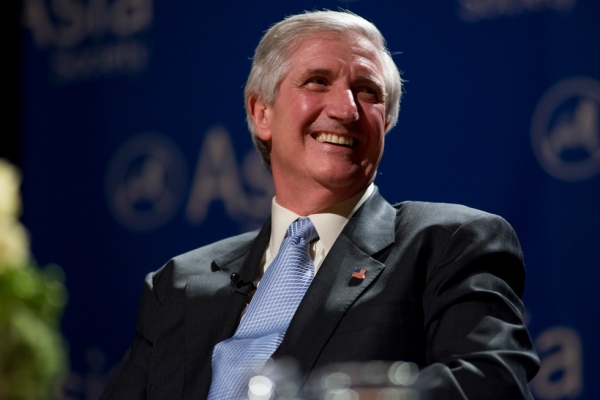 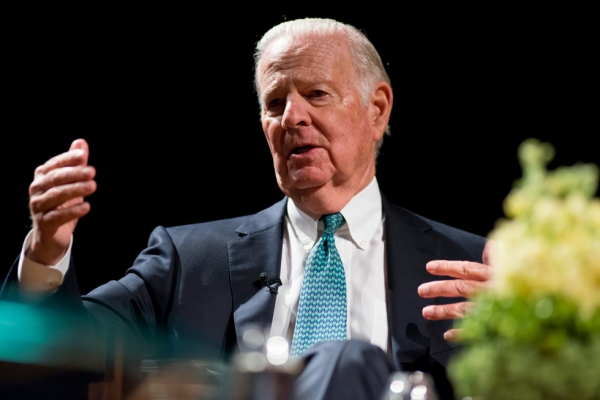 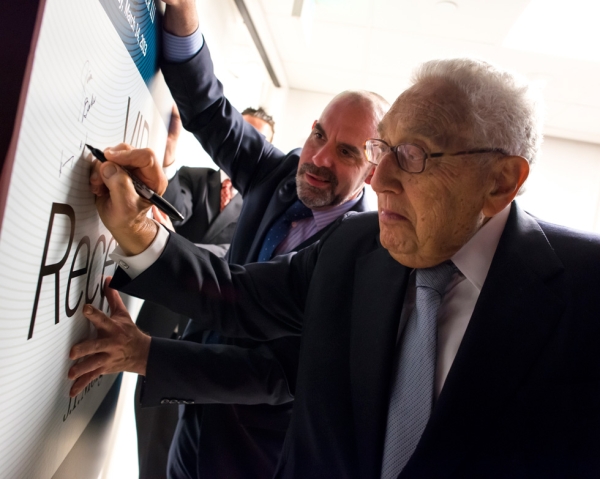 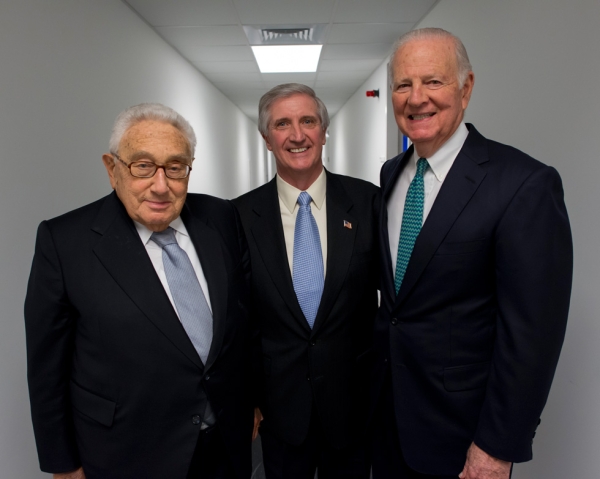 HOUSTON, March 14, 2013 — Chinese cyberwarfare represents a growing problem and a major foreign policy challenge for the United States, former Secretaries of State Henry A. Kissinger and James A. Baker III agreed during a joint appearance at Asia Society Texas Center.

Baker embraced an idea put forward he said by Gen. Peter Pace, former Chairman of the Joint Chiefs of Staff: If the Chinese refuse to negotiate an international agreement ending cyber espionage, the United States should dismantle the mechanisms by which Beijing controls access to the internet, a capability Baker said the United States has.

“That’s something they are not going to want to see us to do,” Baker said.

Billed as a “conversation,” the rare joint public appearance by Kissinger and Baker, moderated by former White House Chief of Staff Andrew H. Card, Jr., was a relaxed affair, mixing policy perspectives with personal anecdotes. It inaugurated the Texas Center’s Distinguished Leaders on Asia series and drew a standing room audience of nearly 300.

Mustering no hint of disagreement, the three men ranged over issues from the change in Chinese leadership to North Korea to the Arab Spring and the Israeli-Palestinian conflict.

Kissinger described the new Chinese leadership as “different from the predecessors, who were more technocratic and bureaucratic. These are more political.”

Among the “huge challenges” they face is managing the planned movement of 400 million Chinese from the countryside to the city. Those new urbanites “are going to change their values,” Kissinger said. Without detailing the changes he indicated the government may find it difficult to control them.

He predicted Chinese leaders will not seek out “foreign adventures” but said if they find themselves ambushed by events — for example a sudden regime collapse in North Korea — they “might be more assertive once a problem exists than their predecessors.”

Few concrete ideas about how to deal with the Kim Jong-un regime surfaced during the discussion, but Baker suggested imposing sanctions to cut off imports of the foreign luxury goods favored by the North Korean leader and his family. Baker and Kissinger agreed the United States and China need to work out in advance how they will respond to regime collapse in North Korea, with Kissinger saying he thought the Chinese were “more and more becoming ready to talk to us about that.”

Former NBA star Dennis Rodman’s recent visit to North Korea prompted Baker to joke the “Dennis Rodman doing foreign diplomacy is like Henry and me playing for the NBA.”

Kissinger sounded a more somber note in stressing the importance of fostering a continuing dialogue between the United States and China. In the past, rising powers like China have almost always crossed swords with established powers. “In the present world a conflict between China and the United States would exhaust each of us and would prevent the solution to a lot of problems that can only be dealt with on a global basis,” Kissinger said.

Looking beyond Asia, neither man expressed optimism about Israeli-Palestinian peace talks or about the Arab Spring. Kissinger predicted diminishing U.S. involvement in the Middle East and growing involvement by China and India, two countries with growing dependence on oil from the region.