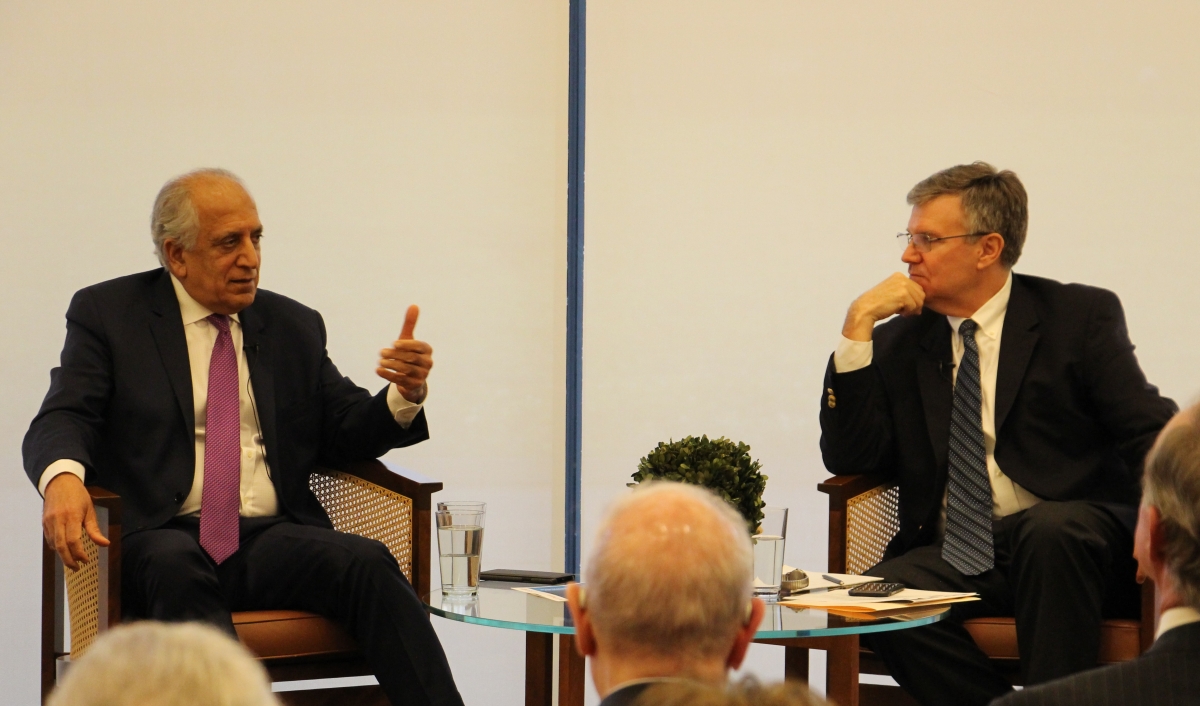 He first touched on the state of affairs in Afghanistan, where he sees the key to success is increased engagement by Afghan forces to fight the Taliban and related insurgents. In addition to fighting the Taliban, he sees that territorial gains for Afghan government and Western forces would constitute a significant accomplishment in the beleaguered country. Ambassador Khalilzad noted that local military resources are more advanced than when he was Washington’s envoy to Kabul and it is essential to continuously pressure Pakistan to end its harboring of terrorist groups. He also urged caution in case the Taliban is fully removed, since the resulting vacuum could give rise to new radicals and extremists, as has occurred elsewhere in the region.

In regards to Iraq, he believes the incumbent prime minister will win reelection, however will lack the necessary parliamentary majority to govern, therefore he will have to make deals to form a coalition and this could be a repetition of past governmental failures or it could be transformative for the future of Iraq. Khalilzad believes that part of recent struggles could have been caused by the dissolving of a well-trained Iraqi officer corps, which could have combatted extremist forces. When asked by the audience about how to address the question of greater Kurdish autonomy in Iraq, Ambassador Khalilzad responded that it is a challenging situation. He shared that he was even urged to remove reference to federalism when assisting with the new constitution since it could intensify demands for a Kurdish state.