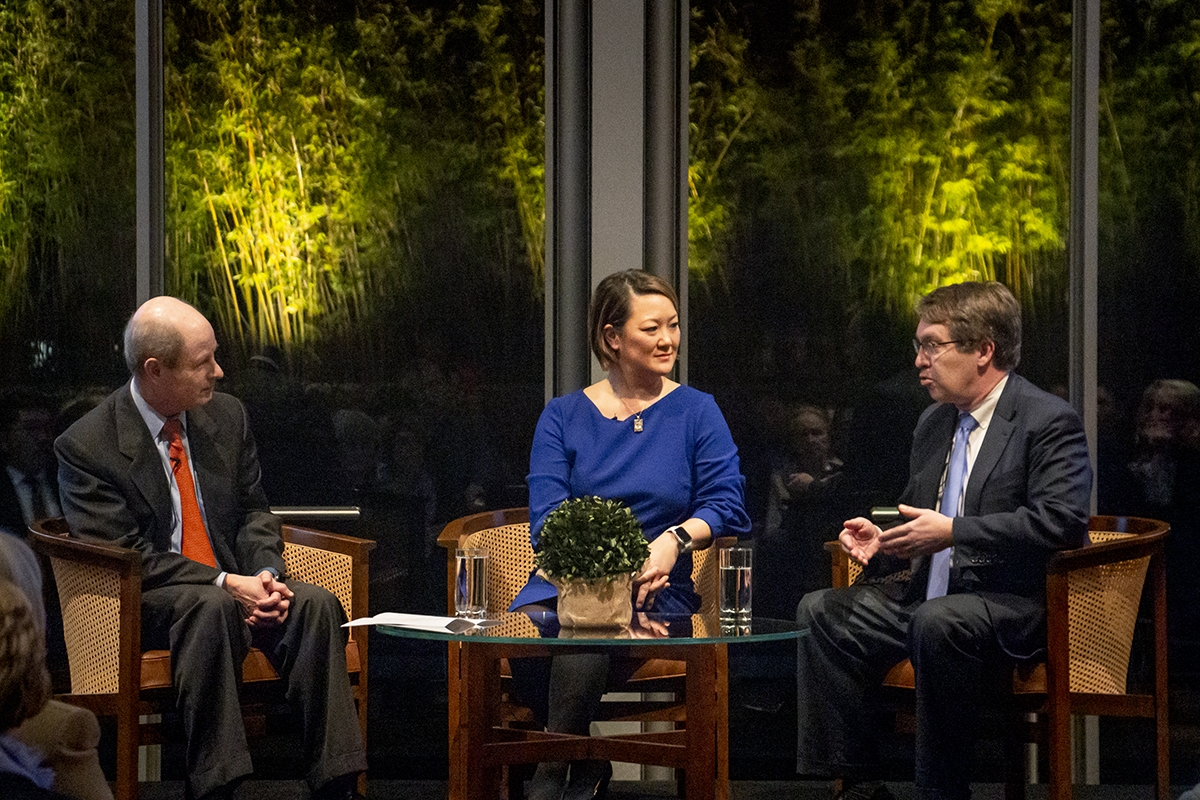 HOUSTON, February 6, 2020 — Asia Society Texas Center (ASTC) partnered with the Council of Korean Americans to welcome Jean Lee, former Associated Press Pyongyong bureau chief and current Korea Center program director at the Wilson Center, and Scott Snyder, Senior Fellow and Director of U.S.–Korea Policy at the Council on Foreign Relations, to discuss the risks and challenges presented by North Korea. In conversation with moderator Eddie Allen, chairman of ASTC, Lee and Snyder addressed the state of U.S.–North Korea relationship in the wake of two summits in Hanoi and Singapore.

Though the meetings with U.S. President Donald Trump initially provided some legitimacy for Kim Jong-Un, who enjoyed the positive PR, Lee said she believes that because the summits did not result in a lifting of sanctions and a stronger domestic economy, Kim is now less interested in additional meetings with President Trump. She also indicated that North Korea appears to resent Trump’s recent use of the leaders’ personal relationship on the campaign trail.

Lee explained that North Korea is more interested in seeking sanctions relief and economic support; however, the country remains adamant in avoiding U.S. influence. Consequently, Snyder said he expects that North Korea will retrench in 2020, focusing primarily on its domestic economy and waiting to reset the relationship after the 2020 U.S. presidential election.

Both experts emphasized the important role regional alliances play in dealing with North Korea. Snyder said the U.S. needs to promote a stable relationship between South Korea and Japan, a relationship which has recently been under strain over historical disputes and as South Korea seeks to find common ground with North Korea. Lee also noted that the effectiveness of sanctions as a diplomatic tool depends on enforcement from China and Russia; exemptions and evasions would make them less useful.

Snyder said he expects missile testing to continue as North Korea sends warnings to the U.S. that it also has leverage over negotiations. He said that, with Kim Jong-un unlikely to ever accept denuclearization, creative thinking is needed for new proposals that North Korea is willing to accept.