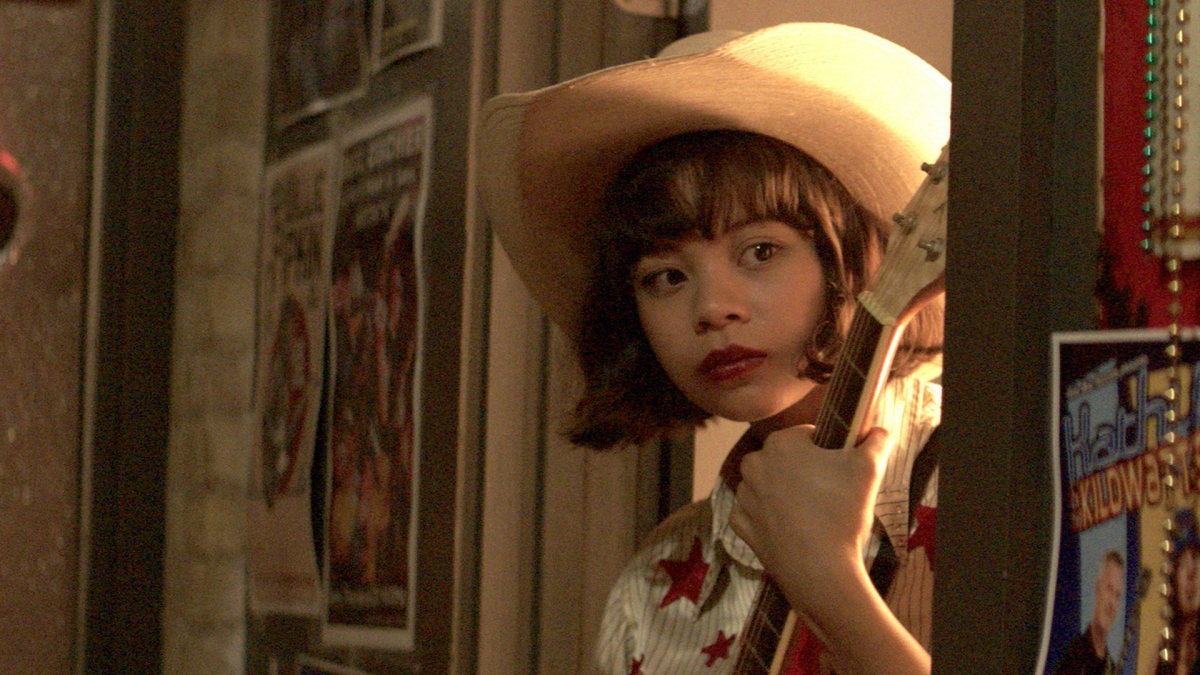 Rose, an undocumented Filipino girl, dreams of one day leaving her small Texas town to pursue her country music dreams. Her world is shattered when her mother is suddenly picked up by Immigrations and Customs Enforcement. Rose, facing this new reality, is forced to flee the scene, leaving behind the only life she knows, and embarks on a journey of self-discovery as she searches for a new home in the honky-tonk scene of Austin, Texas.

"[A] clear-eyed, heartfelt interpretation of a classic American story that's graciously inclusive and even a bit provocative in its assertion of individual and artistic independence." — The Hollywood Reporter

"[F]ilmgoers can leave with a sense of hope—and the feeling that there is a place in American culture, even in country music, for all of us." — Character Media

Performing Arts and Culture programs are presented by Wells Fargo. Major support for Performing Arts programs comes from Nancy C. Allen, Chinhui Juhn and Eddie Allen, Ellen Gritz and Milton Rosenau, the City of Houston through Houston Arts Alliance, The Hearst Foundation, The Brown Foundation, Mary Lawrence Porter, Houston Endowment, and the Anchorage Foundation of Texas. Generous funding also provided by AARP, The Clayton Fund, The Cullen Trust for the Performing Arts, Miller Theatre Advisory Board.  Additional support provided by the Wortham Foundation, Texas Commission on the Arts, National Endowment for the Arts, and through contributions from the Friends of Asia Society, a dedicated group of individuals and organizations committed to bringing exceptional programming and exhibitions to Asia Society Texas Center. Presented in Partnership with Houston Cinema Arts Festival.

Click for directions
Buy Tickets
$12
20191115T193000 20191115T210000 America/Chicago Asia Society: "Yellow Rose" Film Screening An immigration story of self-discovery following the journey of Rose, an undocumented Filipino girl who searches for a home in the honky-tonk scene of Austin, Texas.