What Makes An American?: A Story of Global Migration and Its Impact on Houston | Asia Society Skip to main content

What Makes An American?: A Story of Global Migration and Its Impact on Houston

In partnership with the National Immigration Forum 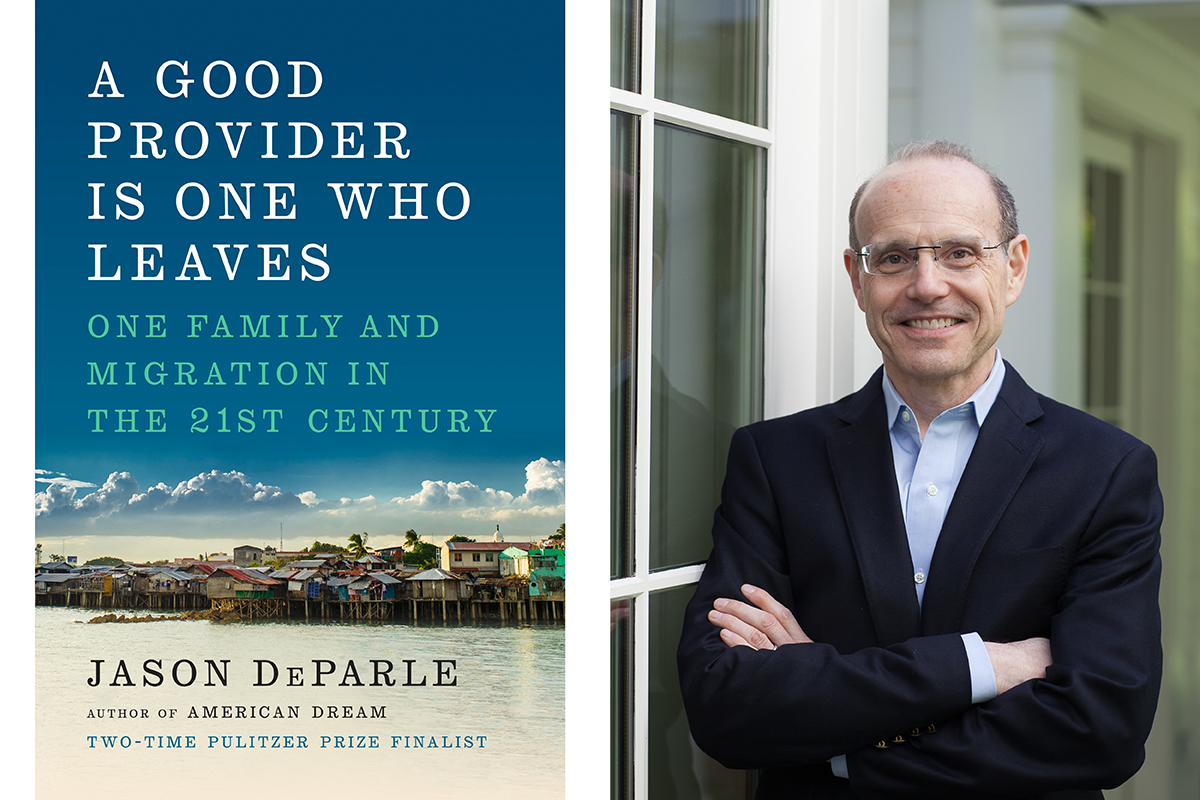 Migration is changing the world — reordering politics, economics, and cultures across the globe. With 45 million immigrants in the United States, few issues are as polarizing as immigration policy, and yet the immigration population remains an underappreciated asset to the country.

In his new book, New York Times reporter and two-time Pulitzer Prize finalist Jason DeParle expertly combines the personal and panoramic to present both a family saga and the defining chronicle of a new age — the age of global migration. When DeParle moved into the Manila slums with Tita Comodas and her family three decades ago, he never imagined his reporting on them would span three generations, following an unforgettable family willing themselves out of shantytown poverty into a new global middle class. Beating the odds, Tita's daughter Rosalie works her way across the Middle East as a nurse until a Texas hospital fulfills her dream with a job in the States. Her journey is a 21st-century classic, rendered in gripping detail.

The book will be available for sale, and a book-signing session will follow the program.

Jason DeParle is a senior writer at The New York Times and a frequent contributor to The New York Times Magazine. Previously he served as a domestic correspondent in Washington for The Times. Prior to joining The Times, DeParle was an editor at The Washington Monthly. In 1987, he was one of 15 Americans chosen to receive a Henry Luce Foundation scholarship to work in Asia for a year. He lived in, and wrote about, a Manila slum. From 1983 to 1986, DeParle was a staff writer at The Times-Picayune in New Orleans. There he covered criminal court and the district attorney’s office. Prior to that, he was a reporter-researcher and staff writer at The New Republic in Washington. DeParle was the winner of the George Polk Award in 1999 for his reporting on the welfare system. He is also a two-time finalist for the Pulitzer Prize. Born in Bridgeport, Connecticut, DeParle received a B.A.in religion from Duke University in 1982, graduating summa cum laude. He is married and lives in Washington.

Additional panelists to be updated.

Ali Noorani is the Executive Director of the National Immigration Forum, a non-partisan advocacy organization working with faith, law enforcement, and business leaders to promote the value of immigrants and immigration. Growing up in California as the son of Pakistani immigrants, Noorani quickly learned how to forge alliances among people of wide-ranging backgrounds, a skill that has served him extraordinarily well as one of the nation’s most innovative coalition builders. Before joining the Forum in 2008, Noorani was executive director of the Massachusetts Immigrant and Refugee Advocacy Coalition, and he has served in leadership roles within public health and environmental organizations. Noorani is a member of the Council on Foreign Relations, holds a Master’s in Public Health from Boston University, and is a graduate of the University of California, Berkeley. Noorani is a regular contributor to Boston Public Radio, the author of “There Goes the Neighborhood: How Communities Overcome Prejudice and Meet the Challenge of American Immigration,” (Prometheus, April 2017) and host of “Only in America” podcast. He lives in Washington, D.C.

Click for directions
Buy Tickets
$15 Members, $25 Nonmembers
20191024T174500 20191024T193000 America/Chicago Asia Society: What Makes An American?: A Story of Global Migration and Its Impact on Houston A conversation with "New York Times" reporter Jason DeParle and Ali Noorani, executive director of the National Immigration Forum, for a discussion on how global migration has impacted and contributed to the Greater Houston area.