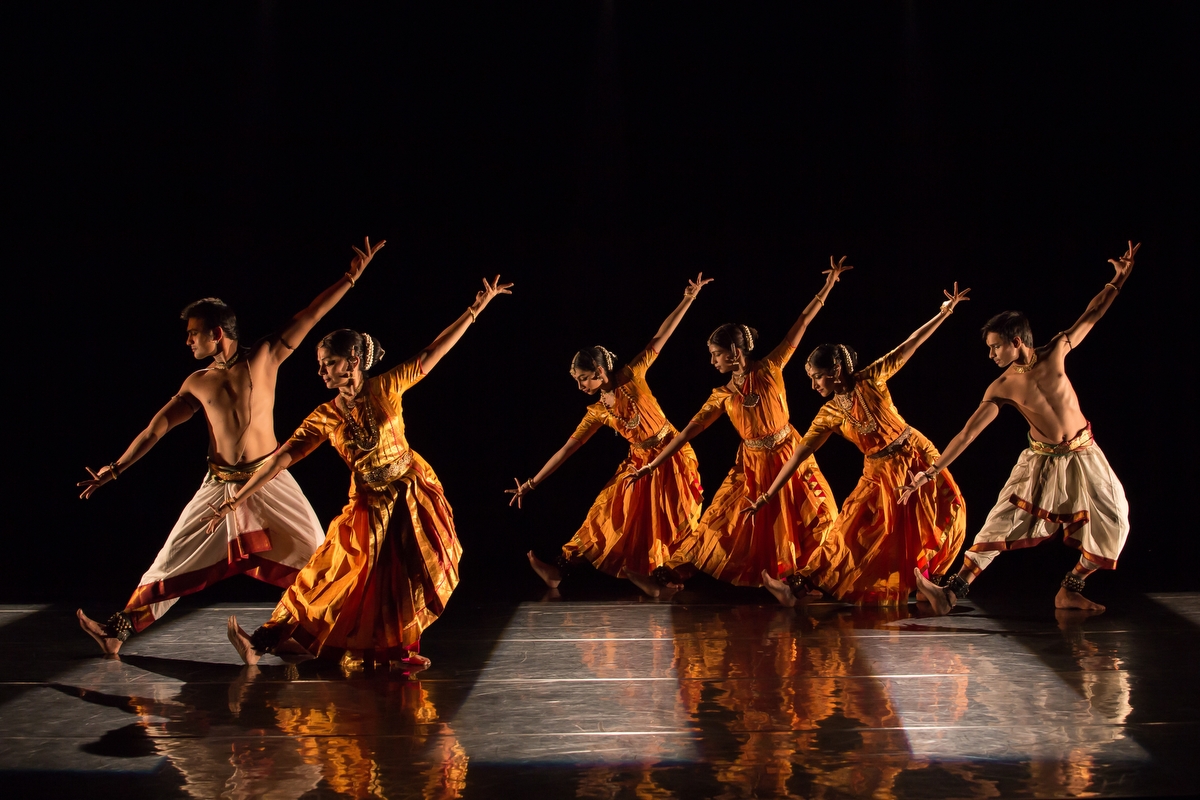 Inspired by the sari, the unique dance production Thari – The Loom celebrates the artistic relationship of the dancer and the weaver. Celebrated artist Malavika Sarukkai has choreographed a dynamic "dancing cloth," exploring the fundamental concepts shared between the two seemingly different but connected disciplines of dancing and weaving: space, structure, motif, symmetry, proportion, relationship, and alignment.

In a contemporary extension of the language of Indian classical Bharatanatyam, Thari – The Loom endeavors to bring to audiences an enduring experience of the richness, versatility, and profound beauty of the traditional practices of dance and weaving in India.

“Adornment is a reflection of the heart, wrote Coco Chanel. The renowned Indian dance artist Malavika Sarukkai takes up this thread in 'Thari — The Loom, an enchanting and deeply imaginative work inspired by the sari, the traditional garment that wraps a woman in layers of history, handiwork, culture and identity.” — The Washington Post

“There is no flamboyance or over abundantly grand narrative. But in the 75 minutes of non-stop group presentation in Thari -The Loom conceived and choreographed by Malavika Sarukkai, the audience after having experienced artistic excellence of exquisite subtlety, leaves the auditorium with a mind filled with the lurking poetry hidden in that unstitched traditional garment - the saree.” — Narthaki.com

A passionate and path-breaking artist from India, Malavika Sarukkai has made her mark as one who imaginatively reworks tradition. With a significant body of work, her choreographies embody originality, intelligence, mastery of technique, and a vitalized movement vocabulary, inventively relating the world of dance to the world around us.

With an artistic ambition stretching from narrative to figurative to abstract, Sarukkai has innovated boldly, adding dimensions to her choreography for over three decades. A firm believer in tradition and change, her interpretations extend the boundaries of Bharatanatyam to reveal the incandescent beauty of the classical language and the energized articulation of a contemporary mind. Sarukkai’s collaborative productions have synergized through dialogues with poets, musicians, painters, art historians and contemporary writers.

A renowned artist with an international reputation, Sarukkai has performed in major festivals in India and abroad, including the Kennedy Center, Washington DC; Jacob's Pillow, Massachusetts; Saddlers Wells, London; Theatre De La Ville, Paris; and Adelaide Festival, Australia. She has received many awards and accolades, among them are the Padmashree from the President of India in 2003, the Central Sangeet Natak Akademi Award in 2002, and Kalaimamani from the Government of Tamilnadu in 1994.

Performing Arts and Culture programs are presented by Wells Fargo. Major support for Performing Arts programs comes from Nancy C. Allen, Chinhui Juhn and Eddie Allen, Ellen Gritz and Milton Rosenau, the City of Houston through Houston Arts Alliance, Houston Endowment, The Hearst Foundation Inc., The Brown Foundation Inc., Mary Lawrence Porter, and the Anchorage Foundation of Texas. Generous funding also provided by AARP, The Clayton Fund, The Cullen Trust for the Performing Arts, Miller Theatre Advisory Board. Additional support provided by the Wortham Foundation, Texas Commission on the Arts, National Endowment for the Arts, United Airlines, The Southmore, and through contributions from the Friends of Asia Society, a dedicated group of individuals and organizations committed to bringing exceptional programming and exhibitions to Asia Society Texas Center. This program is presented in partnership with the Classical Arts Society.