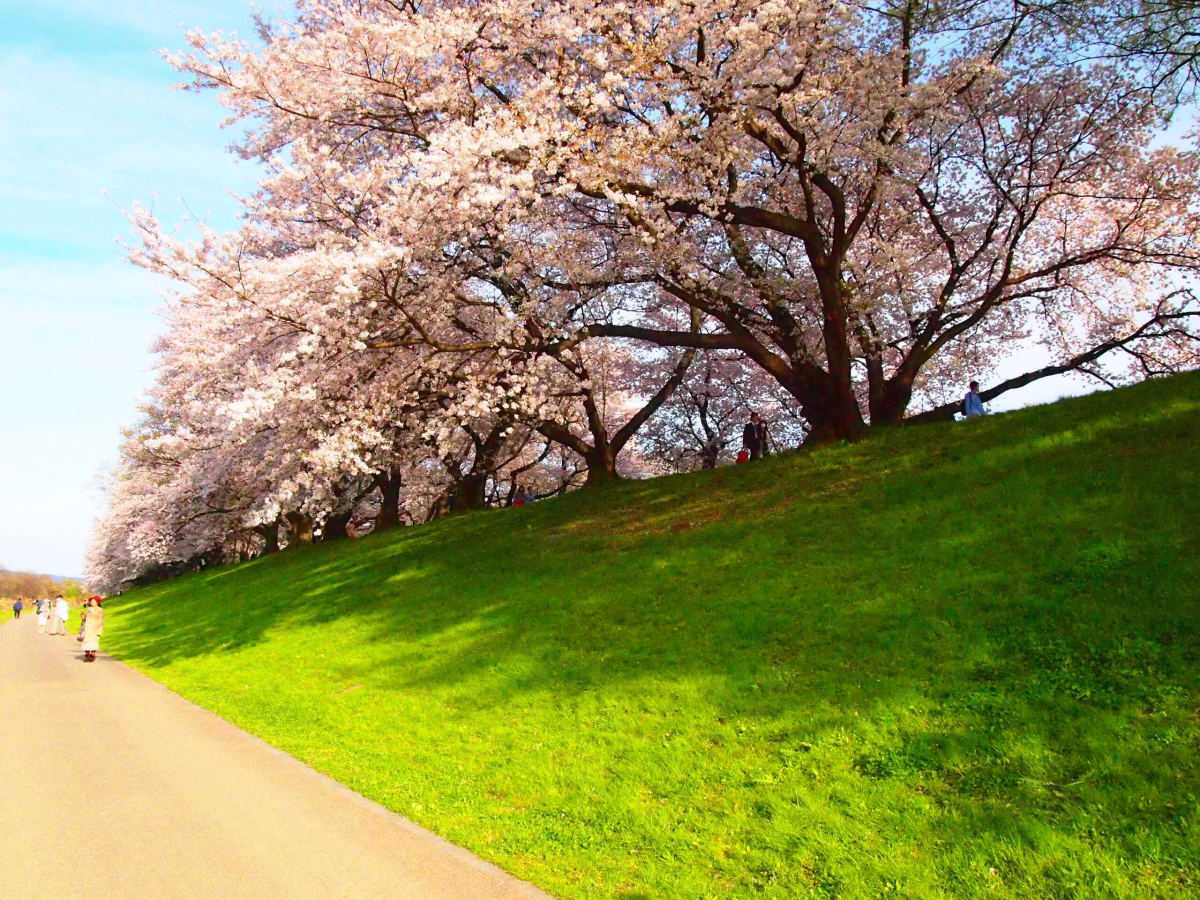 Celebrate Spring Break by learning about Japan and its beautiful spring season!

Each day during the week, join us in welcoming spring by participating in a different come-and-go, kid-friendly activity. Learn about the different sakura (Japanese cherry blossoms), create spring-inspired origami, and enjoy daily screenings of fun Japanese anime movies, plus take advantage of FREE admission to our exhibition New Cartographies in its final week.

Admission is free for all activities; Activities begin daily at 12 p.m. Film screenings begin at 2 p.m. Each day's programming concludes when the film screenings end.

Please check back for updates about the film screenings!

Monday, March 11 | Lu Over the Wall
2017, Rated PG, Length: 1hr 52min
When confronted by bullies in his small fishing town, Kai is helped by Lu, a mermaid who loves music but is vulnerable to sunlight. With a local seafood company posing a threat to the town and a number of its inhabitants hostile towards the mer-people, Lu, Kai, and his friends must band together to ensure both communities' survival. A funky, upbeat tale featuring cute mer-dogs, musical mermaids, and a giant humanoid shark.

Tuesday, March 12 | Pokémon the First Movie
1998, Rated G, Length: 1hr 36min
After a scientist genetically clones a Pokémon named Mewtwo, Mewtwo then clones other Pokémons on his own. As the Pokémon revolt, Ash Ketcham ventures with his friends to the villain's island where battles ensue.

Wednesday, March 13 | Oblivion Island – Haruka and the Magic Mirror
2009, Rated G, Length: 1hr 33min
Ordinary teenager Haruka's life takes a turn when she follows a strange creature resembling a fox and finds herself on Oblivion Island, an amazing place made entirely of memorabilia from the human world. But humans are not supposed to be on Oblivion Island, and the Baron, who rules that world, has his eye on this unexpected intruder.

Thursday, March 14 | Mirai
2018, Rated PG, Length: 1hr 38min
A young boy struggles to cope with the arrival of a little sister until things turn magical: A mysterious garden in his backyard becomes a gateway, allowing him to travel back in time and encounter his mother as a little girl and his great-grandfather as a young man. These fantasy-filled adventures help the child become the big brother he was meant to be.

Friday, March 15 | Astro Boy
2009, Rated PG, Length: 1hr 34min
In the futuristic Metro City, Astro Boy is a young robot with incredible powers created by a brilliant scientist in the image of the son he has lost. Unable to fulfill the grieving man's expectations, Astro Boy embarks on a journey in search of acceptance before he returns to save Metro City and reconcile with the father who had rejected him.