Advanced purchase ticketing has closed. Tickets will be available at the door the night of the event. Click here for Spotlight Asia 2013 parking instructions.

Journey with us along the Silk Road, complete with ambient décor, tasty cocktails, global delicacies, and exotic beats.

The evening will feature New York-based turntablist and producer DJ Kalkutta, affectionately referred to as Bollywood Barbie, whose real life “Cinderella story” only adds to her intrigue. Born in India, her claim to fame is making her way from living in an orphanage in the slums of Calcutta (Kolkata) to finding her niche in the music industry. Kalkutta’s gigs have ranged from rocking exclusive NYC venues such as Tenjune, Greenhouse, and Juliet to spinning for celebs like John Legend, Bruno Mars, Michael Jordan, and the legendary Prince, as well as events with The Kardashians. Her style is Open Format and blends music genres from rock to hip hop to electro and everything in between. With beauty, talent, and a cross-cultural understanding, Kalkutta is seen as an ambassador for all things music, style, and nightlife.

Houston-based vinyl aficionado and producer DJ SUN (Soular Grooves) will welcome guests with his signature sound, described as both warmly nostalgic and space-age cool. With American, Caribbean, Chinese, European, and South American roots, DJ SUN embodies the true spirit of the Texas Center’s current hapa exhibit. For him, music is a universal language, a communication of common experience that bridges both genre and geography. He will be featuring new tracks from his latest album, One Hundred, mixing a hybrid of vinyl and live performance in his set.

Houston’s hottest restaurants including Triniti Restaurant and Bar, Boheme, and Nosh Bistro will offer signature appetizers. In the Detours Lounge, guests can escape for sushi courtesy of Glen Gondo & Sushic and sip the only organic saké traditionally crafted in Texas by Texas Sake Company. An open bar will also be available with signature cocktails.

Divya and Chris Brown return as chairs for this not-to-be-missed gathering at Asia Society Texas Center. Claire and Rick Thielke and Janae and Kenny Tsai join in the fun as co-chairs, sure to make the 2013 event as memorable as it was at the Texas Center's grand opening in 2012.

Tickets (available at door on night of the event)

Advanced purchase ticketing has closed. Tickets will be available at the door on the night of the event.

For more information on ticketing, contact Jordan DuPuis, 713.496.9907 or JDupuis@AsiaSociety.org. 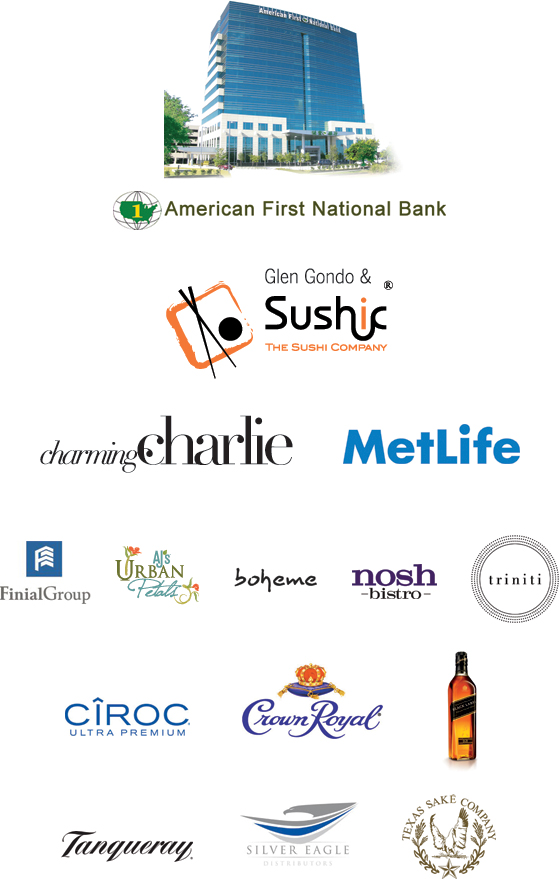 The print invitation has hit the streets, but join in the fun on the Host Committee. Host Committee members get special access parking, plus member names appear online and on event signage.