In Ordos, China, thousands of farmers are being relocated into a new city under a government plan to modernize the region. The Land of Many Palaces follows a government official whose job is to convince these farmers that their lives will be better off in the city, and a farmer in one of the last remaining villages in the region who is pressured to move.

The film explores the rise of China through migration as the central government plans to relocate 250 million farmers to new urban districts across the nation over the next 20 years.

Official Website: The Land of Many Palaces
The Atlantic: Ordos: A Ghost Town That Isn't
Forbes Magazine: China May Have Ghost Cities But Rapid Growth Is No Apparaition
The Wall Street Journal: New Documentary Explores the Less Ghostly Side of China's Ordos 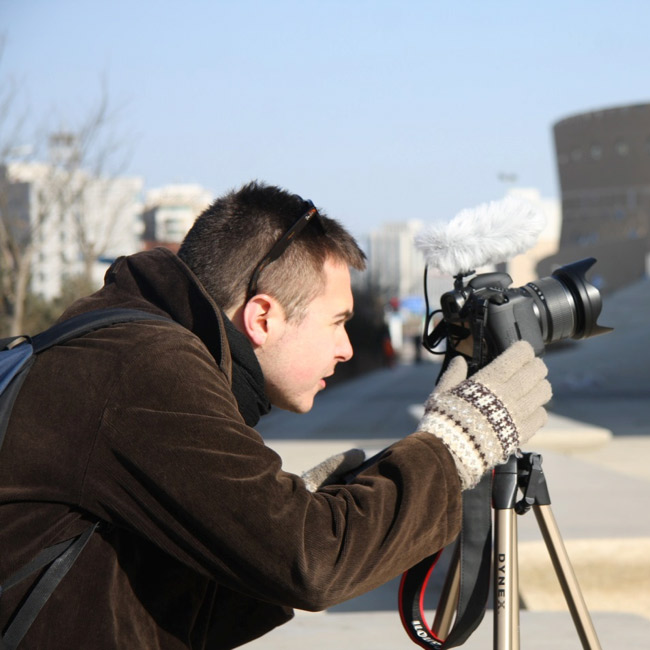 Adam is a Stanford-educated documentary filmmaker from England. His films focus on characters experiencing rapid change in their lives. To date, he has produced, directed and edited four short documentaries in America - The Diner, Love & Allegiance (co-dir Tijana Petrovic), Shangri-La, Role Play - and one feature documentary in China, The Land of Many Palaces (co-dir Song Ting). He is currently in the pre-production stage for his next two feature-documentaries in China: Mountain Town (working title) about the replica Wyoming town of Jackson Hole in Hebei, and On the Banks of the Pearl River (working title) exploring entrepreneurialism in Shenzhen. In addition to making his own films, he has worked for TED, Rabbit Bandini Productions, Stanford’s Office of Public Affairs, the China Central Academy of Fine Arts, and the Chinese National Academy of Painting.