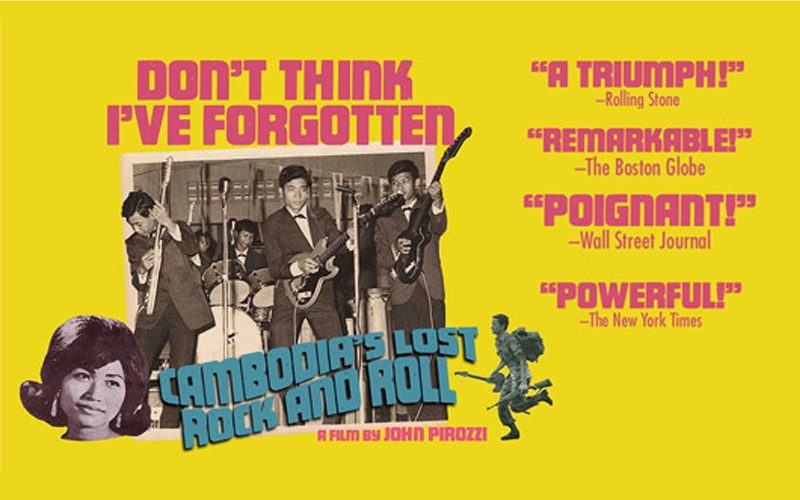 Cambodia’s golden age of pop thrived through the 1960s and 1970s, when joy and life flowed from the capital to the countryside through soul, funk, and rock ‘n’ roll. It all came to a halt when Pol Pot’s Khmer Rouge marched on the capital of Phnom Penh in 1975.

Hailed as “heart-stirring” (The New York Times) and “a fervent cry for the power of music” (Washington Post), Don’t Think I’ve Forgotten provides a fresh perspective on the devastating loss of Cambodia’s music stars.

Houston Cinema Arts Festival is a film and multimedia arts festival. The annual multi-day film festival showcases films by and about artists in the visual, performing, and literary arts, shown not only in traditional theatrical venues but also via interactive video installations, live multimedia performances, and outdoor projections. The film festival is produced by Houston Cinema Arts Society.

Bank of America is the presenting sponsor of performing arts and cultural programs, with generous support from the City of Houston through Houston Arts Alliance, the Hearst Foundations, and Mickey Rosenau & Dr. Ellen Gritz. Lead support is provided by the Cullen Trust for the Performing Arts, The Clayton Fund, and the Favrot Fund. Support is also provided by Friends of Performing Arts & Culture, a premier group of individuals and organizations committed to bringing the best in public programming to Houston. This program is presented in collaboration with Houston Cinema Arts Festival.