Russia, China, and the U.S.: Solutions for Mitigating Small-Stakes Crises 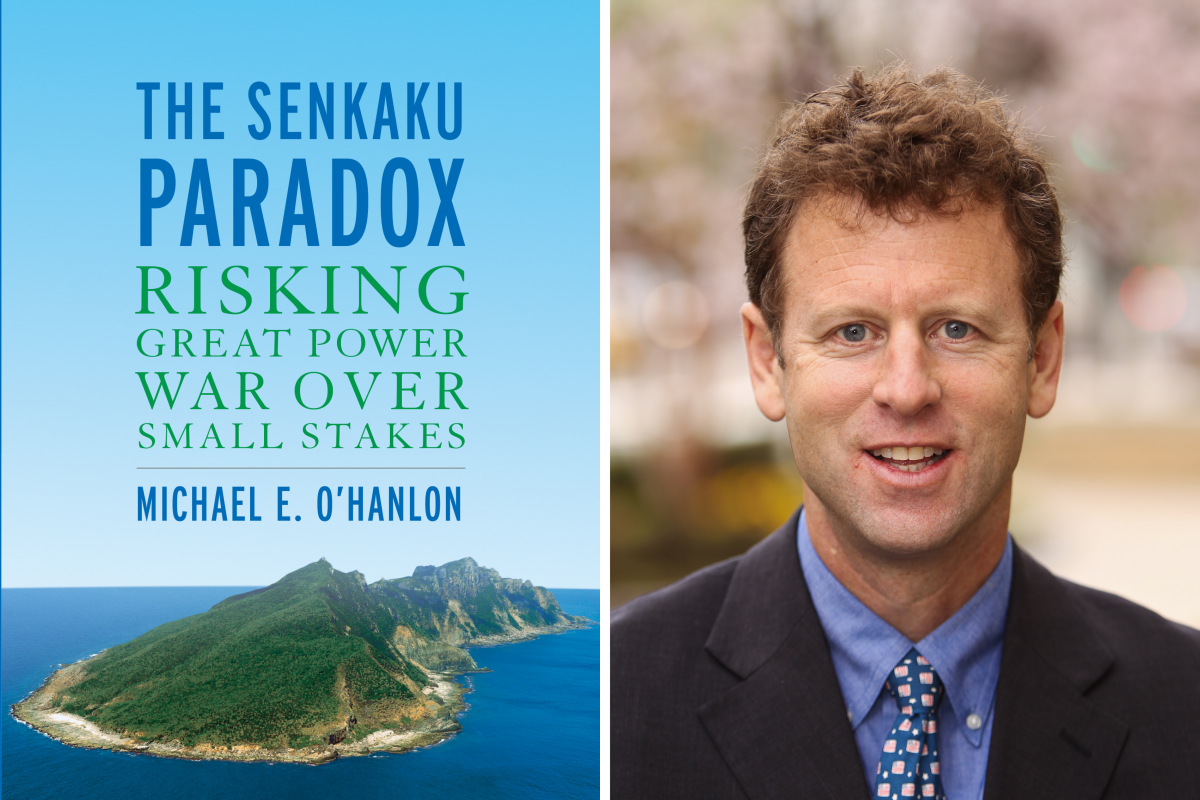 The U.S. needs better options for resolving potential crises. In recent years, the Pentagon has elevated its concerns about Russia and China as potential military threats to the Unites States and its allies. But what issues could provoke actual conflict between the U.S. and either country? And how can such a conflict be contained before it takes the world to the brink of thermonuclear catastrophe, as was feared during the Cold War?

Defense expert Michael O'Hanlon wrestles with these questions in his book The Senkaku Paradox: Risking Great Power War Over Small Stakes, setting them within the broader context of hegemonic change and today's version of great-power competition. The book examines how a local crisis could escalate into a broader and much more dangerous threat to peace. Washington could be forced to choose between risking major war and appeasing China or Russia in ways that could jeopardize the broader global order. O'Hanlon, arguing that the U.S. needs a better range of options for dealing with such risks to peace, advocates "integrated deterrence," which combines military elements with economic warfare.

Join Asia Society and the World Affairs Council of Greater Houston for a conversation with O'Hanlon on his new book and an examination of how to deter war through a credible set of responses that are more commensurate than existing policy with the stakes involved in such scenarios.

Michael O'Hanlon is a senior fellow at The Brookings Institution, specializing in defense and foreign policy issues. Michael co-directs the Security and Strategy team, the Defense Industrial Base working group and the Africa Security Initiative within the Foreign Policy program. Michael is a visiting lecturer at Princeton University, adjunct professor at Colombia, Georgetown and Syracuse universities and a member of the International Institute for Strategic Studies.

Michael’s latest book The Senkaku Paradox: Risking Great Power War Over Small Stakes, published 2019, discusses Russian and Chinese potential military threats to the United States and its enemies. Alongside many publications, Michael has written several hundred op-eds in newspapers including The Washington Post and The New York Times, to name a few. He began his career as a budget analyst in the defense field.

Michael was an analyst at the Congressional Budget Office from 1989 to1994 and also worked at the Institute for Defense Analyses. His received his Ph.D. in Public and International Affairs and bachelor and master degrees in Physical sciences at Princeton University.

Ronan O’Malley is the director of programs for the World Affairs Council of Greater Houston. During his seven years with the Council, he has interviewed a wide variety of notable international figures, such as James Clapper, former Director of National Intelligence; Garry Kasparov, Russian political activist and former World Chess Champion; General Stanley McChrystal; Bill Browder, renowned Putin critic; and Michael Hayden, former Director of the CIA & the NSA. He holds a bachelor's degree in international studies and history and an MBA in international business.

Click for directions
Buy Tickets
Free for Members, $25 Nonmembers
20191112T183000 20191112T200000 America/Chicago Asia Society: Russia, China, and the U.S.: Solutions for Mitigating Small-Stakes Crises Join Asia Society and the World Affairs Council of Greater Houston for a conversation with Michael O'Hanlon on his new book and an examination of how to deter war through a credible set of responses