Out of the Gobi: From Mao Zedong's China to the American Dream | Asia Society Skip to main content

Out of the Gobi: From Mao Zedong's China to the American Dream 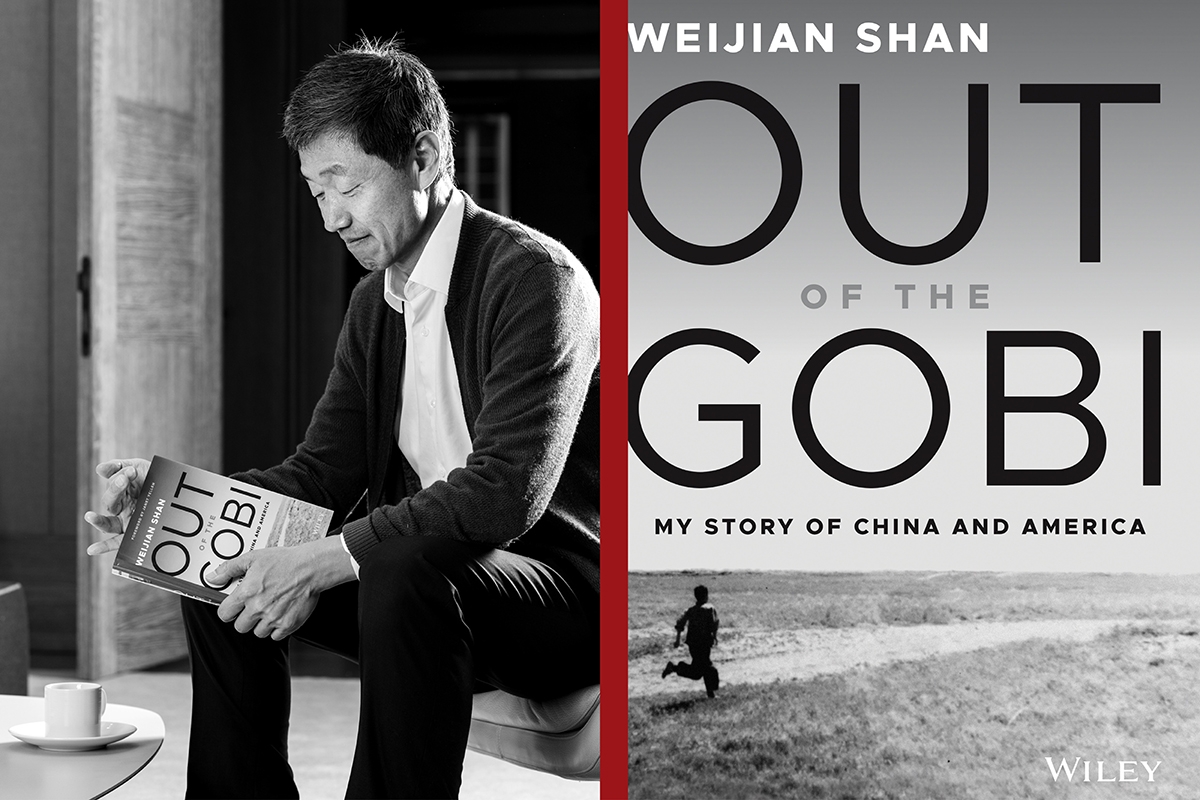 Now one of Asia's best-known financiers, Weijian Shan was born and raised in Beijing and witness to Mao Zedong's Cultural Revolution and one of the most tumultuous eras in China's history. Exiled to the Gobi Desert at age 15 and denied schooling for 10 years, he endured untold hardships without ever giving up his dream for an education. Shan's improbable journey, from the Gobi to the "People's Republic of Berkeley" and far beyond, is a uniquely American success story.

Shan tells the story of a life that is a microcosm of modern China, and of how that life became intertwined with America. Out of the Gobi marries Shan's extraordinary experiences with the informed analysis of a U.S.-trained economist and accomplished investor to shed light on China's rise and its relationship with the U.S. This powerful and personal perspective on China and America will shape Americans' view of China, humanizing the country while honestly confronting its many deficiencies. It has the potential to reshape how Americans view China, and how the Chinese view life in America.

Former Federal Reserve Chair Janet Yellen says: "Shan's life provides a demonstration of what is possible when China and the United States come together, even by happenstance. It is not only Shan's personal history that makes this book so interesting, but also how the stories of China and America merge in just one moment in time to create an inspired individual so unique and driven, and so representative of the true spirits of both countries."

Join Asia Society Texas Center for a conversation with Shan on his new book, Out of the Gobi, and his incredible experiences.

Weijian Shan is chairman and CEO of PAG, a private equity firm. Prior to PAG, he was a partner of TPG, a private equity firm based in San Francisco, and co-managing partner of TPG Asia (formerly known as Newbridge Capital). He led a number of landmark transactions including the acquisitions of Korea First Bank and China’s Shenzhen Development Bank, both of which made his investors billions of dollars in profits and were made into case studies of Harvard Business School. Previously, Shan was a managing director of JP Morgan, a professor at the Wharton School of the University of Pennsylvania, and a farm labor in China’s Gobi Desert in Inner Mongolia. He holds an M.A. and a Ph.D. from the University of California, Berkeley, and an M.B.A. from the University of San Francisco. He studied English at Beijing Institute of Foreign Trade (now Beijing University of International Business and Economics) where he also taught as a faculty member. He received no formal secondary education.

Martyn E. Goossen is Vice Chairman of the J.P. Morgan Private Bank and President of JPMorgan Chase Bank – Houston Region. Marty has over 40 years of experience in financial services, nearly all of which has been in the wealth management field. The majority of his career was spent working in Asia. Marty and his wife, Kathy, moved to Hong Kong with Citibank in 1978 and transferred to Tokyo in 1984. Marty joined JPMorgan Chase in Tokyo in 1988 and remained in Asia until 2006, when he moved to Houston to take the position as head of the Houston Private Bank and President of the Houston Region. In 2017, Marty was appointed to Vice Chairman of the J.P. Morgan Private Bank focusing on the south region of the United States. Marty has undertaken a number of civic responsibilities in Houston. He serves on the boards of the Museum of Fine Arts, Houston, the Asia Society Texas Center, Central Houston Inc., and The Houston Zoo. He is also a member of the Council of Overseers at Rice University’s Jones School of Business and is a Director of the Singapore American School Foundation. Marty received his M.B.A. from Harvard Business School in 1977 and a B.S. in Economics from Union College in Schenectady, New York.