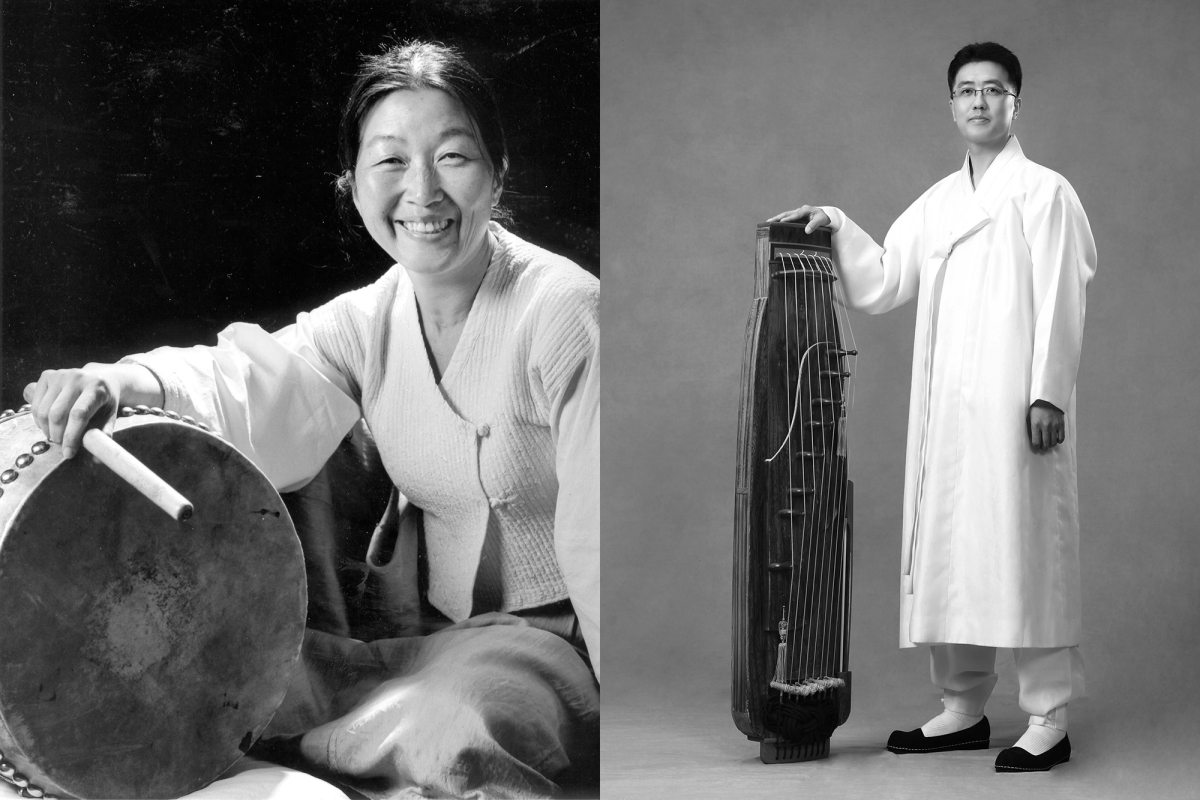 Asia Society Texas Center is proud to present, for the fourth year, our cross-cultural Asian music collaboration with the Shepherd School of Music, Rice University. This year, the musical traditions of Korea will fill our space in a concert featuring two distinguished performers. Chan E. Park will present pansori, a genre of story-singing performed by a singer and drummer. Sanghun Kim will be performing traditional and newly composed pieces on the ajaeng, or "elegant zither," a bowed zither that disappeared in China but has been played in Korea since the 12th century.

Chan E. Park earned her Ph.D. from the University of Hawaii (1995), and is currently Professor of Korean Language, Literature, and Performance, and Director of the Lee Korean Performance Research Program at The Ohio State University. Her specialties include research and performance of Korean musical and narrative tradition. Dr. Park was trained in the Poseong style of pansori singing under the late Chung Kwonjin, and innovated her bilingual pansori repertoires.

Sanghun Kim is versatile in both traditional and contemporary ajaeng music. A champion promoting and teaching the music of ajaeng globally, Sanghun Kim has given workshops and performed in many places including Pacific Rim Music Festival at U.C. Santa Cruz, Brandeis University, and the Festival Printemps Coréen in Nantes, France. He earned a doctorate in musicology from the Hanyang University and is currently the principal ajaeng player of the Seoul Metropolitan Traditional Music Orchestra.

아시아 소사이어티 텍사스 센터, 11월 9일(금) 한국전통음악 공연 개최
Here are the top 9 things to do in Houston this weekend

Major support for Performing Arts programs comes from Nancy C. Allen, Ellen Gritz and Milton Rosenau, the City of Houston through Houston Arts Alliance, and the Anchorage Foundation. Generous funding also provided by AARP, The Clayton Fund, Miller Theatre Advisory Board, New England Foundation for the Arts. Additional support provided by the Wortham Foundation, the Texas Commission on the Arts, and through contributions from the Friends of Asia Society, a premier group of individuals and organizations committed to bringing exceptional programming and exhibitions to Asia Society Texas Center. This program is presented in collaboration with the Shepherd School of Music at Rice University.