How Hong Kong and Taiwan Impact the Future of U.S. Policy Toward China | Asia Society Skip to main content

How Hong Kong and Taiwan Impact the Future of U.S. Policy Toward China

In partnership with the George H. W. Bush Foundation for U.S.-China Relations 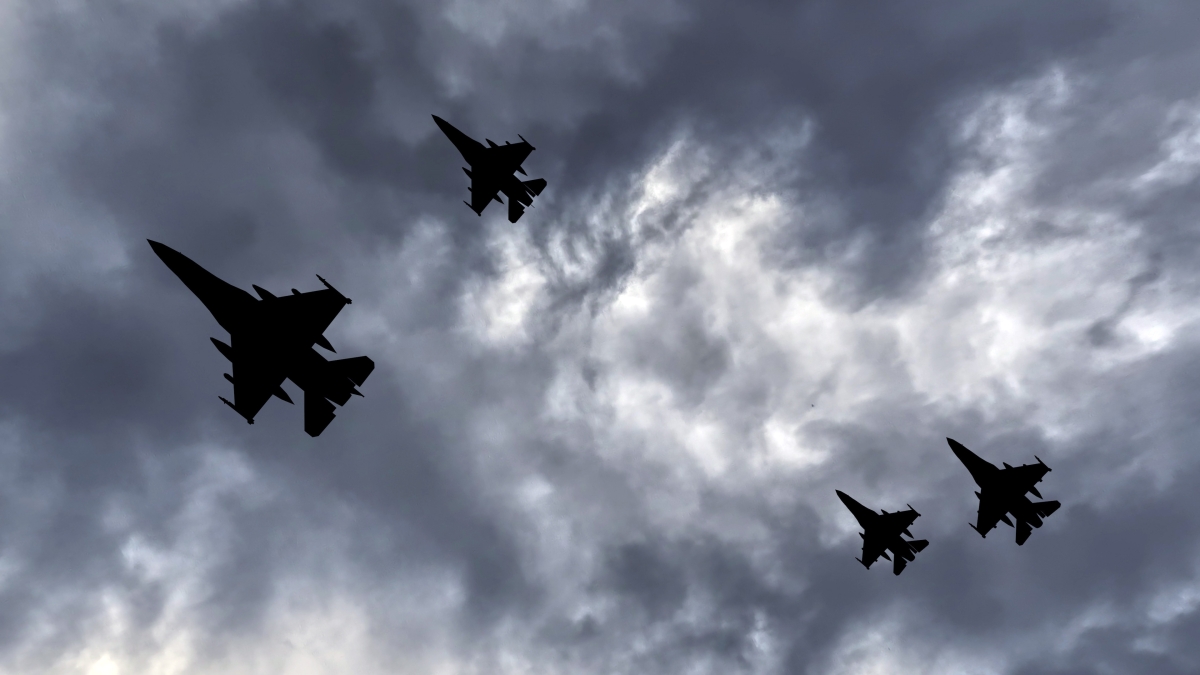 This program has taken place. Find the event recap here »

Tune in Thursday, March 31, at 7 p.m. CT for a live video webcast. We welcome audience questions via YouTube Live.

The recent escalation of tensions in the Taiwan Strait resurfaces questions around Taiwan’s role in the U.S.-China relationship. Over the past few months, Beijing has sent more than 150 military aircraft into Taiwan’s air defense identification zone in response to purported “separatist activities” on the island and against Taiwan’s alliance with the U.S. Will the U.S. reconsider its decades-long “strategic ambiguity” stance on Taiwan? How likely are direct military clashes in the Taiwan Strait and to what degree might the U.S. be involved? What is the legitimacy of Beijing’s “one country, two systems” rule? How should the U.S. respond to Hong Kong, which continues to play a vital financial role in global markets, as it is further subsumed under mainland China’s direct rule?

Join Asia Society Texas as experts discuss the future of U.S. policy toward China amid ongoing economic competition and great-power dynamics, and how such policy may be impacted by developments in Taiwan and Hong Kong.

Elizabeth Freund Larus, Ph.D., is President of E Larus Consulting LLC. Dr. Larus is Professor Emeritus of Political Science and former departmental chairman, the Department of Political Science and International Affairs, at the University of Mary Washington. She was a 2020 U.S. Fulbright Research Scholar and a 2015 Taiwan Fellow. Dr. Larus has more than 30 years of experience writing and commenting on the economics, trade strategies, domestic politics, and foreign policies of the U.S., China, and Taiwan. She regularly offers commentary to national and international media outlets such as CNBC Asia, Indus News, Newsy, Vietnam News, the Financial Times and South China Morning Post.

She is the author of the books Politics & Society in Contemporary China (2020 and 2012) and Economic Reform in China (2005) as well as more than 30 scholarly articles and book chapters.  Dr. Larus is a board member of the American Association for Chinese Studies and served as president of the Virginia Consortium for Asian Studies. She speaks Mandarin Chinese.

Hans Stockton is Dean of the Division of Social and Behavioral Sciences & Global Studies at the University of St. Thomas in Houston, Texas, where he has taught since 2001.  He also serves as director of the Taiwan & East Asia Studies Program, Mandarin Center of UST & WZU, and holds the Cullen Trust for Higher Education/Fayez Sarofim Endowed Chair in International Studies. He previously served as director of the university’s Center for International Studies from 2010 – 2020. Professor Stockton holds a PhD in Political Science from Texas A&M University. His areas of academic specialization are democratization, elections, and security in contemporary Asia Pacific.  He has published articles in journals of political science, economics, public administration, and Asian Studies; authored multiple chapters in edited volumes on military affairs in the Asia Pacific and Taiwan’s political development; and authored or edited three books on development and democratization in East Asia. His most recent book, Taiwan: The Development of a Mini-Dragon (2019), is co-edited with Yao-Yuan Yeh. Professor Stockton is the principal investigator for multiple grant awards from the US Department of Education, Japan Foundation, U.S. Japan Council, and ministries of Foreign Affairs and Education in Taiwan.

Dr. Stockton is a Center Associate of the Election Studies Center at National Cheng Chi University in Taipei, Taiwan and has served as president of the American Association of Chinese Studies (2015, 2016), coordinator of the Conference Group on Taiwan Studies (2012 – 2014), and served multiple terms as president of the Southwest Conference on Asian Studies. He currently serves on the board of directors of the American Association of Chinese Studies and the Houston-Taipei Society. He serves on the editorial boards for Asian Survey and the Korea Journal.  Dr. Stockton has been interviewed by and/or published editorials on matters related to U.S.-China-Taiwan relations and political affairs in China, Taiwan, and Korea in the Associated Press, National Public Radio, Voice of America Asia, Washington Observer Weekly, Taipei Times, Taiwan Journal, e-International Relations, and Houston Chronicle. He has provided political commentary for ABC, NBC, Fox, and CBS local news in Houston, KUHT, the Foreign Policy Research Institute, Radio Taiwan International, NTD TV, Southern Daily News, and the World Journal.

Rick Waters is the Deputy Assistant Secretary of State for China, Taiwan, and Mongolia in the Bureau of East Asia and Pacific Affairs. In this role, he supervises the Office of Chinese and Mongolian Affairs and the Taiwan Coordination staff and has day-to-day responsibility for our diplomatic missions in China and Mongolia and our relationship with the American Institute in Taipei. His previous roles at the State Department include Executive Assistant to Under Secretary of State David Hale, Director of the Office of Chinese and Mongolian Affairs, and Political Counselor positions at Embassies Beijing and Islamabad and Consulate General Jerusalem. Rick has served multiple tours in China including 1998-2001, during the accidental bombing of the Belgrade Embassy and the EP3 Hainan Island crisis. His Department tours include staff assistant to Bill Burns, Deputy Director in the Office of Israeli-Palestinian Affairs, and Middle East action officer in the Bureau of Political-Military Affairs. Rick speaks Mandarin, Arabic, and Spanish.

David J. Firestein is the inaugural president and CEO of the George H. W. Bush Foundation for U.S.-China Relations. Previously, Firestein was the founding executive director of The University of Texas at Austin’s China Public Policy Center and a clinical professor at UT’s Lyndon B. Johnson School of Public Affairs. Before moving to UT, he served as senior vice president and Perot Fellow at the EastWest Institute, where he led the Institute’s Track 2 diplomacy work in the areas of U.S.-China relations, East Asian security and U.S.-Russia relations. From 1992–2010, Firestein was a decorated career U.S. diplomat, specializing primarily in U.S.-China relations.

A native and current resident of Austin, Texas, he holds degrees from Georgetown University and The University of Texas at Austin.