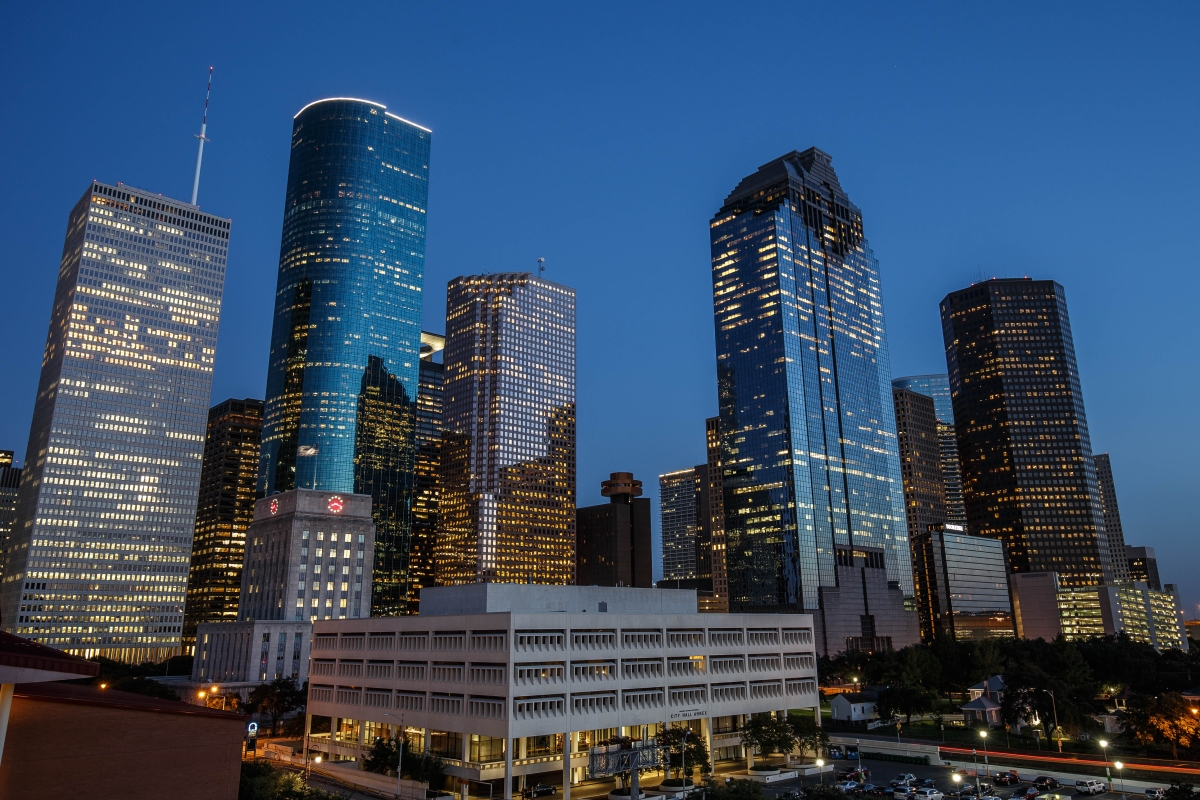 Hurricane Harvey dropped record amounts of rain on Greater Houston in 2017 and cost the city billions of dollars in damage. The event also followed a challenging stretch of floods during Memorial Day in 2015 and Tax Day in 2016. Houstonians were left to wonder if flooding would become the new norm and how to plan for the future.

Fortunately, researchers can look across the Pacific to Asian cities with similar environmental landscapes and urban profiles for concepts on how to integrate policy and practice. For example, Tencent's headquarters in the southern Chinese metropolis of Shenzhen are implementing a "sponge city concept," using gardens and permeable building materials to manage stormwater runoff from annual monsoons.

Join Asia Society Texas Center for a conversation on the way forward for Houston as a city, and the urban planning, development, and transportation solutions to a sustainable future.

Rizal Algamar is the Country Director of The Nature Conservancy – Indonesia Program since 2012 and Chairman of the Board of Management of Yayasan Konservasi Alam Nusantara since 2015. With 20+ years of experience in both corporate and nonprofit sectors, Rizal's background includes international trade and business development, fast moving consumer goods, and financial sector at various Indonesian conglomerates. He also worked with the Putera Sampoerna Foundation, the largest private foundation in Indonesia that provides access to and quality of education as Head of Partnership. Prior to joining The Conservancy, he was the Senior Vice President at Bank BTPN, majority-owned by U.S.-based private equity firm TPG Capital, where he designed and implemented successful bank-wide sustainability programs in health and wellness, entrepreneurial capacity-building training, an community empowerment program for the mass market segment that aimed to improve customers' businesses, livelihoods, and healthy lifestyles. His personal passions are in developing systemic impact at scale through social responsibility and sustainability balanced with pragmatic business perspectives and organizational excellence.

Jackson Ewing holds a joint appointment as a senior fellow at Duke University's Nicholas Institute of Environmental Policy Solutions and an adjunct associate professor at the Sanford School of Public Policy. He works closely with the Duke Kunshan University Environmental Research Center in greater Shanghai to build policy research collaboration across Duke platforms in the United States and Asia. Prior to joining Duke, Dr. Ewing was director of Asian Sustainability at the Asia Society Policy Institute in New York, and a MacArthur Fellow and head of the Environment, Climate Change and Food Security Program at Singapore's S. Rajaratnam School of International Studies. He has led projects on Asian carbon market cooperation, food systems transformations, and sustainable resource development and urban resilience in the ASEAN Economic Community. Dr. Ewing has worked throughout Asia with actors in government, the private sector, civil society, and international organizers; publishes widely through a range of mediums; and is a regular contributor to radio, television, and print media.

William Fulton is Director of the Kinder Institute for Urban Research at Rice University. He is a former Mayor of Ventura, California, and Director of Planning & Economic Development for the City of San Diego. In his career, Mr. Fulton has also served as Vice President for Policy at Smart Growth America, Principal in the California-based urban planning firm now known as PlaceWorks, and Senior Fellow at the Sol Price School of Public Policy at the University of Southern California. He is the founding editor and publisher of California Planning & Development Report and author of five books, including Guide to California Planning, the standard urban planning textbook in California, and The Reluctant Metropolis: The Politics of Urban Growth in Los Angeles, which was an L.A. Times best-seller. His most recent book is Talk City: A Chronicle of Political Life in an All-American Town. He holds master's degrees in mass communication from The American University and urban planning from UCLA.

Brandi Smith is a reporter with Houston’s CBS affiliate KHOU. She won national praise for her courageous actions, while still on-air, to save a stranded truck driver during Hurricane Harvey in 2017. Her shift starts at 3 a.m. and she is on air for KHOU 11 News at 5 a.m., Monday through Friday. In her 17-year career, she has worked in Oregon and Idaho, but she is thrilled to be able to call such an energized, vibrant, and diverse city home.

Click for directions
Buy Tickets
$10 Members, $20 Nonmembers
20181114T181500 20181114T194500 America/Chicago Asia Society: Houston Reimagined: Building a Resilient City and Best Practices from Asia In the aftermath of Hurricane Harvey and other recent record flood events, what can Houston learn from Asian cities with similar environmental landscapes and urban profiles? Join Asia Society Texas Center for a conversation on the way forward for Houston as a city, and the urban planning, development, and transportation solutions to a sustainable future.