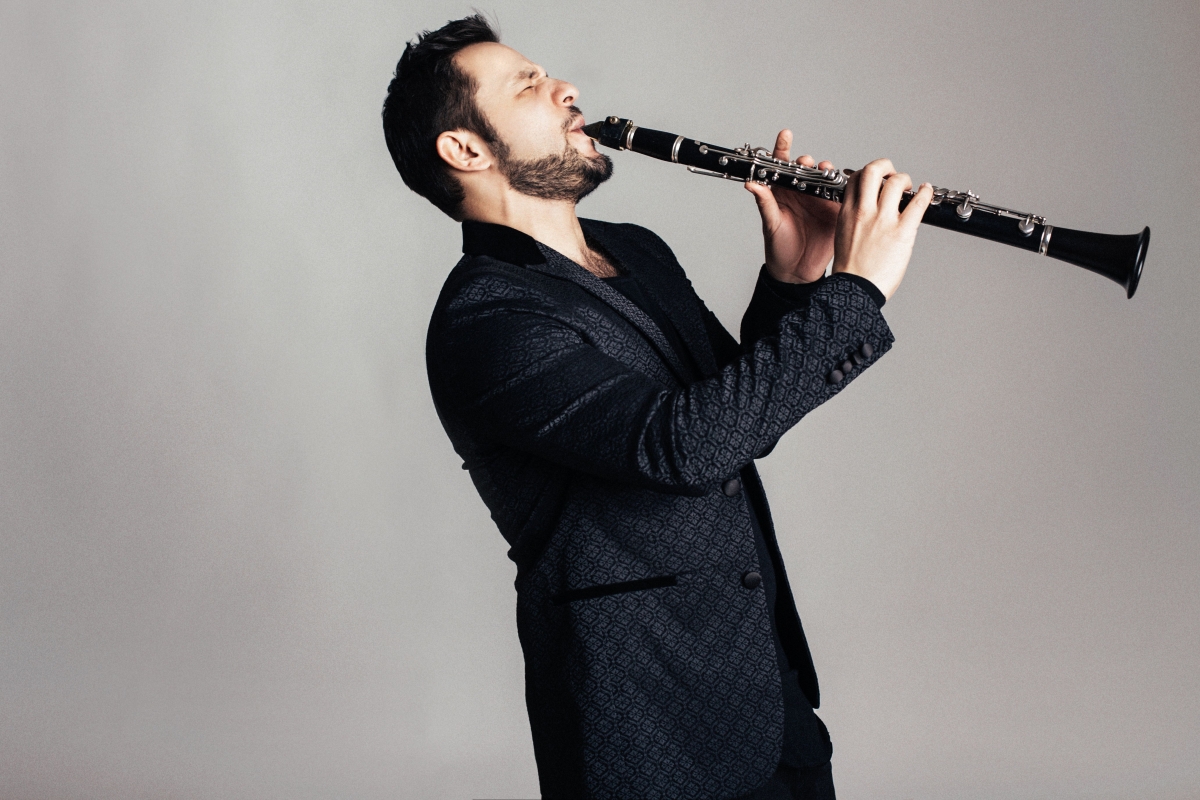 This event will take place in the Edward Rudge Allen III Education Center. Doors will be open to the Chao Foundation Green Garden for enhanced airflow.

The program will take you on a cultural tour of Turkey, showcasing music of the Ottoman Empire — from the Mediterranean to the Black Sea and Georgia to Bulgaria. Join us for a festive night of Turkish traditional and contemporary music.

In addition to the live concert, the festival will also include a series of online events that will be announced on hoppaproject.com.

The extraordinary clarinetist Ismail Lumanovski is a musical force of passion and dynamic virtuosity. Already of international distinction, Lumanovki has launched a major career as a soloist and chamber musician in both classical and cross-over repertoire. His synergistic blend of natural talent and training combines the spirit of folk music with the discipline of classical music.

Born in Bitola, Macedonia, Lumanovski started playing the clarinet at age eight. His United States debut performance of Weber’s First Clarinet Concerto in Interlochen, Michigan was in 2002. He holds a Bachelor of Music Degree and Master of Music Degree from the Juilliard School of Music in New York where he studied with Charles Neidich and Ayako Oshima.

Hoppa Project aims to promote music from Eastern Europe and the Middle East by performing the music of the region with a wide range of styles from folk to newly commissioned contemporary music.

‘Hoppa’ is an exclamation that is commonly used in the region to say “Come on! Let’s go!” This is the attitude Hoppa feels is needed to share what they love. Their goal is to expose people to a culture that they might not know well and also bring foreigners abroad back home with music. Hoppa Project brings western and eastern trained musicians together in order to discover cultural connections.

Some of Hoppa Project’s recent events include a multi-day annual Turkish Music Festival in Houston, a concert series of Turkish and Australian music to remember the 100-year anniversary of the events at Gelibolu (Gallipoli) during World War I; and the Segâh Festival of Persian and Turkish Music, a multi-day festival held in Pittsburgh, PA to highlight the cultural relationship between these two regions.

Major support for Performing Arts programs comes from Nancy C. Allen, Chinhui Juhn and Eddie Allen, Ellen Gritz and Milton Rosenau, the City of Houston through Houston Arts Alliance, Houston Endowment, The Hearst Foundation Inc., The Brown Foundation Inc., Mary Lawrence Porter, and the Anchorage Foundation of Texas. Generous funding also provided by AARP, The Clayton Fund, The Cullen Trust for the Performing Arts, Miller Theatre Advisory Board. Additional support provided by the Wortham Foundation, Texas Commission on the Arts, National Endowment for the Arts, United Airlines, The Southmore, and through contributions from the Friends of Asia Society, a dedicated group of individuals and organizations committed to bringing exceptional programming and exhibitions to Asia Society Texas Center.