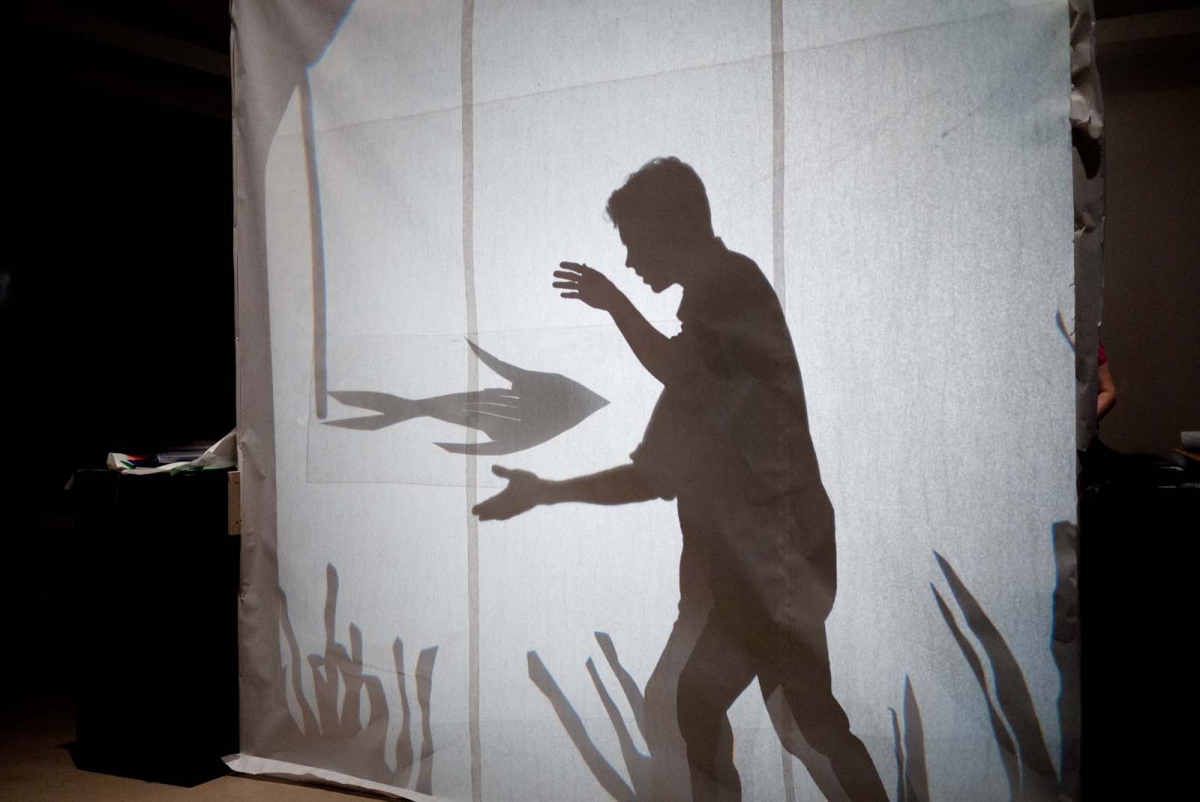 Discover the theatrical magic of shadow and light at our Shadow Puppetry Camp! You’ll dive into the shadow puppetry traditions from different Asian countries, including the Wayang Kulit from Indonesia. Design and build your own shadow puppets, then discover how to make them tell a story, and join your fellow campers in an exciting performance on stage!

For more information, or to be added to the ExploreAsia email list, please contact Michael Buening at MBuening@AsiaSociety.org.

Tom Lee is a puppet artist, designer and director who specializes in Asian inspired puppet theatre. He performed extensively as a puppeteer including in the Tony Award-winning War Horse on Broadway, in Madama Butterfly at the Metropolitan Opera and in Petrushka & Le Grand Macabre with the New York Philharmonic. In addition, he has designed and directed puppetry for theatre and opera including The Scarlet Ibis at HERE Arts Center, Saggitarius Ponderosa with The National Asian American Theatre Company and the stage adaptation of Haruki Murakami’s The Wind-Up Bird Chronicle. His recent work includes live feed video design for Dan Hurlin’s Demolishing Everything with Amazing Speed (Bard Summerscape, American Dance Institute, Holland Festival).

“My daughter loves it, and we are amazed with the knowledge and projects she brings home...This is the best camp, and she is in many, many camps. Thank you again and we will see you next year.” – Parent, Summer Camper

“How rewarding [it is] to find a place that brings the best of so many camps...and is able to also showcase the richness of Asia and its contributions.” – Parent, Summer Camper

Video Game Maker with Writers in the Schools (WITS) Digital
Monday–Friday, June 4–8
During this design camp, dive into stories and artwork from India, China, and Japan, and discover how to weave stories like a pro! After demonstrating video game story-telling, WITS Professional writers will guide you to bring your stories and poems to life.  Students will need to bring their own laptops (no tablets, please). Recommended for students ages 9-12.

Manga Pop!
Monday–Friday, June 18–22
Attention, budding artists and manga fanatics! At this camp, you’ll create your own comics inspired by the Japanese manga style. Learn how comics are made, dive into manga from Astro Boy to Dragon Ball, compete in sketching contests, then show off your work at camp Comic Con on the last day! Recommended for students ages 9-12.

Storytelling Traditions Camp
Monday–Friday, June 25–29
If you love myths and legends, let your imagination run wild while inventing your own! Create your own script based on India’s classic tale The Mahabharata, and then weave together ancient Indian dances, Chinese music, and Japanese drumming to bring it to life by performing for your family and friends on stage at the end of the week. Recommended for students ages 8-12.

Superheroes of Asia
Monday–Friday, July 9–13
Join us for an action-packed week filled with heroes and villains from Asian lore, including the Monkey King, the demon Ravana, and the Crane Princess. Explore myths and legends by performing plays, building costumes and puppets, playing music, and more! Recommended for students ages 6-9.

Amazing Asian Eats
Monday–Friday, August 6–10
Travel across Asia as a globe-trotting foodie! Taste and cook foods from India, Thailand, China, Korea, and Japan. Compete to see who can name the most spices. See who can make the best dumplings. At the end of the week, you and your teammates will create a food stand for an Asian Night Market. This camp is not recommended for children with food allergies or food sensitivities. Recommended for students ages 6–9.

Education and outreach programs at Asia Society Texas Center are made possible through generous funding from Karen Chang and the George and Mary Josephine Hamman Foundation. Additional support is provided by Friends of Asia Society Texas Center, a premier group of individuals and organizations committed to bringing the best in exhibitions and public programming to Houston.