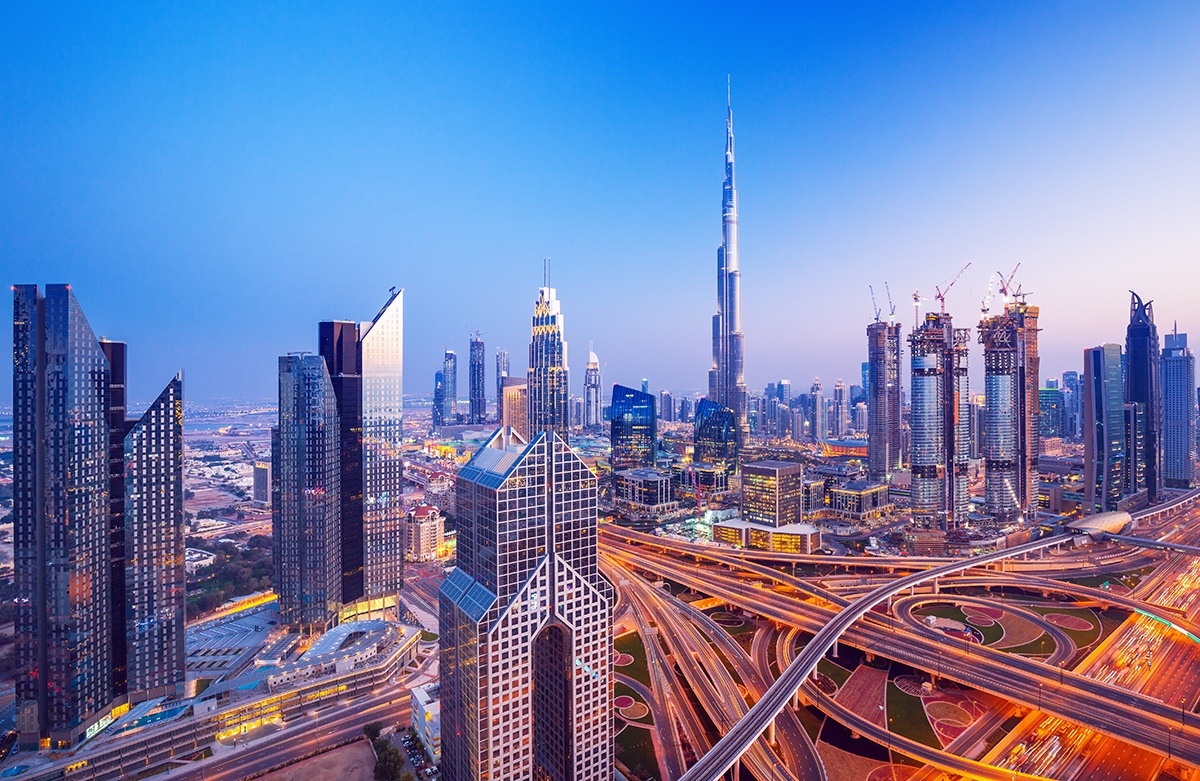 The United Arab Emirates (UAE) is a significant U.S. export market and an important regional hub for American companies doing business throughout the Middle East, Africa, and South Asia. Due to its vast oil wealth and relatively small population to which it must provide services, the UAE is well positioned to ride out the current low-oil-price economy. To diversify away from oil, the government is transitioning from an investment economy to a knowledge economy. Learn how Dubai can act as a platform to enhance business growth both in Dubai and to further markets through its geographic location, human capital, infrastructure, government vision, and "can do" attitude. The investment climate, leading sectors for U.S. export and investment, and business etiquette will be discussed.

Join Asia Society Texas Center, global law firm Seyfarth Shaw LLP, the Dubai Department of Economic Development's Foreign Direct Investment Development Agency, and many other Dubai-based organizations to learn about innovation and investment in Dubai discussed in the lead-up to the Dubai World Expo 2020. The morning program will detail the 10 major innovation pillars of Dubai and offer opportunities for one-on-one breakout meetings with delegates.

Opportunities for businesses include:

Registration for the program is required to RSVP for the breakout meetings.

Sai Pidatala is Senior Counsel at international law firm Seyfarth Shaw LLP where he spearheads much of the firm’s representation of Middle East-based clients comprising family offices, investment firms, funds, financial institutions and multinational companies active in various areas including manufacturing, logistics, distribution, retail, health care, hospitality, food & beverage, technology transactions and cross-border mergers & acquisitions. Having previously lived in the United Arab Emirates and the Kingdom of Saudi Arabia, Sai has a deep knowledge of the culture, business practices and investment climate of the GCC and is a trusted advisor to sophisticated clients in the US and Asia who wish to expand into the Middle East and, conversely, to similar clients in the Middle East, Asia and North Africa who are now increasingly deploying more capital into the US.

His Excellency Fahad Al Gergawi is the Chief Executive Officer of Dubai Investment Development Agency (Dubai FDI), an agency of Dubai Economy – Government of Dubai. In his current role, he leads a team that develops, promotes and supports foreign direct investment (FDI) environment and projects in Dubai. He also serves as Vice President of the World Association of Investment Promotion Agencies (WAIPA). He is a member of Dubai Economy's Executive Committee, chairs Dubai Investment Week organization committee and sits on the advisory board of MODUL University in Dubai. Fahad holds a Bachelor’s degree from the United Arab Emirates University. He is an inaugural graduate of the elite Mohammed Bin Rashid Al Maktoum program for Young Business Leaders and a member of young Arab Leaders Foundation UAE chapter.

His Excellency Saed Mohamed Alawadi is now the Chief Executive Officer of Dubai Exports (DE), earlier being the Chief Operating Officer at EHS, the regulatory arm of Dubai World. Saed has over 20 years of experience in the Government and Private sector with in-depth local market and industrial expertise and knowledge that equip him with the necessary leadership skills to lead and guide organizations. He holds a degree in Chemical & Petroleum Engineering, with a Masters in Environmental Engineering, supplemented by Executive MBA from Wharton Business School, University of Pennsylvania. Saed is also a vice chairman of Masharie Investments and member of the Board of Directors of several institutions, like International Trade Centre (ITC), Export Credit Insurance Co. of Emirates and other Venture Capital & Manufacturing Companies.

His Excellency Saeed Almheiri is the Consul General of the United Arab Emirates (UAE) in Houston, appointed in November 2016. Prior to this assignment, his Excellency was the head of consulate section of UAE in Washington, DC. H.E Almheiri has considerable experience in the UAE Ministry of Foreign affairs in Abu Dhabi-UAE. He played a key role as a Counselor/Deputy Director of projects and buildings management. His Excellency previously worked in the UAE Embassy in Berlin as resident Engineer and head of technical section. H.E Almheiri graduated from the University of UAE-Al Ain, Abu Dhabi with a Bachelor's degree in Civil Engineering. Throughout his career, he has received several awards in engineering, project and building management, and diplomacy.

Shakir Farsakh is the Principal Commercial Officer in Dubai for the U.S. and Foreign Commercial Service, the trade and investment promotion arm of the U.S. government. Since his arrival in September 2017, he and his staff of five have provided international business development and advocacy support for new and established American companies in Dubai and the Northern Emirates. Also, he has helped UAE companies invest in the USA via the SelectUSA program. Previously, he served for three years as the Deputy Principal Officer at the U.S. Consulate in Toronto, Canada. Shakir joined the Foreign Service in May 2014 after an eight-year tenure as the Director of the Long Island Export Assistance Center, for the U.S. Commercial Service, where he helped New York area companies succeed internationally. In the private sector, he managed strategic partnerships for one of the pioneer cloud computing companies in the Boston area, creating the template for strategic partner interaction. He served temporary duty assignments as the Senior Commercial Officer to Morocco in 2008 and the United Arab Emirates in 2004.

Ibrahim Ahli serves as Director of the Investment Support & Promotion Division at Dubai FDI, the foreign investment office in the Department of Economic Development – Government of Dubai. He assists investors with their service requirements and supports companies looking to set up in Dubai or any of its free zones to serve local, regional and international markets. Ibrahim steers the investor outreach and promotion efforts of Dubai FDI with his vast experience in attracting international business and supporting them to establish their operations in the United Arab Emirates in general and in Dubai specifically. His main focus in on identifying the best source markets for foreign direct investment (FDI) into Dubai and cementing the emirate’s position as the best investment destination in the Middle East.

Ahmed Bin Sulayem is the Executive Chairman of DMCC and has driven its growth from a start-up of 28 member companies in 2003 to the world’s leading free zone in 2018 with over 16,000 member companies from 170 countries, employing over 60,000 people. In 2018, DMCC was named the ‘Global Free Zone of the Year’ by The Financial Times fDi Magazine, for a record fourth consecutive year. Ahmed currently serves as the Chairman of the Dubai Diamond Exchange (DDE) and the Dubai Gold & Commodities Exchange (DGCX). The Kimberley Process officially appointed the UAE as the first and only Arab country to Chair the Kimberley Process in November 2015. Shortly after, the UAE Ministry of Economy officially appointed Ahmed as the UAE’s Chair of the Kimberley Process for 2016.

Al Hinton joined the Government of Dubai and Dubai's Investment Development Agency in May 2014 as Advisor at Dubai FDI. Al is from Toronto, Canada, and prior to commencing his new role, Al had spent the 12 previous years as the Area Director MENA Region for the Ministry of Economic Development & Trade, Government of Ontario, Canada, where he had the responsibility of 21 countries promoting trade and investment on behalf of the government. Here he crossed into many sectors including ICT, Life & Health Sciences, Infrastructure (architectural & engineering, project management, construction and building products), Oil & Gas, and Renewable Energy. In 2013, the Dubai Government approached him to come to Dubai to work. Al is a graduate of the Canadian Institute of Management at York University with the Professional Designation of C.I.M. and from Ryerson Polytechnical Institute (now Ryerson University) in Marketing.

Faisal Jassim has been engaged with JAFZA /DP World for the past 3.5 years and has had varied responsibilities including that of Regional Head of Sales for the America’s & Europe. In this role he is responsible for attracting industrial foreign direct investment to Dubai as well as the facilitation of trade regionally and internationally through the parent entity Dubai Ports World. Faisal advises clients on the optimization of their value chain and advises how to streamline their businesses. He regularly engages with his clients on trade, marketing and logistical solutions. With a degree in Corporate Finance from Bentley University, Boston and financial institution experience, Faisal’s background is well matched to assist businesses looking to advance into Dubai.

Danny E. Sebright was appointed in June 2008 to the position of President of the U.S.-UAE Business Council, the leading advocate for building commercial relationships and expanding business opportunities between the two countries. Previously Danny served as Vice President of The Cohen Group, an international strategic consulting firm led by former Secretary of Defense William S. Cohen, responsible for pursuing many of the firm’s international activities. He now leads The Cohen Group efforts in the Middle East. Danny has also served as the Defense Department’s Director of the Policy Executive Secretariat for the global war on terrorism from 2001-2002, and served in the Office of the Under Secretary for Policy at DoD from 1995-2001, representing Department of Defense positions with other executive-branch policy offices. He conducted bilateral negotiations with foreign officials, including providing the Defense Department policy perspective on the Middle East Peace Process, regional arms sales, and counter-proliferation initiatives. 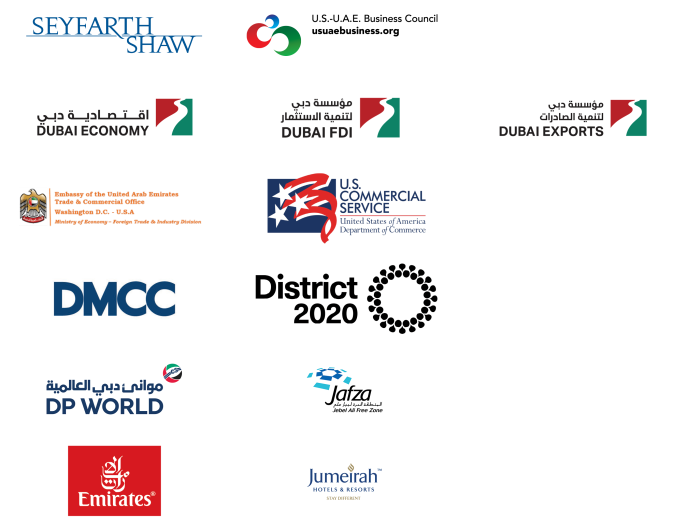 Click for directions
Buy Tickets
$15 Members, $25 Nonmembers; Registration is required to RSVP for the breakout meetings