Connecting Through Comedy: A Conversation With Aasif Mandvi 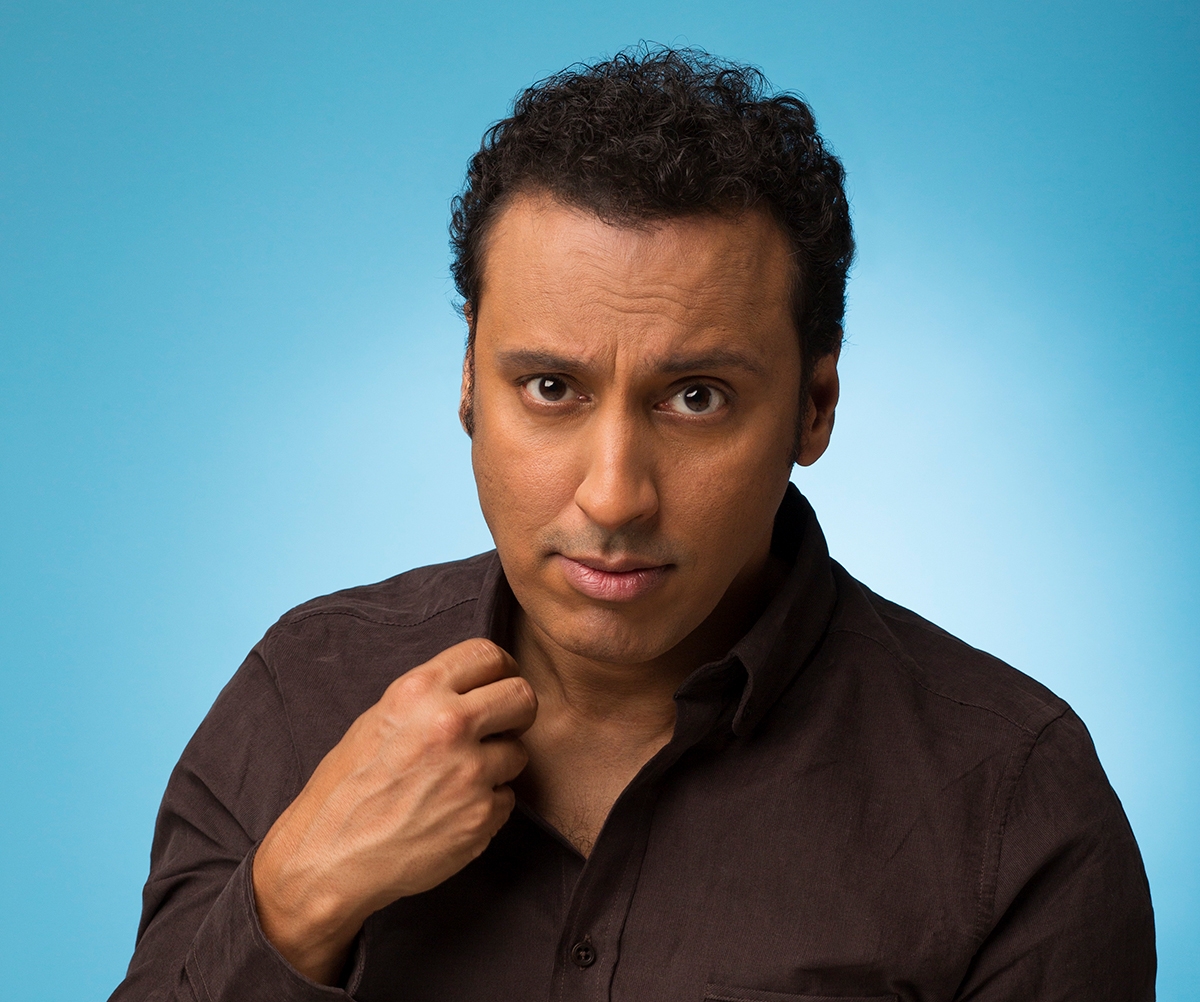 Comedy and laughter have historically served as an effective entry point for people of varied backgrounds to learn about one another. Many Americans first encountered Aasif Mandvi in 2006 during appearances as "Senior Middle East Correspondent" on Comedy Central's The Daily Show with Jon Stewart. Mandvi took this opportunity to become a powerful spokesperson for American Muslims and has used comedy and entertainment to discuss prevalent issues and to remind us of our shared humanity.

Born in India and raised both in the United Kingdom and Florida, Mandvi also dedicates his time to charity organizations which assist in flood relief, medical care for disadvantaged populations, and humanitarian aid. Mandvi aspires not only to provide positive representation for American Muslims — he also hopes to challenge non-Muslim audiences, as he shared recently in The New York Times: "First of all, I want them to be entertained. And I want them to laugh. And then maybe it will make people think about the absurdity of fear and prejudice, and say, oh that's interesting, I never thought about it that way."

Join Asia Society Texas Center for an enlightening one-on-one conversation with Aasif Mandvi about his life journey, his learnings along the way, and connecting through comedy.

Tickets for this program will not be sold at the door.

Aasif Mandvi is a Peabody Award-winning actor, writer, creator, comedian, author, and producer. Widely known for his work as a correspondent on the multi Emmy Award-winning, The Daily Show with Jon Stewart, Mandvi built his roots in New York theater under the tutelage of the pre-eminent acting teacher, Wynn Handman, with whom he was able to develop and create his critically acclaimed one-man show, Sakina’s Restaurant, which premiered at the American Place Theater and earned him an Obie Award. He is currently reviving this production at the Minetta Lane Theatre.

Mandvi can be seen alongside Alec Baldwin and Salma Hayek in the feature film Drunk Parents and stars opposite Kate Hudson, Jennifer Aniston, and Julia Roberts in the Garry Marshall feature, Mother’s Day. Mandvi has co-starred opposite Jon Hamm in Million Dollar Arm, and had supporting roles in The Internship, Movie 43, The Dictator, Dark Horse, Gods Behaving Badly, Premium Rush, and most recently, the independent feature film A Kid Like Jake. He co-wrote and starred in Today’s Special, which premiered at the London Film Festival and won the audience award at The Palm Springs Film Festival.

He has a recurring role on TVLAND’s Younger, Netflix’s A Series of Unfortunate Events, and Hulu’s second season of Shut Eye. He was recently a host on National Geographic’s Years of Living Dangerously, which addressed climate change, and he wrote, produced, and starred in the HBO series, The Brink. Mandvi also co-created and starred in the Peabody Award-winning web series, Halal in the Family, which garnered over 500 million media impressions within days upon launch and addressed Islamophobia through parody and satire. Mandvi is the author of a collection of personal stories entitled No Land’s Man for Chronicle Books.