Can You Turn on Your Lights?: The Power of Electricity to Address Inequality [POSTPONED] | Asia Society Skip to main content

Can You Turn on Your Lights?: The Power of Electricity to Address Inequality [POSTPONED]

In partnership with Vega Energy 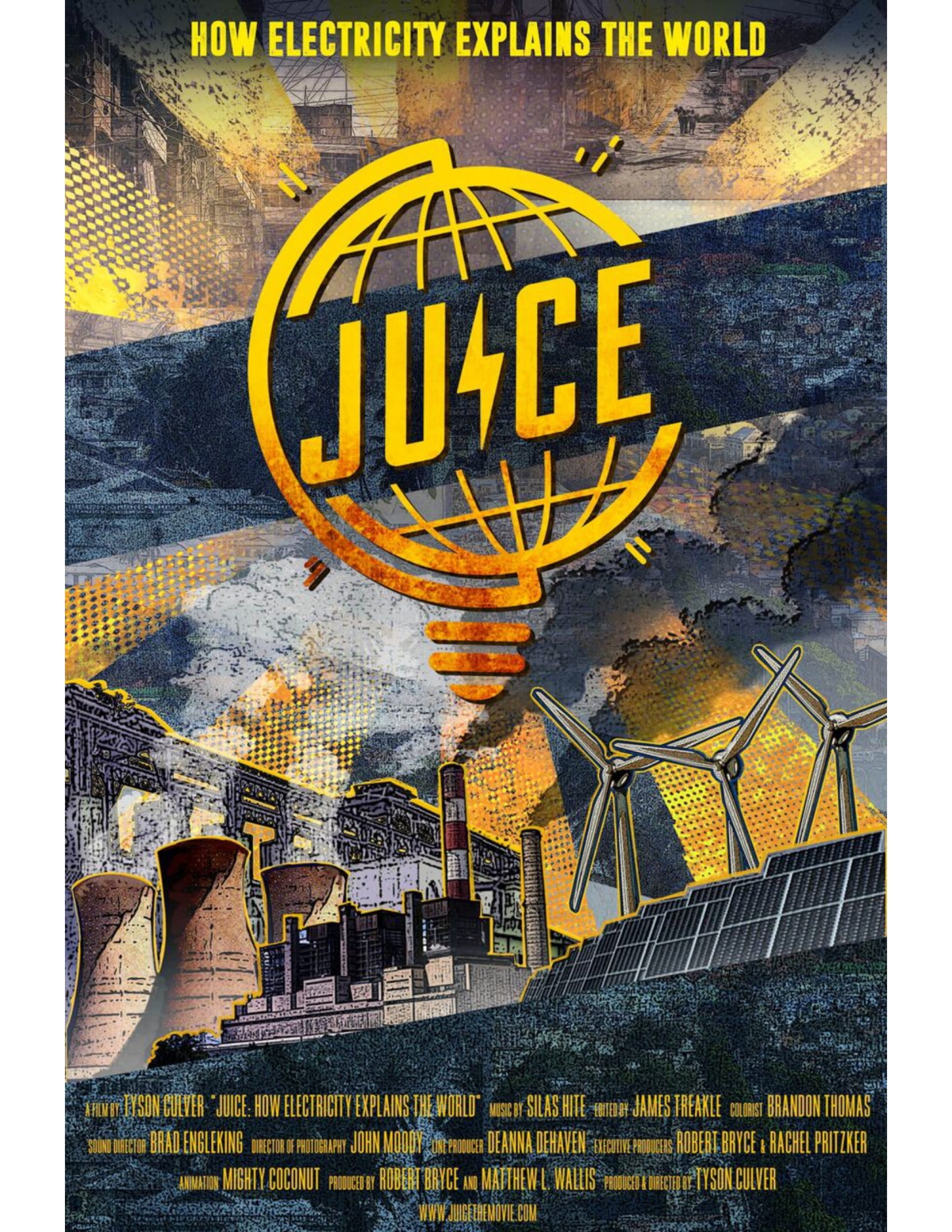 Poverty, women's rights, climate change — indeed, many of the world's most pressing challenges — can be explained by answering one question: Can you turn your lights on in the morning?

Over a three-year period, the Juice documentary team traveled 60,000 miles to interview more than 50 people from Beirut, Reykjavik, Kolkata, San Juan, Manhattan, and Boulder to tell the human story of electricity and to explain why power equals power. The defining inequality in the world today is the disparity between the electricity-rich and the electricity-poor. About three billion people on the planet today are living in places where per-capita electricity use is less than what's used by an American refrigerator. Juice shows how electricity explains everything from women's rights and climate change to Bitcoin mining and marijuana production. The punchline of the film is simple: darkness kills human potential. Electricity nourishes it. Juice explains who has electricity, who's getting it, and how developing countries in Asia and all over the world are working to bring their people out of the dark and into the light.

Join us for a screening of the documentary, followed by a discussion and Q&A with producer Robert Bryce and director Tyson Culver on how electricity availability doesn't guarantee wealth, but its absence almost always means poverty.

Robert Bryce is a Texas-based author, journalist, and film producer. He has been writing about energy and politics for three decades, during which he has covered everything from Enron’s bankruptcy and the digitization of drilling rigs to nuclear energy and the future of batteries. His articles have appeared in dozens of publications including The Wall Street Journal, New York Times, New York Post, and National Review. He has published five books including Power Hungry: The Myths of “Green” Energy and the Real Fuels of the Future and Smaller Faster Lighter Denser Cheaper: How Innovation Keeps Proving the Catastrophists Wrong. He is also the producer of a new feature-length documentary film: Juice: How Electricity Explains the World. His sixth book, A Question of Power: Electricity and the Wealth of Nations, will be published March 10, 2020 by PublicAffairs.

Tyson Culver is the co-founder of C2C Media, an Austin-based video production company. Over the past 20 years, he has produced commercials and branded content for many national and international brands, including Whole Foods Market, Sonic Drive-In, Alcon Eyecare and many more. Tyson honed his craft with the Spike and Comedy Central crews, creating network-branded trailers and commercials for multiple blockbuster properties, including: Lone Survivor, Star Trek: Into Darkness, and Wolverine. He has won 18 Pollie and Telly Awards, honoring the best political and advertising spots in film and television.