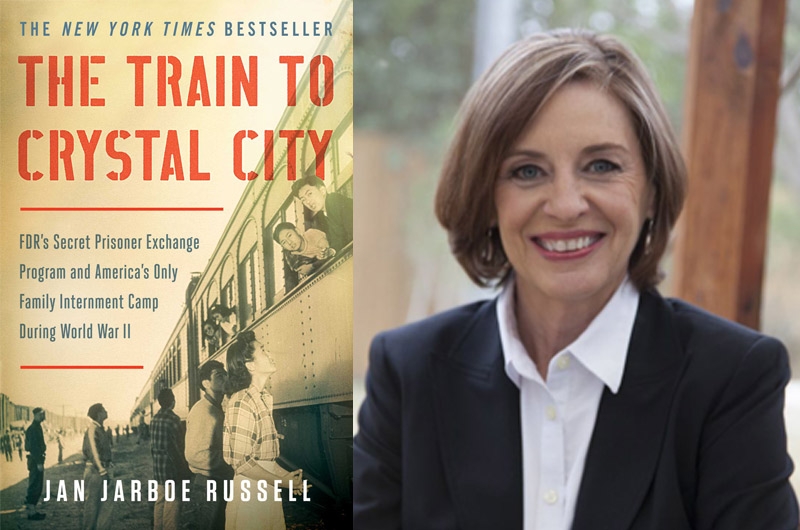 Asia Society Texas Center partners with the Harris County Public Library's Gulf Coast Reads program to offer a conversation with Jan Jarboe Russell about her book The Train to Crystal City. The book chronicles the true story of two families interned in Crystal City, Texas and their attempts to return to the US after being part of a prisoner exchange program.

Books will be available for purchase on-site from Brazos Bookstore.

The New York Times: Purgatory at Home In Wartime

Jan Jarboe Russell is a former Neiman Fellow, a contributing editor at Texas Monthly, and has written for the San Antonio Express-News, The New York Times, Slate, and other magazines. She is the author of Lady Bird: A Biography of Mrs. Johnson and has also compiled and edited They Lived to Tell the Tale.

For the past four years, Russell has been at work writing The Train to Crystal City, which tells the story of a secret World War II internment camp that was located in Crystal City, Texas. From 1942 to 1948, thousands of German, Japanese and Italian immigrants and their children, many of them born in America, lived behind barbed wire in the 290-acre camp located at the southern tip of Texas, approximately 35 miles from the Mexican border.

Gulf Coast Reads: On the Same Page is an annual regional reading initiative focused on promoting the simultaneous reading or listening to a selected title by those living along the upper Texas Gulf Coast. The reading initiative’s goal is to encourage our communities to read the same title during the month of October in order to encourage readers to come together in discussions about it with neighbors, co-workers, friends and their families, as well as in classrooms and in libraries throughout the region.