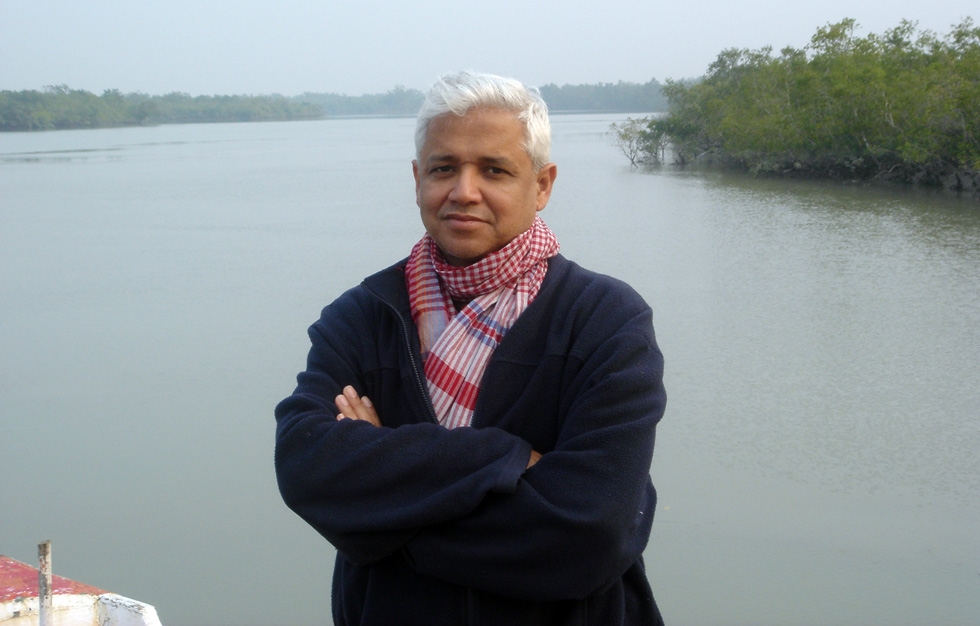 Unfortunately, we are at seating capacity for the Brown Foundation Theater and cannot accommodate further seating RSVPs.

Patrons are invited to experience a live audio stream of the program and join the post-program reception and book signing in the building without an RSVP. Please contact Patron Services at 713.496.9901 with any questions.

Guangzhou (also known as Canton) is one of the world’s great cosmopolitan entrepôts. In the 18th and early 19th centuries, it was through this city, and its environs, that opium was funneled into China by British, American, and Indian merchants. This trade was to have an enormous impact, not just on China but the whole world. Its influence on India was especially significant, for the subcontinent was the world's leading opium-producing region under the British Raj.

Amitav Ghosh’s talk—based on his research for The Ibis Trilogy—explores Guangzhou as an Indian trader might have seen it in the 19th century. He will conclude his talk in a brief conversation with Chitra Banerjee Divakaruni.

A light reception and book signing will follow the program.

Amitav Ghosh was born in Calcutta and grew up in India, Bangladesh, and Sri Lanka. He is the author of one book of non-fiction, a collection of essays and seven novels, of which the most recent is River of Smoke. His books have won prizes in India, Europe, and Myanmar and he has been awarded honorary degrees by the Sorbonne, Paris and by Queens College, New York. He divides his time between Brooklyn, Goa, and Kolkata.

Chitra Banerjee Divakaruni is the award-winning author of many books, including The Mistress of Spices, Sister of My Heart, One Amazing Thing and, her latest, Oleander Girl. Her work has appeared in The New Yorker, The Atlantic Monthly, and The New York Times. Born in India, she lives in Houston and teaches in the nationally-ranked Creative Writing program at the University of Houston.

In collaboration with the India Studies Program at University of Houston. Asia Society Texas Center is funded in part by a grant from the City of Houston through Houston Arts Alliance.

Click for directions
Unfortunately, we are at seating capacity for the Brown Foundation Theater and cannot accommodate further seating RSVPs. Please contact Patron Services at 713.496.9901 with any questions.
20140410T190000 20140410T190000 America/Chicago Asia Society: Authors & Asia: Amitav Ghosh, "From Bombay to Canton" Mr. Ghosh explores Guangzhou as an Indian trader might have seen it in the 19th century.