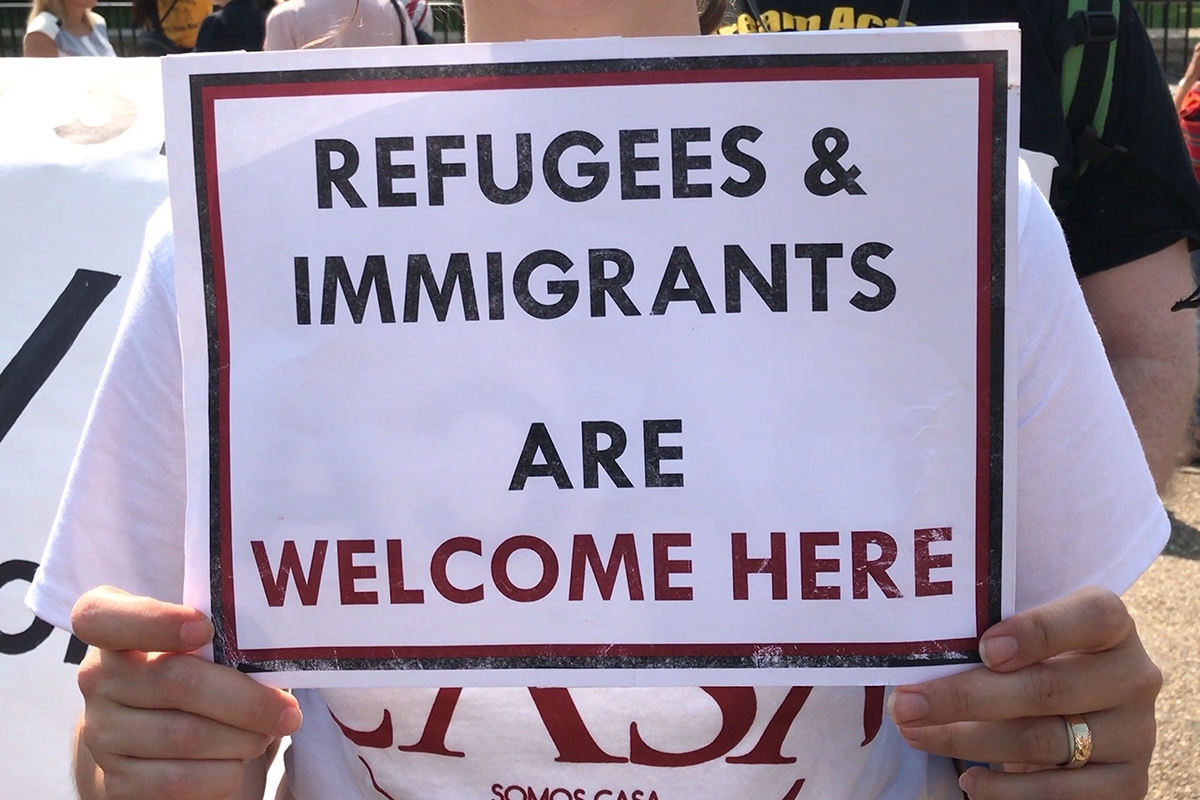 In the wake of the U.S. withdrawal from Afghanistan and resumed Taliban control of the country, tens of thousands of Afghans who helped American forces over the 20-year war are now arriving in the U.S. as refugees. The cities welcoming them include Houston, which is a hub for refugees who have been granted the special immigration visa (SIV) for working with the U.S. in Afghanistan. The sudden influx means resettlement agencies have rushed to secure housing, schooling, and more for the new arrivals. Local community members are also among those mobilizing to welcome and integrate their new neighbors to help them rebuild a new life in Houston.

Join Asia Society Texas for a program on how the local resettlement agencies are providing much-needed support for a new wave of Afghan refugees, and hear stories of the strength and resilience of the Afghan people who started over in the U.S. a few years ago and the life they have built in Houston.

Fahima Akrami hails from Mazar-i-Sharif in Afghanistan. She received her BA in Law and Political Science from Arya University in Afghanistan and a diploma from Medical Secondary School as a midwife. While attending university, she was offered a job as a training assistant with the United Nations Assistance Mission in Afghanistan (UNAMA) at its Regional hub Mazar City. Under UNAMA, Fahima also held a position of radio operator. Post UNAMA, she worked with the Independent Electoral Commission of Balkh Province as a Gender Assistant and, following this assignment, she was offered a position with the U.S. Consulate in Mazar as a Public Affairs Assistant. She worked as a Grant Management Assistant at the U.S. Embassy in Kabul until she moved to the U.S. in 2020.

Ali Al Sudani was born and raised in Missan, Iraq, and was resettled in Houston, Texas, as a refugee by Interfaith Ministries for Greater Houston in April 2009. He holds a Bachelor Degree in Mechanical Engineering from Basrah University, Iraq. In 2003 he started working with the British and coalition forces as Chief Translator in his home city. During this time, the Iraqi militia and nationalist groups began persecuting middle-class individuals who were helping coalition forces and Ali had to leave Iraq to go to Jordan.

Ali joined IM as a Reception and Placement Case Worker in June 2009 and in May 2010 he was promoted to the Director of Refugee Services where he served for seven years. Currently, Ali serves as the Chief Programs Officer of Interfaith Ministries. He oversees All of IM’s programs including Refugee Services, Meals on Wheels, Interfaith Relations and Community Partnerships and Volunteer Houston.

Prior to joining IM, he was Senior Program Coordinator with “People In Need,” a Czech based non-governmental organization. He became a Certified Trainer in Capacity Building with the Czech Fundraising Center and administered several medical and Capacity Building funded projects in Iraq for the International Organization for Migration (IOM), Czech Ministry of Foreign Affairs, National Endowment for Democracy (NED) and United Nations Democracy Funds (UNDEF).

Sultan Aziz is an U.S. national with over thirty years of experience of leadership, development, security sector, rule of law, public administration reform, and gender inclusion, including refugee resettlement in Pakistan, Myanmar, Cambodia, and Malaysia. Sultan has held senior positions at the UN and most recently has worked as a senior advisor to UNDP on Sustainable Development Goals (SDGs). He has worked for the Ministry of Agriculture of Afghanistan as Senior Advisor to the Minister. He worked within the Afghan Ministry of Interior as advisor to the Deputy Minister for Policy and Strategy. Sultan has been involved in development work for much of his career, which has included leading the UN’s consolidated effort ‘Preliminary Needs Assessment for Afghanistan’ for the Tokyo International Conference in 2002. He also designed and managed the Disarmament and Reintegration program from 2002 – 2004. Sultan is currently supporting the Interfaith Ministries' efforts in resettling Afghan refugees. Sultan holds a B.S. from Portland State University in Political Science and a Master's degree in Political Economy from Bowling Green State University, Ohio.

Pooja Lodhia joined KTRK and the ABC13 Eyewitness News team as a general assignments reporter in the spring of 2012.

Before making her leap to Houston, she reported at Eatel News Magazine in Baton Rouge; WLUC in Marquette, Michigan; and WFTX in Fort Myers, Florida. Some of her most memorable stories include covering final space shuttle launch in Cape Canaveral, Hurricane Isaac in New Orleans, and a moose on the loose in Michigan. She truly believes that every person has a story worth telling, and she's honored to be able to do so. Pooja was born and raised in Baton Rouge, Louisiana and has family here in Houston. She has degrees in English Literature and Journalism and a minor in Modern Dance from Emory University in Atlanta.