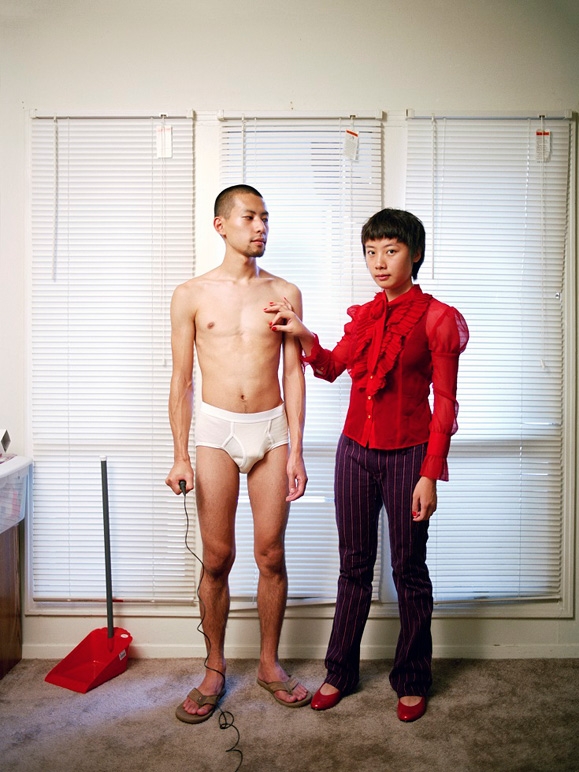 In this presentation complementing the exhibition We Chat: A Dialogue in Contemporary Chinese Art, Asia Society Texas Center welcomes artist Pixy Yijun Liao and guest curator Barbara Pollack, who will discuss Liao’s photography series Experimental Relationship, which challenges traditional notions of power dynamics and gender roles in China. In addition, Liao and Pollack will cover topics related to the works of the other nine artists featured in the exhibition.

Attendees will enjoy free admission the day of the program to the Louisa Stude Sarofim Gallery, featuring We Chat: A Dialogue in Contemporary Chinese Art. The exhibition runs through July 3, 2016, and is open Tuesday-Friday, 11:00 am – 6:00 pm, and Saturday and Sunday, 10:00 am – 6:00 pm.

Pixy Yijun Liao has garnered awards and accolades for Experimental Relationship, an ongoing photography series begun in 2007. Collaborating with her Japanese boyfriend, Liao takes a skewered look at heterosexual relationships, often reversing the power dynamics between a man and a woman to humorous effect. Working in New York, her photographs contradict a recent trend in China in which traditional gender roles are being reinforced due to family pressure to marry and have a child by the age of 30 or else risk being considered a “leftover woman,” the term applied to educated single women living in Chinese urban centers.

Barbara Pollack is a New York-based independent curator, writer, and journalist, and a leading expert on contemporary Chinese art. She is the author of the critically acclaimed survey The Wild, Wild East: An American Art Critic’s Adventures in China (2010), and she writes regularly for The New York Times, Art in America, and ARTnews, among others. Pollack is the guest curator of We Chat: A Dialogue in Contemporary Chinese Art.