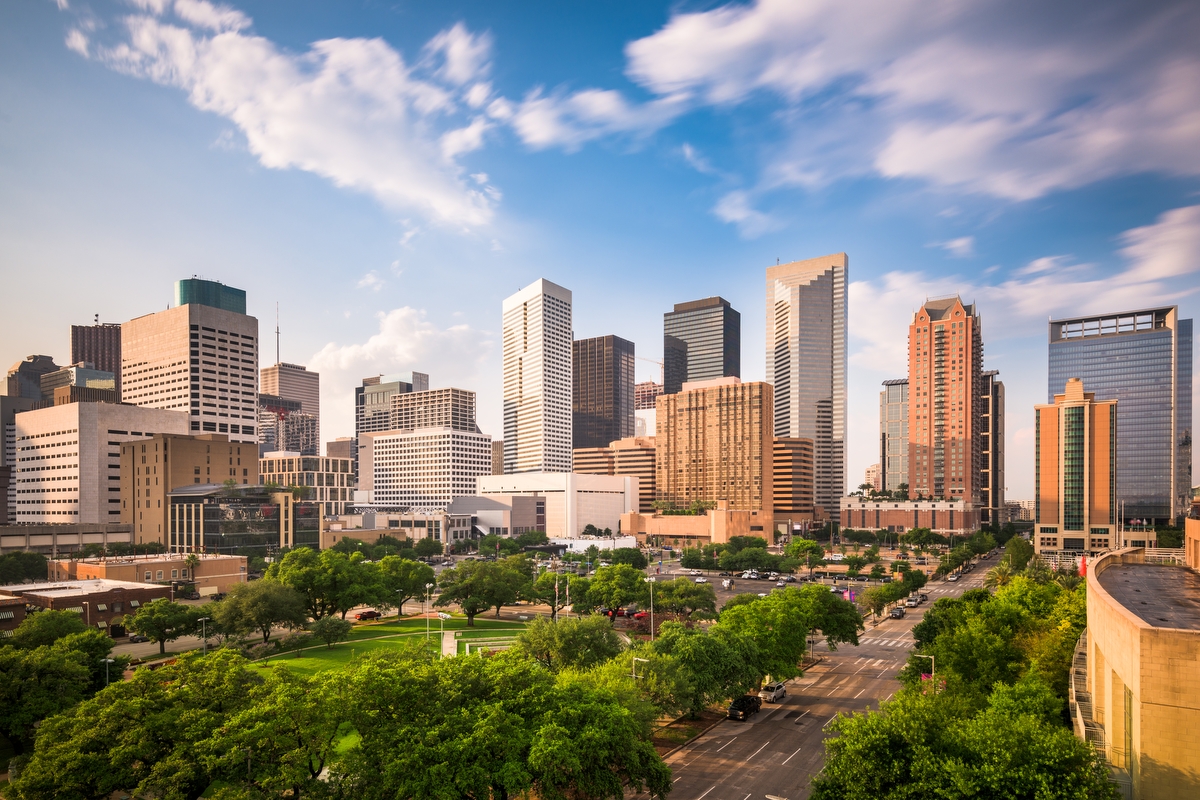 Houston is not only home to the most diverse population in the United States, it also ranks among the top U.S. cities for cultivating minority-owned businesses. A number of different reports have ranked Houston highly for the number and percentage of minority-owned businesses, the opportunity for finding customers, and the rate at which startups are launched as well as the low cost of living. Additionally, business development groups in the Houston area work collaboratively and minority-owned businesses in the area enjoy strong support from local, county, and state elected officials. Among this group of self-made minority entrepreneurs are some of Houston's most recognizable Asian residents, who have established not only successful businesses but also strong community ties.

Join Asia Society Texas Center to hear personal stories from some of Houston's self-made Asian entrepreneurs, as well as their perspectives on the economic opportunities available for current and future entrepreneurs in Houston.

Donna Fujimoto Cole founded Cole Chemical in 1980, at the age of 27 with $5000, divorced, with a four year old daughter. In 2018, Cole Chemical’s business exceeded $14 million in chemical, fuel, and synthetic lubricant sales with chemical supply chain management solutions to a wide range of customers and industries. In 2016 Donna was one of Houston Chronicle’s Distinguished Women of Houston and awarded the Houston Business Journal’s Women in Energy Lifetime Achievement Award, and Cole Chemical named the United States Government Small Business Development Minority Owned Business of the Year Award. She has served on many national and regional boards and currently serves as Trustee of the Rockwell Foundation, Boards of The US Japan Council, Center Asian Pacific American Women, ISM Houston Executive Advisory Board, Advisory Board of Rice University’s Chao Center for Asian Studies, The Advisory Board of the Women’s Home, and International Supply Management. Donna attended University of Texas - Pan American and graduated from Manpower Business Training Institute in Computer Operations and Programming in 1972.

Frank Liu is the founder of Lovett Commercial, Lovett Homes, and InTown Homes. Liu is a Chinese American, born in Taiwan and raised in Vietnam before he came to the US in 1971, residing in Houston since 1973. After graduating from Rice with a civil engineering degree, Frank’s family of companies began in 1980 when he and his Lovett college roommate started Lovett Homes, a premium urban residential development company. In 1995, Frank began Lovett Commercial, specializing in commercial development and redevelopment. In 2003, he started InTown Homes, a design-driven and environmentally-friendly residential development company working in emerging neighborhoods. Through his various companies, Frank has developed over $3 billion in projects throughout Texas, including retail, office, industrial projects, adaptive reuse historic buildings and thousands of homes. Additionally, his real estate projects have been the two time winner of two prestigious ULI (Urban Land Institute) first place awards. He is a proud and active supporter, underwriter and board advisory member for many arts, education and community development organizations throughout the Houston area.

Farid Virani is a serial entrepreneur who enjoys learning and investing in specialty retail, hospitality, real estate and the Film industry. He is the founder and CEO of Prime Communications, the largest privately held AT&T Authorized Retail Chain in the United States. Under Farid's leadership, Prime Communications – founded in 1999 with a single outlet – has grown to 2,300+ locations and has expanded internationally into Canada and Mexico. Farid is engaged with the local community and involved with SEARCH Homeless Services, Texas Children’s Hospital, Teach for America, and has been a longtime active member of YPO.

Gordon Quan has had a long history of community activism. The first Asia American elected citywide to the Houston City Council and first to serve as Mayor Pro Tem, Gordon believes each person can make a difference. Professionally, Gordon is the Managing Partner of Quan Law Group, PLLC. He has been selected for Best Lawyers in America, Texas Super Lawyers, Best Lawyers in Houston, and is AV Rated by Martindale-Hubbell. Gordon continues his community service as a member of the Board of Directors of the Coalition for the Homeless (Houston), the South Texas College of Law, Catholic Charities, and Neighborhood Centers, Inc. He also has chaired the Asian Chamber of Commerce and is the past Vice-Chair of the Asia Society Texas Center.