After the Election: What Does the Future Hold for Hong Kong? | Asia Society Skip to main content

After the Election: What Does the Future Hold for Hong Kong? 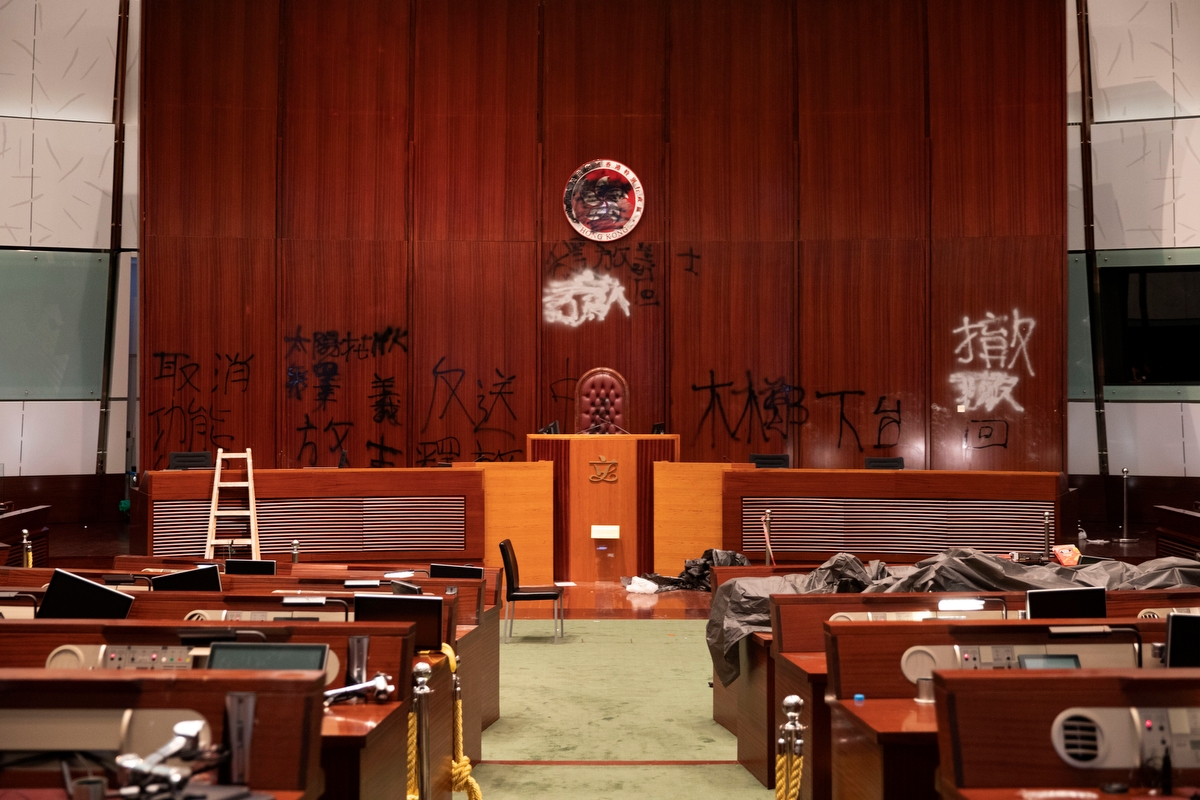 In 2019, Hong Kong saw months of mass demonstrations prompted by a proposed bill that would have allowed individuals to be extradited to mainland China. As the situation escalated, the protests shifted to broader calls for police accountability and political reform. In late November, more than 2.9 million Hong Kong residents turned out to vote in local elections, which were framed as a de facto referendum on the ongoing demonstrations. With a record-setting turnout of over 70 percent — compared to 47 percent for the previous election — voters overwhelmingly backed pro-democracy candidates, who secured nearly 90 percent of open seats.

The election results defied expectations in Beijing and increased pressure on Hong Kong leader Carrie Lam to come up with a political solution to address protesters' demands. How do the results affect China's potential response? What role does — or should — the U.S. play in light of the Hong Kong Human Rights and Democracy Act and ongoing trade negotiations with China?

Join Asia Society Texas Center as experts discuss what the future may hold for Hong Kong, including if continuing demonstrations are likely or whether a peaceful resolution is possible.

Dr. Steven W. Lewis, Ph.D., is the C.V. Starr Transnational China Fellow at Rice University’s Baker Institute and faculty advisor for the Jesse Jones Leadership Center Summer in D.C. Policy Research Internship Program. He is also a professor in the practice and associate director of the Chao Center for Asian Studies, which he helped found in 2008. His research explores the growth of a transnational Chinese middle class; the influence of advertisements in new public spaces in Chinese cities; the development of privatization experiments in China’s localities; and the reform of China’s energy policies, national oil companies and international energy relations. Through the Transnational China Project, he has organized research conferences with the Shanghai Academy of Social Sciences. He has also worked with the Energy Forum as the organizing researcher for the Northeast Asia Energy Cooperation Workshops, the Coastal Cities Summit surveys and U.S.-China-Middle East energy relations conferences. He received his doctorate in political science from Washington University in St. Louis.

Alejandro Reyes is an associate professor and director of knowledge dissemination at the Asia Global Institute, a think tank at the University of Hong Kong (HKU). He manages AsiaGlobal Online, the institute’s digital journal that provides Asian perspectives on global issues. Prior to joining the institute, he was for two years senior policy adviser to the assistant deputy minister for Asia Pacific and co-convenor of the Asia Pacific Policy Hub at Global Affairs Canada. He had previously served in the department in 2002 as a senior policy adviser to the Canadian foreign minister. From 2007 to 2017, he was an associate professor in the Department of Politics and Public Administration at HKU. A Hong Kong-based independent consultant from 2001 to 2017, he worked with several foundations and international organizations including the G20 Business Summit, the Clinton Global Initiative, the World Economic Forum, and the U.S.-Asia Institute, as well as some corporate clients. He began his professional career as a journalist with Asiaweek Magazine, part of Time Inc., where he worked from 1988 to 2001 in Hong Kong and Singapore. Born in the Philippines and a citizen of Canada, he was educated at Harvard University and the University of Oxford and has held fellowships at Columbia University, Ohio University, and the Atlantic Council of the United States. In 2000, he was awarded an honorary doctorate by Queens University in Charlotte, North Carolina.

Chris Tomlinson is a Business Columnist with The Houston Chronicle, where he has written commentary on business, energy, and economics since 2014. Before joining the Chronicle, he spent 20 years with The Associated Press reporting on politics, conflicts, and economics from more than 30 countries in Africa, the Middle East, and Europe. He is also the author of the New York Times bestseller Tomlinson Hill, and he produced the award-winning documentary film by the same name. Both examine the history and consequences of race, politics, and economics in Texas.