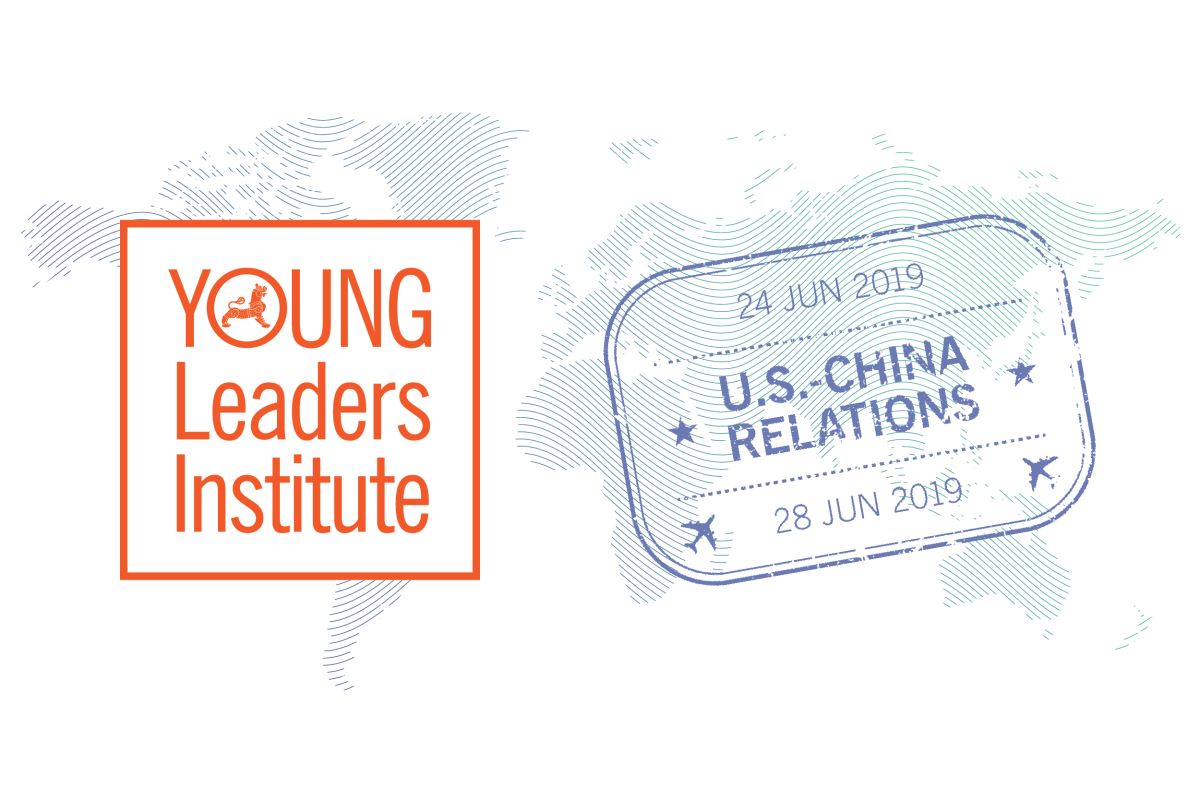 Students interested in attending the first week of this year's Young Leaders Institute must submit the online application by Friday, May 17.

It is free to apply; however, a nonrefundable $50 participation fee (per week) will be due upon acceptance into the Institute. Scholarships are available for students with demonstrated need. Due to a generous donation, the participation fee for this session will be waived for Houston ISD students. Spots are limited, so students are encouraged to apply early to increase their chances of admission.

Topics discussed during the U.S.-China Relations session may include the following (subject to change):

David J. Firestein is the founding executive director of The University of Texas at Austin’s China Public Policy Center (CPPC) and clinical professor at The University of Texas Lyndon B. Johnson School of Public Affairs. As CPPC chief, David leads UT's institutional engagement with China and oversees innovative programming and policy advocacy efforts on China-related policy topics. Prior to joining UT, David served as senior vice president and Perot Fellow at the EastWest Institute. A decorated career U.S. diplomat from 1992–2010, David specialized primarily in China and U.S.-China relations. He is the author or co-author of three books on China. A near native-level speaker of Chinese, he has interpreted for scores of U.S. and Chinese officials. He is also an advanced speaker of Russian. Throughout his career, David has played an active role advancing U.S.-China relations and U.S.-China and U.S.-Asia trade. He has also produced path-breaking thought leadership, policy papers, scholarship and Capitol Hill testimony on a range of topics, including the U.S.-China “trade war,” U.S. arms sales to Taiwan, U.S.-China infrastructure investment cooperation, U.S. public diplomacy and the role of national exceptionalism as a driver of major international conflict. David currently serves numerous China-focused, Texas-focused and business-focused U.S. non-profit entities in executive leadership and/or Board capacities including president and CEO of the Houston-based George H. W. Bush Foundation for U.S.-China Relations. A native of Austin, David holds a bachelor’s degree from Georgetown University and two master’s degrees from The University of Texas at Austin.

Jon Taylor is a Professor of Political Science and Chair of the Department of Political Science and Geography at the University of Texas at San Antonio. He holds a Ph.D. in Political Science from the University of Oklahoma. His areas of academic specialty are in Chinese politics and public policy, Chinese and U.S. urban politics and urbanization, and comparative public sector ethics. His current research focuses on urban development in Western China, the Communist Party’s online accountability system, measuring provincial level public corruption in China, and the role that indigenous Chinese political science plays within the global discipline. His most recent scholarly works include “Five Years On: The Beijing-Tianjin-Hebei Urban Agglomeration,” “Dehegemonizing the Discipline: China’s Contribution to a Pluralist Political Science,” “Between Sinification and Internationalization: Chinese Political Science in the Post-Reform Era,” and “The China Dream is an Urban Dream: Assessing the CPC’s National New-Type Urbanization Plan.”

He regularly contributes opinion and analysis pieces to both Chinese and U.S. media. He is a member of the Association of Chinese Political Studies, the American Political Science Association, and the Chinese Public Administration Society.

Session 3: Energy and Security
Monday, July 22 – Friday, July 25, 2019
Topics may include the future of renewable fuels, the importance of growing demand, and managing risk in potential geopolitical flashpoints.