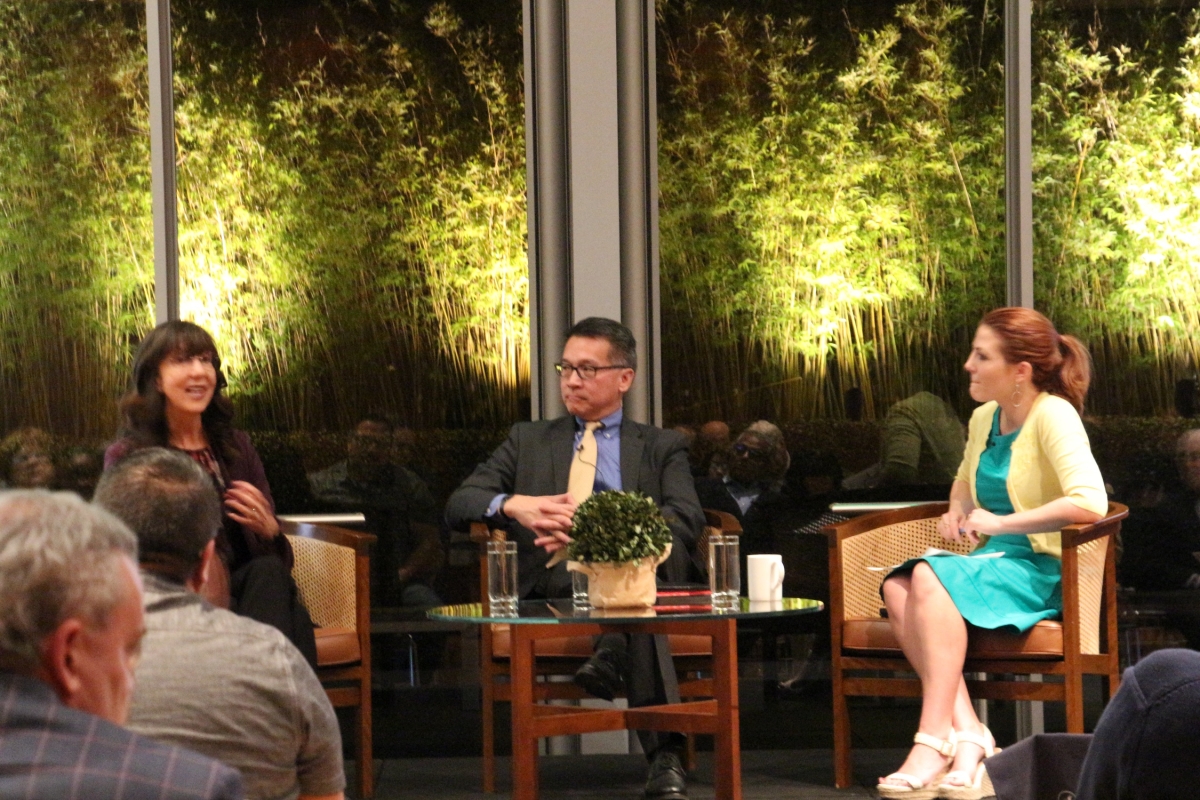 The conversation on the future energy landscape for Asia centered on the rapid growth of energy consumption in the region — along with associated concerns over emissions and environmental effects — and what role China or the U.S. can play in the transition to renewable energy.

The speakers examined current Chinese and U.S. energy policies, including China’s Belt and Road Initiative (BRI) and massive investment in solar energy and electric vehicles as well as the U.S. State Department’s Asia EDGE program, which provides an alternative to China’s BRI in helping grow sustainable and secure energy markets throughout the Indo-Pacific.

While complimentary of China’s investment in green energy, Finamore noted that China’s coal consumption remains high, even growing in recent years as a percentage of the country’s total energy use following a decline after 2013. On the U.S. side, Yu also noted that the current administration’s energy policy remains more focused on driving projects revolving around liquefied natural gas (LNG) and oil than on renewables.

Nevertheless, both speakers said they believe a transition to clean, sustainable policies in an effort to grow energy access and eliminate energy poverty in Asia is possible and even necessary, particularly with partnership opportunities from the U.S. Finamore underlined the essential nature of innovation and development of new technology, particularly energy storage. Yu also highlighted the work being done in the U.S. at state and local levels to address growing climate concerns. He said he believes the benefits of clean energy — economic ones as well as health and environmental benefits — will motivate both the public and policymakers in the U.S. as well as in Asia.