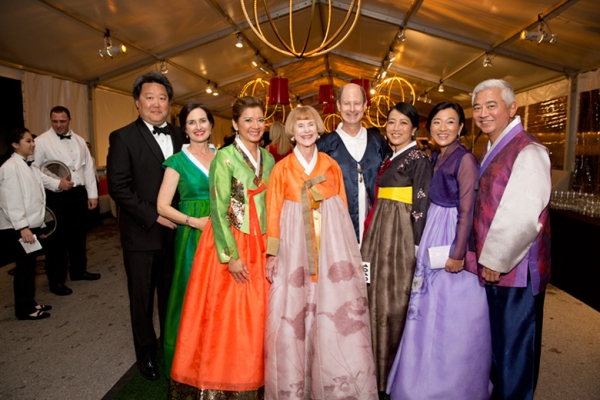 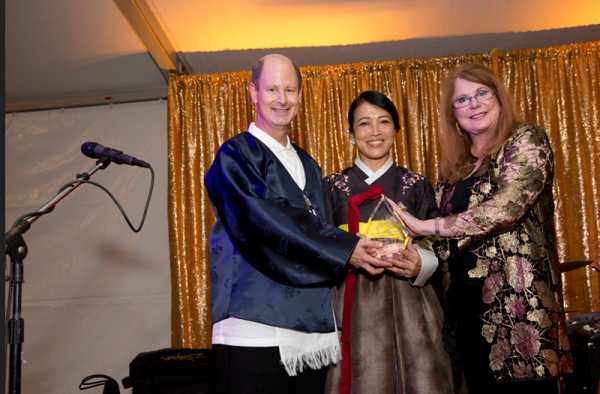 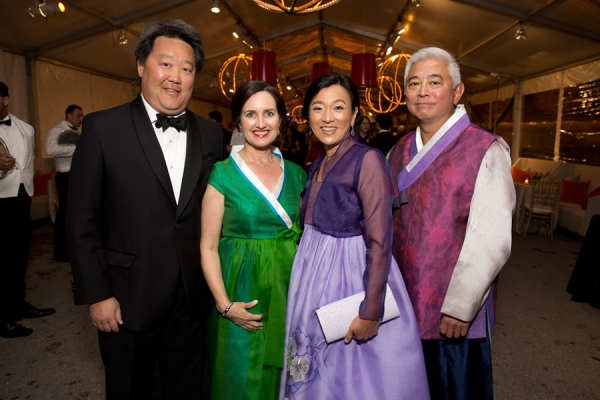 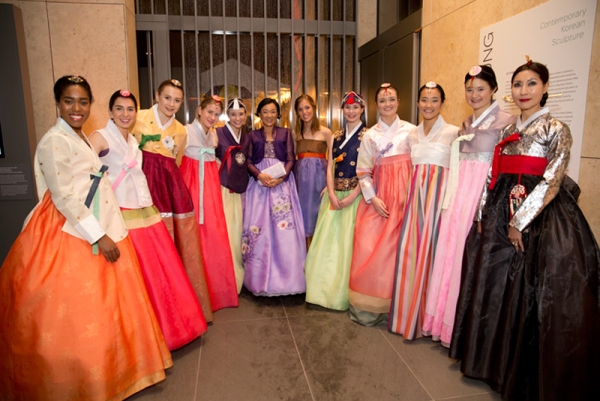 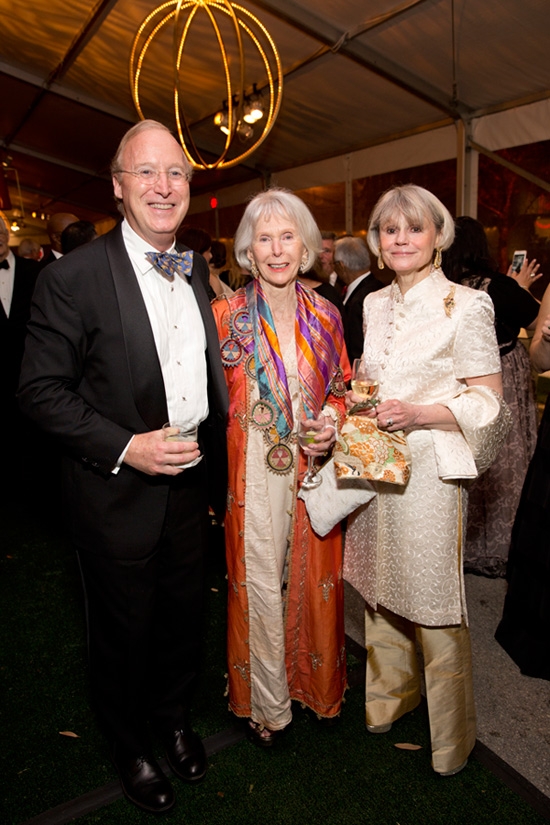 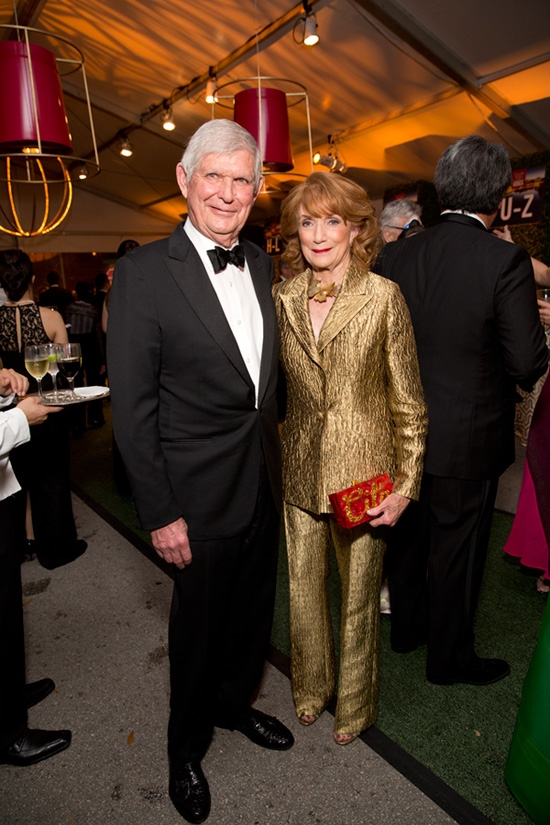 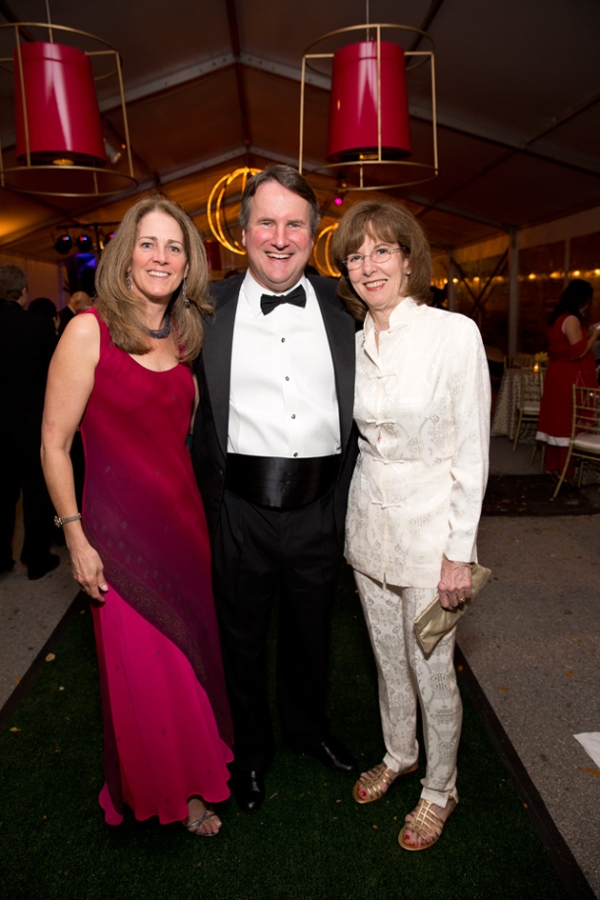 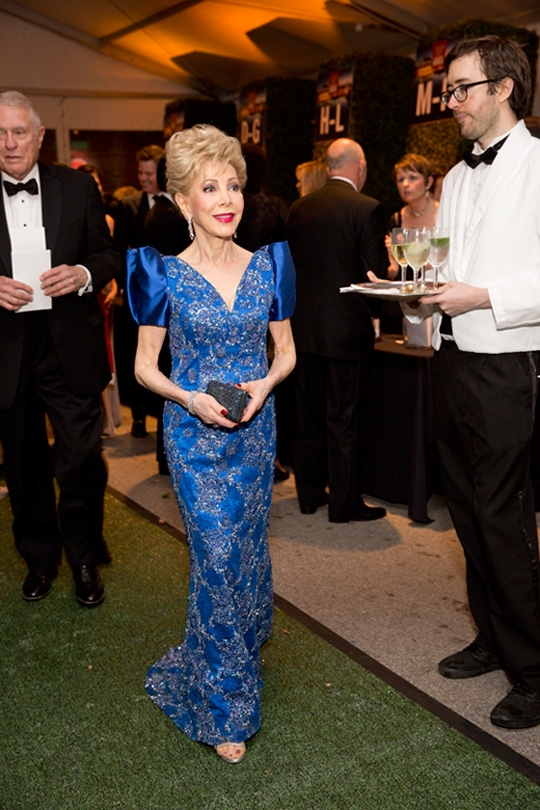 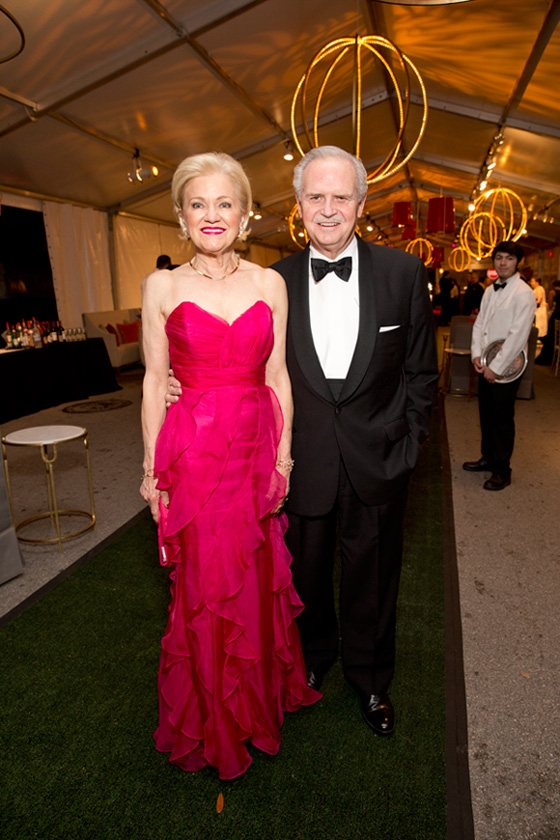 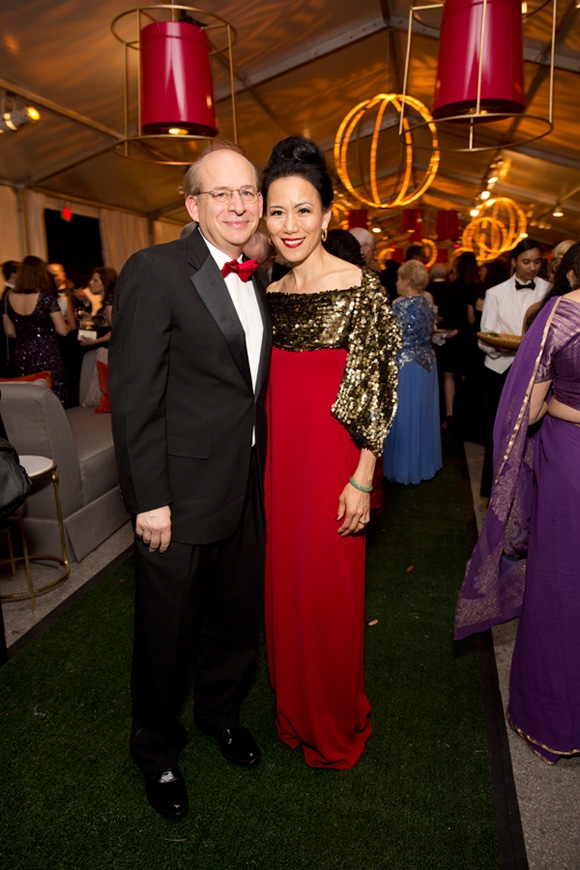 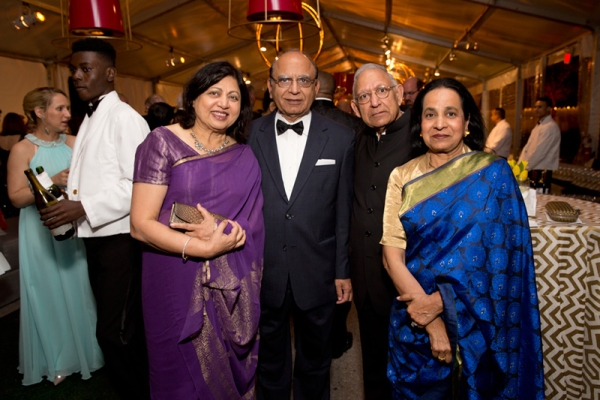 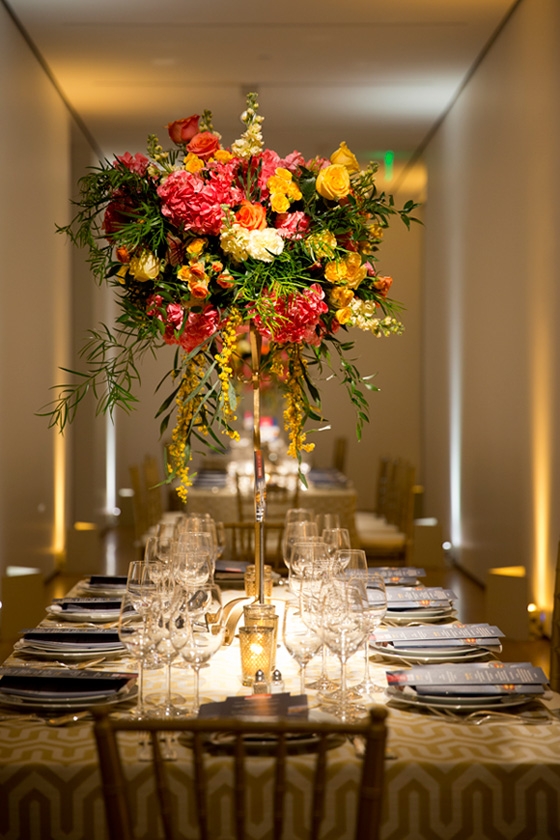 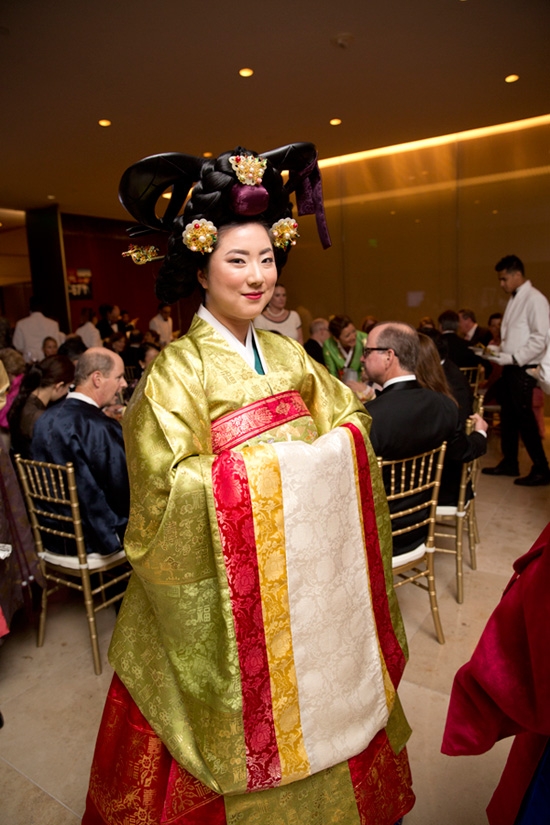 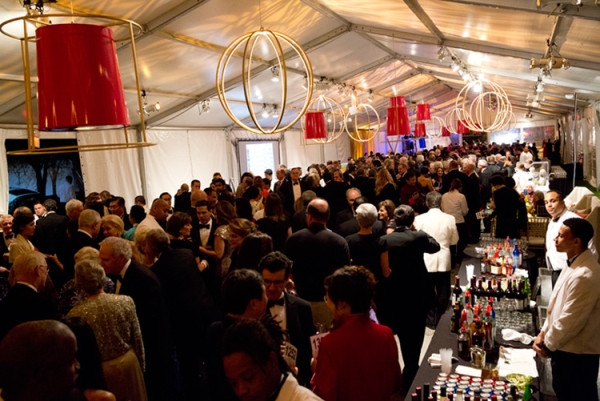 A record crowd of more than 700 guests strolled into the grand Chevron Gala Pavilion, named for the event’s presenting corporate sponsor. Reception hosts, Kathy and Glen Gondo, welcomed guests into the grand tent with tantalizing sushi, provided by Sushic, the Sushi Company. While Taiko drummers of the Memorial Jumbo Group performed, guests flowed from a magnificent tent into the world-class Fayez Sarofim Grand Hall. Volunteers modeling Jasmine Shinhyo Park’s stunning traditional gowns greeted them as they entered the Yoshio Taniguchi-designed building. After taking in the Yeesookyung exhibition, guests enjoyed a lavish dinner catered by City Kitchen. Patrons finished the evening with dancing and an auction in which they bid on once-in-a-lifetime experiences. Items up for auction included throwing out the first pitch at a Houston Astros game to sparkling diamond earrings to luxurious travel and dining packages. All of the female guests left with a swag bag full of fancy AmorePacific skin care products, courtesy of Neiman Marcus.

The $1.2 million raised by Tiger Ball 2016 benefits exhibitions and programs, which promotes mutual understanding between the U.S. and Asia and strengthens the partnerships of all of Houston’s diverse communities.