Up Close and Personal | Asia Society Skip to main content

Up Close and Personal 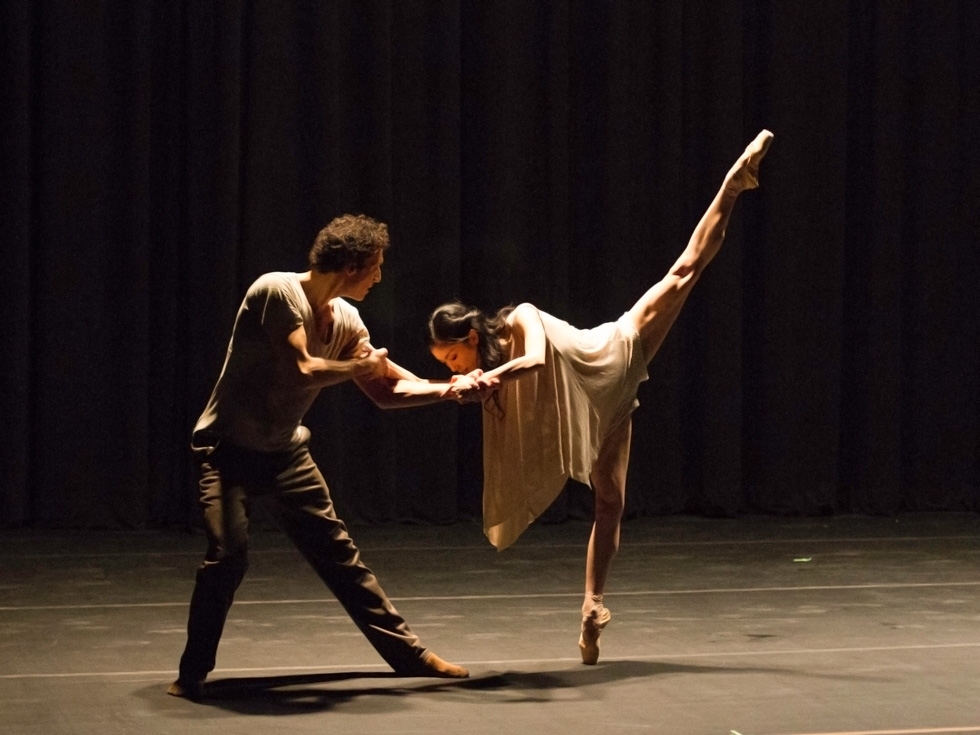 You’re more likely to find Malta Kano, TX in the theater of the mind versus any Google map. The film leaves you in a dream-like state. Sakai and Luciano’s appearance onstage snaps the spellbound audience back to reality. Walsh didn’t stop there, as a two-camera operator crew shadowed the dancers filming via steady cam video. Walsh designed the choreography carefully so that the camera operators could probe the dancers’ space, keeping pace and encircling their every movement. The proximity of these shots is sure to create captivating cinematography for the project’s next iteration. All of this stage action conveys a sense of entanglement between the characters. While they’re clearly not alone, the couple’s dances enliven physical tension the film could not. That they appear so close but emotionally distant is palpable. During interludes Walsh repeatedly posed this question to the audience: “Which dancer do you empathize with more?”

The idea to bridge two mediums has always fascinated Walsh, considered one of Houston’s most innovative artists. “While creating new pieces during my choreographic career, I have often thought, ‘This would be a wonderful moment for film,’” says Walsh. “I shape scenes cinematically as I put together a narrative work, and have wondered before if details get lost on the stage.” Combined with a unique soundscape, the film’s story is brought together through the underlying theme of “East Meeting West,” and captures the beauty and poetry demonstrated by the integration of cultures. Walsh sought to highlight the elegant architecture of the Texas Center as a backdrop to the film. The mixed-media, live performance was met by a packed house and with a thunderous standing ovation. Special thanks to presenting sponsor Bank of America.