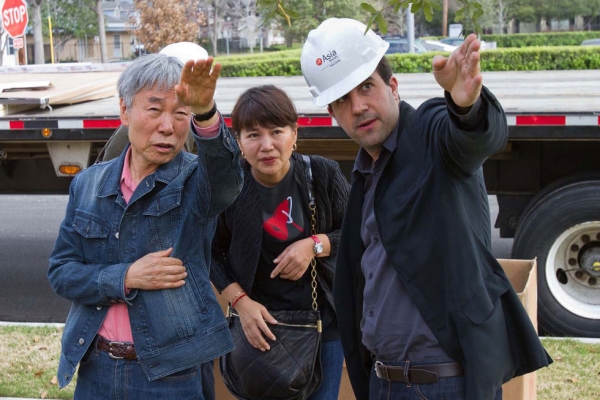 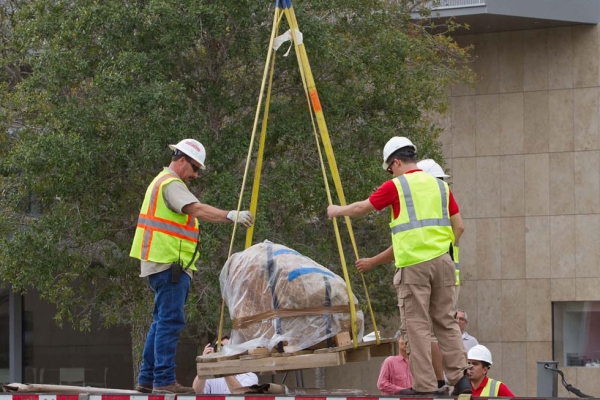 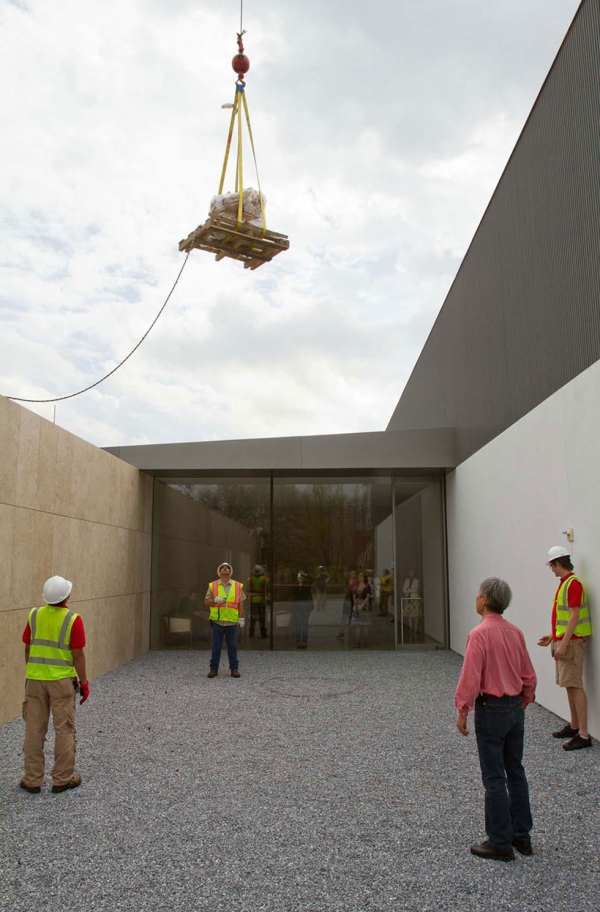 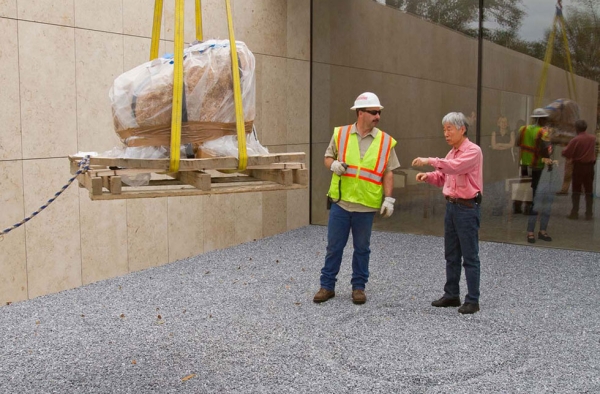 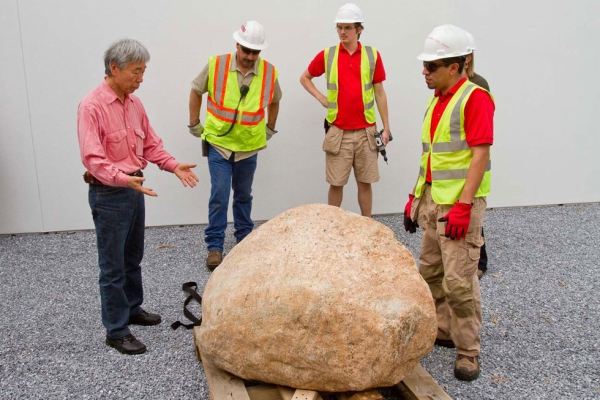 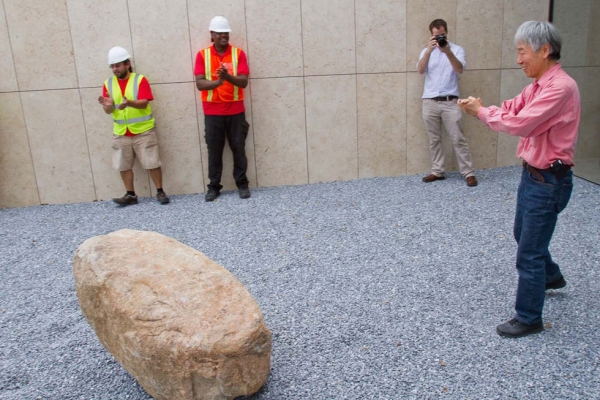 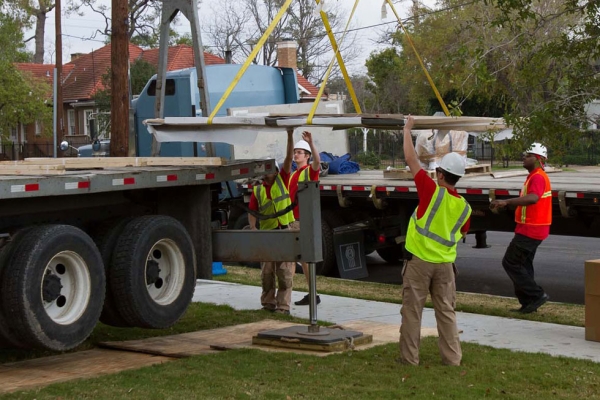 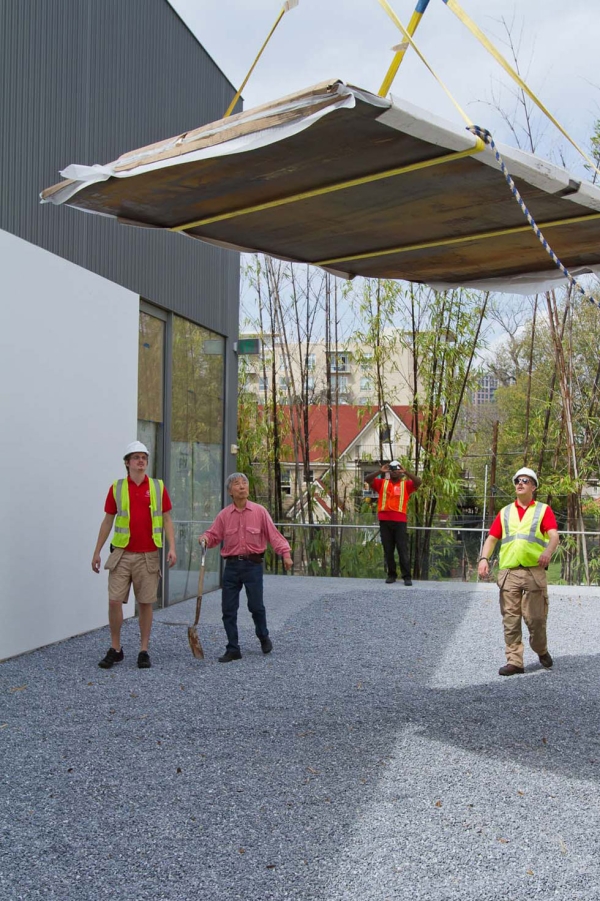 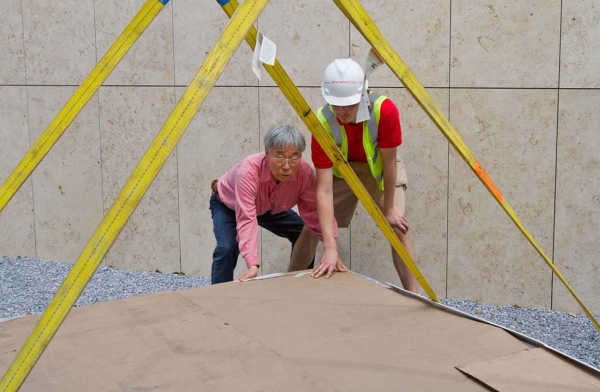 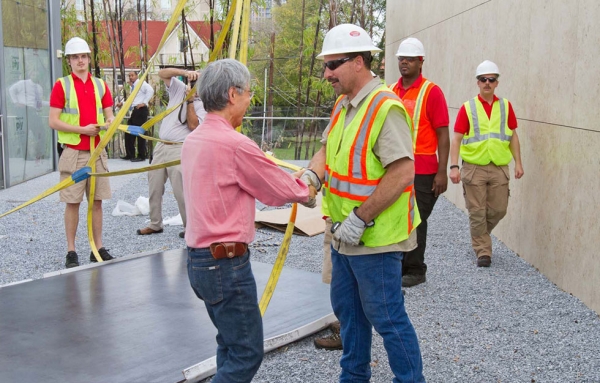 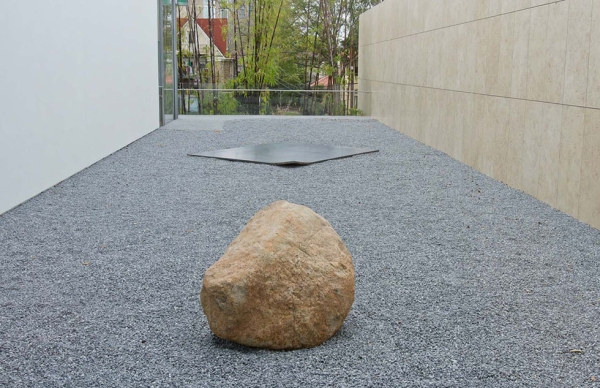 Lee's first commissioned work for a U.S. public institution consists of a large stone placed in juxtaposition to a slab of steel, creating a conversation between the two and the surrounding environment. The artist jokingly described the single upturned edge of the steel slab as the latter's "wink" at the stone.

Lee personally supervised the installation, which took about three hours. The Sculpture Garden is adjacent to the Texas Center's Louisa Stude Sarofim Gallery, where Treasures of Asian Art: A Rockefeller Legacy featuring some 60 masterpieces from the Mr. and Mrs. John D. Rockefeller 3rd Collection at the Asia Society Museum in New York, opens April 14.

Born in southern Korea in 1936, Lee moved as a young man to Japan, where in the 1960s and '70s he emerged as the best-known practitioner of Mono-ha, an antiformalist, materials-based movement that grew out of the artistic experimentation and leftist activism of the era. He is often described as a "philosopher-artist" reflecting his extensive body of theoretical writing and enduring concern for the interplay of self and the world. His oeuvre was the subject of a five-decade retrospective that closed in September at the Guggenheim Museum in New York.