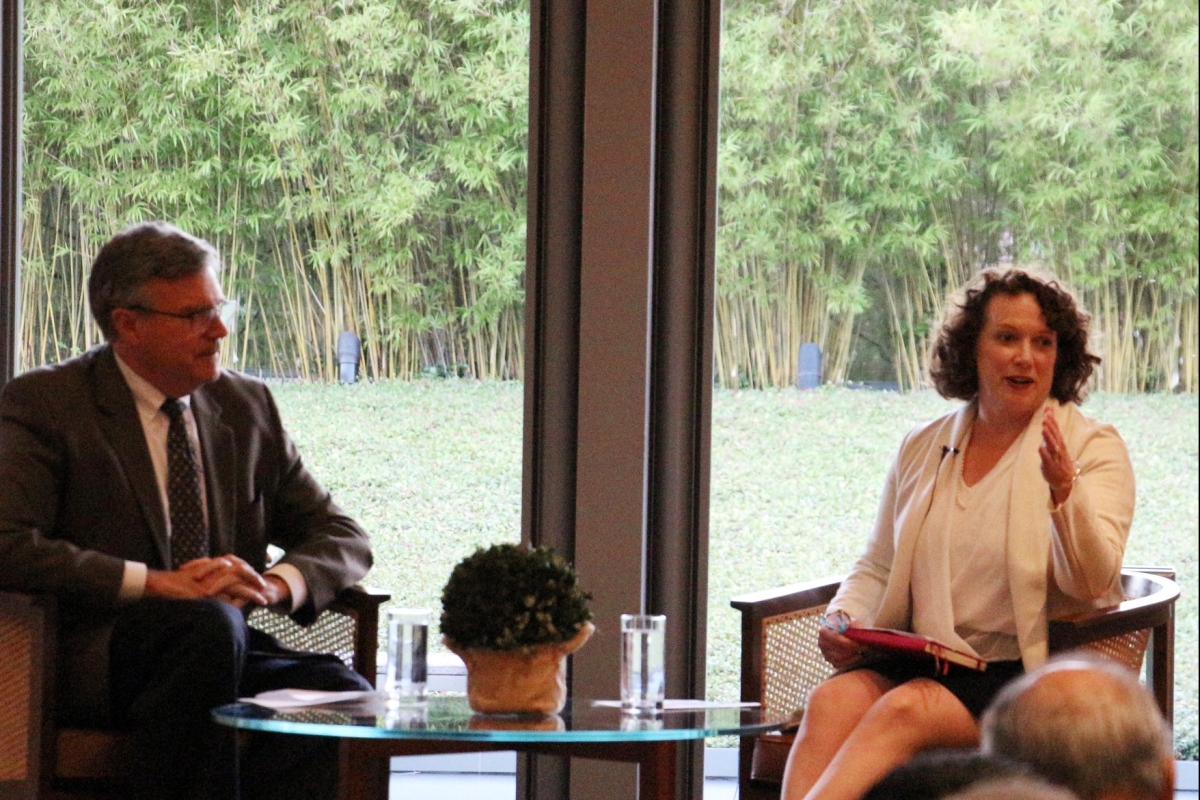 HOUSTON, October 24, 2019 — Asia Society Texas Center welcomed Suzanne Maloney of the Brookings Institution, who joined Gregory Gause of Texas A&M University’s Bush School of Government for a conversation on the current Iran crisis. After a summer of escalation from Iran, Maloney examined the current state of U.S.-Iran relations and what the future might hold.

In recent months, Iran has engaged in what Maloney called “calculated” actions targeting ships and infrastructure in the Gulf, culminating in the September explosions at Saudi Arabian oil refineries. In her view, these measures were in response to the current U.S. administration’s decision in May to allow the full imposition of sanctions against Iran with no waivers, a move that Iranian leaders consider unjust as they believe they complied with the terms of the nuclear deal.

In discussing the tensions between U.S. and Iran, Maloney highlighted the uncertainty in the bilateral relationship due to the lack of unity in the U.S.’s ultimate policy toward Iran: some in the administration sought regime change while President Donald Trump has indicated he would be open to a face-to-face meeting with no preconditions. Meanwhile, Iran is dealing with its own factional politics domestically while facing an “economic siege” that has driven up inflation and undercut its currency. In the near future, Maloney said she expects Iran to continue testing the Trump administration, which has yet to respond to the provocations, and continue seeking full-scale sanctions relief.

During the audience question-and-answer session following the program, Maloney also spoke on Iran’s relationships with regional powers such as Iraq, Lebanon, Yemen, and Oman, as well as the strategic partnership Iran has formed with Russia in Syria.