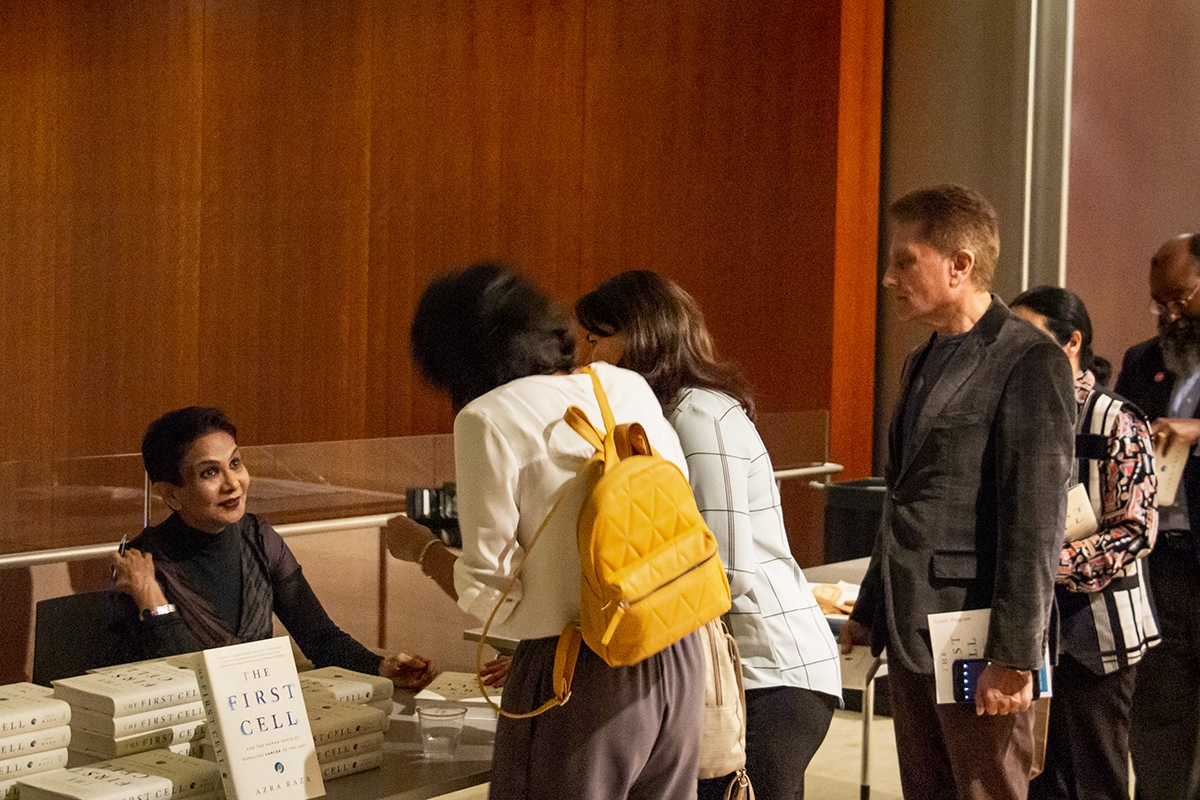 While Dr. Raza acknowledged that "cancer doesn't spare anyone; no one is exempt,” she emphasized her position that we are “losing the war on cancer.” Despite the $6 billion spent annually on cancer research over the past 50 years, she noted that the medical industry is still largely treating cancer with the same three methods: chemotherapy, radiation, and surgery. When Dr. Raber raised breakthroughs in treatment, such as targeted therapies and new immune inhibitors that have extended patients’ lives, Dr. Raza countered that the positive numbers are small and that media coverage can be misleading about the actual reach and impact of these breakthroughs.

Dr. Raza noted that the majority of decrease in cancer deaths comes from early detection rather than chemotherapy or other treatments. Referencing her new book, The First Cell, she called for a dramatic new paradigm shifting the focus to early detection methods and providing financial incentives to advance innovation in co-developing new methods for detection and treatment. She refuted the idea that she is calling for a stop to all current therapies but said she believes more resources should be diverted to new technology.

Part of what drives Dr. Raza’s passion is the human costs of cancer: to the patient and their families, as well as the doctors, nurses, and technicians. She shared a personal story about losing her own husband, also an oncologist, to cancer, and concluded by expressing her optimism that significant progress is possible with a new approach to cancer treatment.