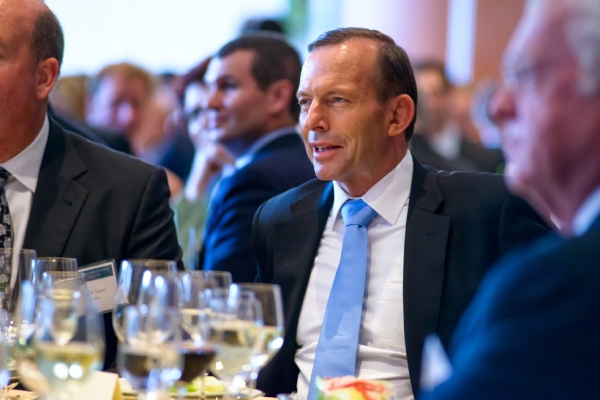 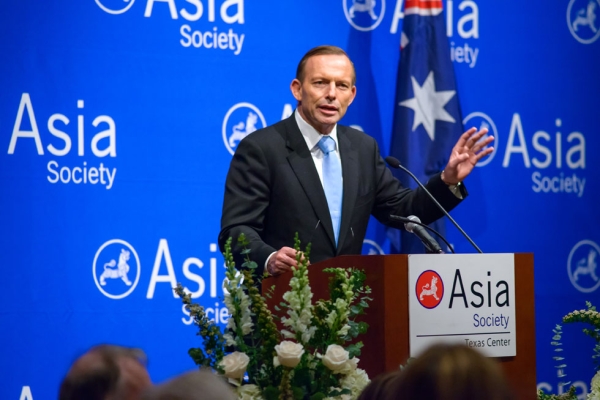 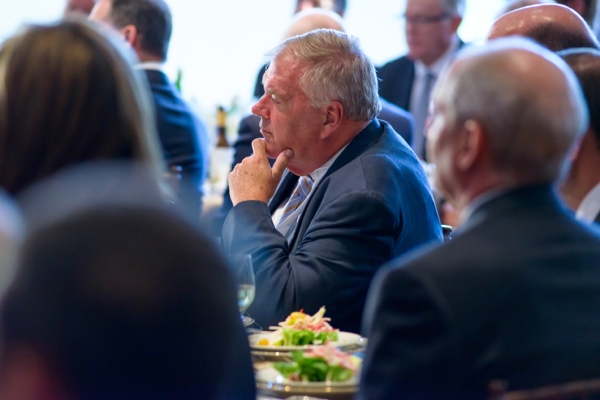 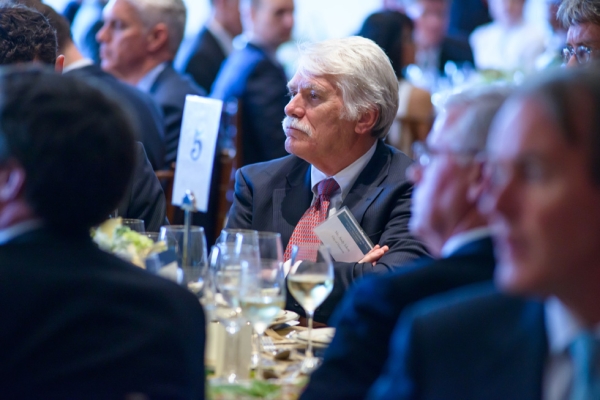 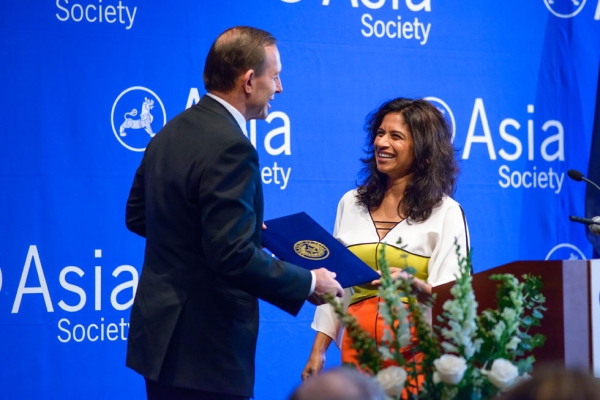 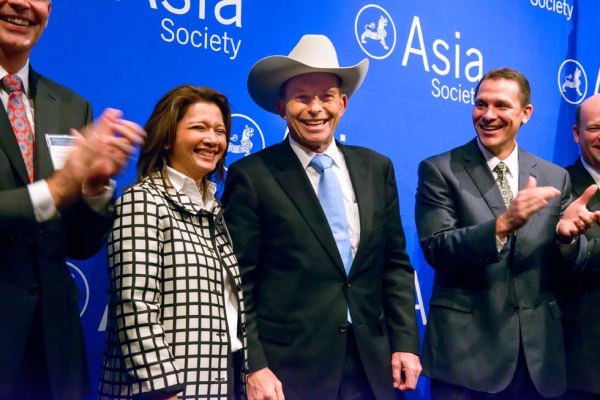 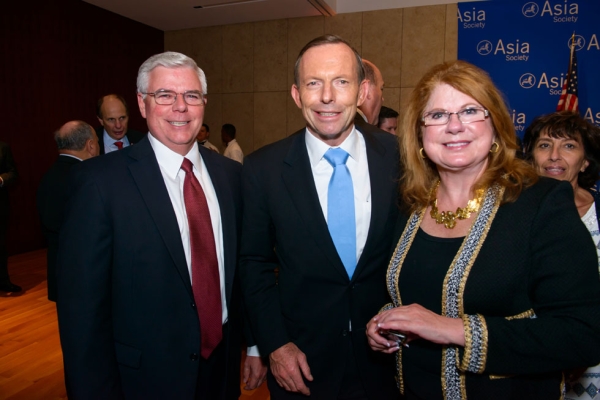 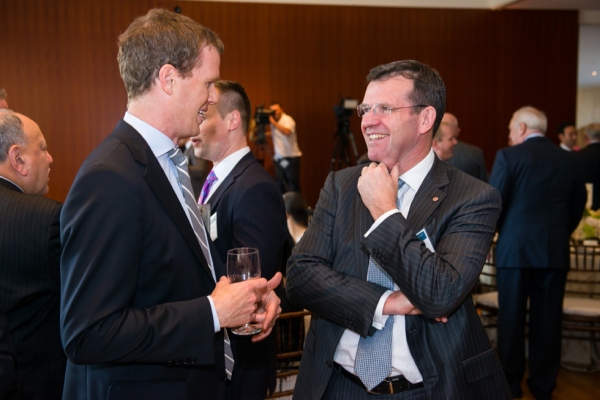 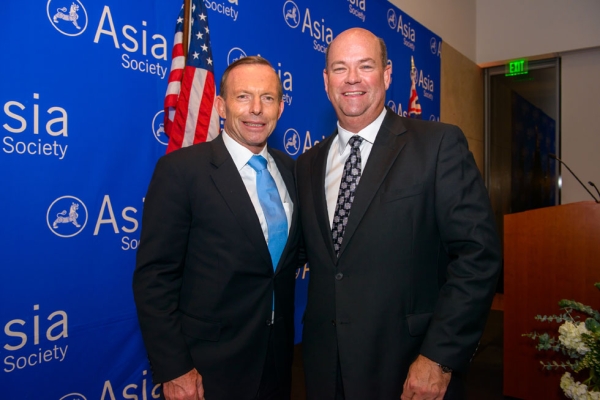 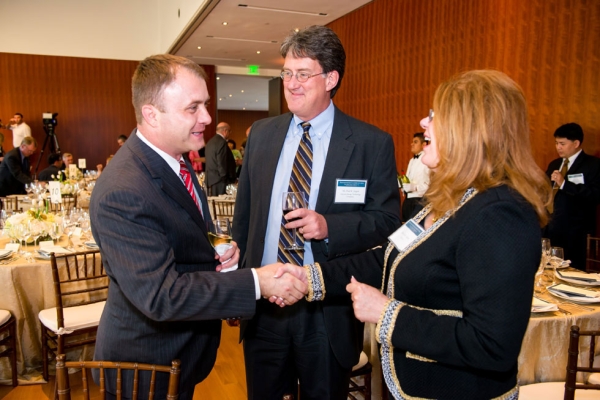 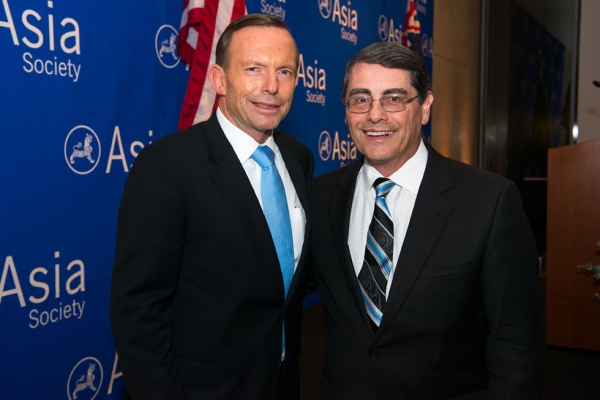 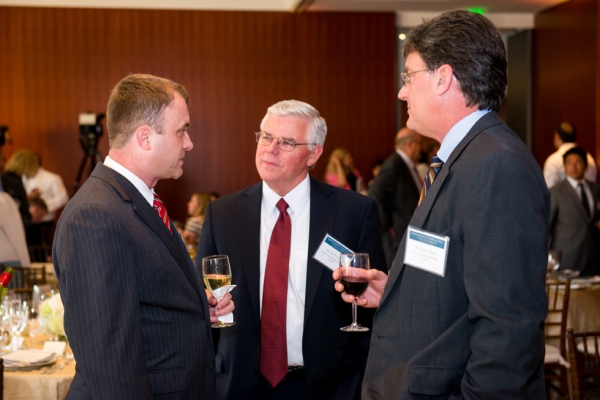 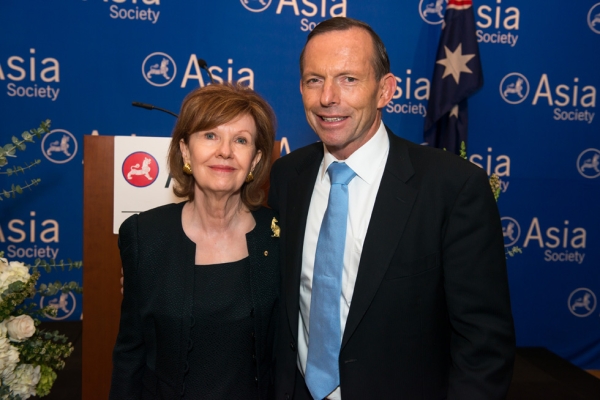 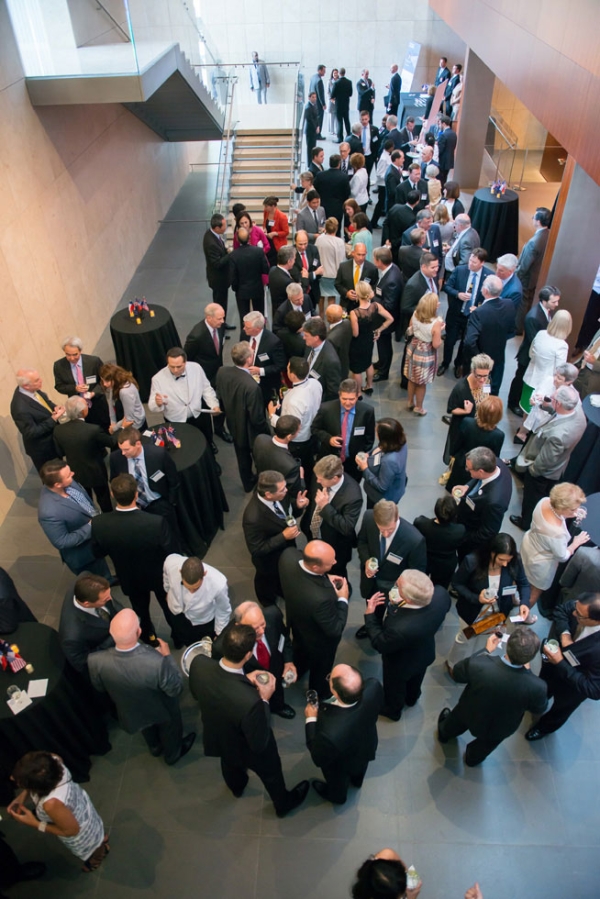 HOUSTON, June 13, 2014 — Australia’s 28th Prime Minister Tony Abbott visited Asia Society Texas Center following a private reception at Asia Society global headquarters in New York on the heels of a meeting with President Barack Obama. While this marks the organization’s fifth visit by a head of state, the Prime Minister’s appearance is the first in the Texas Center's new building in the Museum District.

The Prime Minister’s remarks focused on U.S.-Australia relations, energy, and Australia’s trade relationship with East Asia. “Few nations understand each other so deeply as the United States and Australia”, he said. “We are more than allies, we are family.” With a nod to Texas, he quoted the memoirs of one of the Texas Center’s founders, former First Lady Barbara Bush: “The people of Australia are warm, relaxed, and very much like Texans—the biggest compliment I can pay anyone.”

Mr. Abbott noted Houston and Australia’s similarities, lauding mutual outward, confident world views towards facing future challenges. “You see your city as an energy capital in the Asia-Pacific century,” he commented. “On the other side of the ocean, Australia shares with you the common interest in powering that future with abundant and reliable energy. Affordable, reliable energy fuels enterprise and drives employment. It is the engine of economic development and wealth creation.”

The Prime Minister shared that while Australia is currently the world’s largest black coal exporter, they are also the third largest uranium producer and are soon to be the primary liquid natural gas exporter. “It is prudent,” he acknowledged, “to do what we reasonably can to reduce carbon emissions. But we don’t believe in ostracizing any particular fuel, and we certainly don’t believe in harming economic growth.” Those statements were followed by an explanation of Australia’s forthcoming abolition of its carbon tax, replacing it instead with a $2.5 billion fund to incentivize reduced emissions. “Coal will continue to fuel human progress,” he emphasized.

In closing, the Prime Minister paid tribute to the 14 years of service by Australia’s Honorary Consul for the State of Texas, Nana Booker, also in attendance. Houstonians were pleased to learn that an Australian Consulate General will be established in Houston to encourage stronger links. “Queensland should not be the only Australian government represented by a Consulate,” Mr. Abbott jested.

The Prime Minister’s visit was part of Distinguished Leaders on Asia, an occasional series offered by the Texas Center that explores geopolitics, business, society, and culture by decision makers, thought leaders, politicians, and artists. The series launched in 2013 with an event featuring Dr. Henry A. Kissinger and James A. Baker III.

Tony Abbott was sworn in as the 28th Prime Minister of Australia on September 18, 2013. Prior to the election of the Coalition Government in September of 2013, Mr. Abbott had been Leader of the Opposition since December 1, 2009. Mr. Abbott was first elected as Member for Warringah in March 1994. He has been re-elected as Member for Warringah in seven subsequent elections.

During the Howard Government, Mr. Abbott served as a Parliamentary Secretary, Minister, Cabinet Minister, and Leader of the House of Representatives. As Minister for Employment Services (1998–2001), Mr. Abbott oversaw the development of the Job Network and a major expansion of Work for the Dole. As Minister for Employment and Workplace Relations (2001–2003), Mr. Abbott boosted construction industry productivity through the establishment of the Cole Royal Commission.

As Minister for Health and Ageing (2003–2007), Mr. Abbott oversaw the expansion of Medicare rebates to allied health professionals such as dentists and psychologists and introduced the Strengthening Medicare reforms which delivered record levels of bulk billing for patients. Mr. Abbott also introduced the Medicare safety net for people with big out-of pocket expenses, increased hospital funding by $2.2 billion, and resolved the medical indemnity crisis.

As Prime Minister, Mr. Abbott has promised to spend a week each year living and working in an indigenous community. In recent years, Mr. Abbott has spent time working as a teacher’s aide, a truancy officer as well as participating in Bush Owner Builder indigenous housing project. Last year, Mr. Abbott and a team of business leaders spent four days helping to refurbish the library of a local school.

Prior to entering parliament, Mr. Abbott was a journalist with The Australian and The Bulletin. He was press secretary and political adviser to the Leader of the Opposition, Dr. John Hewson, before becoming Executive Director of Australians for Constitutional Monarchy.

Mr. Abbott holds Economics and Law degrees from Sydney University. He is a Rhodes Scholar and holds a Master of Arts (Politics and Philosophy) from Oxford University. Mr. Abbott is the author of four books.

Mr. Abbott is a long-term member of Queenscliff Surf Life Saving Club and the Davidson Brigade of the Rural Fire Service.

About Distinguished Leaders on Asia

Distinguished Leaders on Asia is an occasional series that features diverse perspectives from decision makers to thought leaders, politicians to artists, on topics ranging across geopolitics, business, society, and culture. Our unique public forum reflects Asia Society Texas Center’s mission to promote “mutual understanding and [strengthen] partnerships among peoples, leaders, and institutions of Asia and the United States in a global context.”