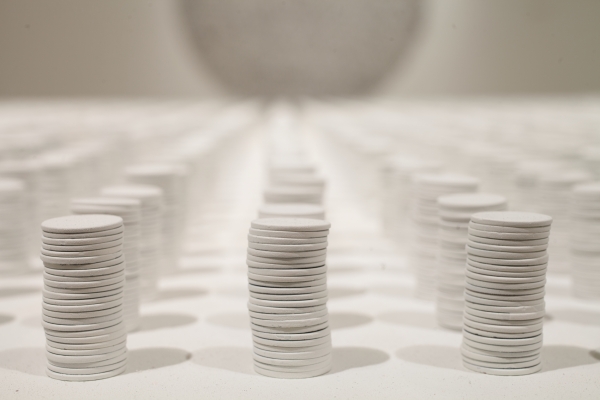 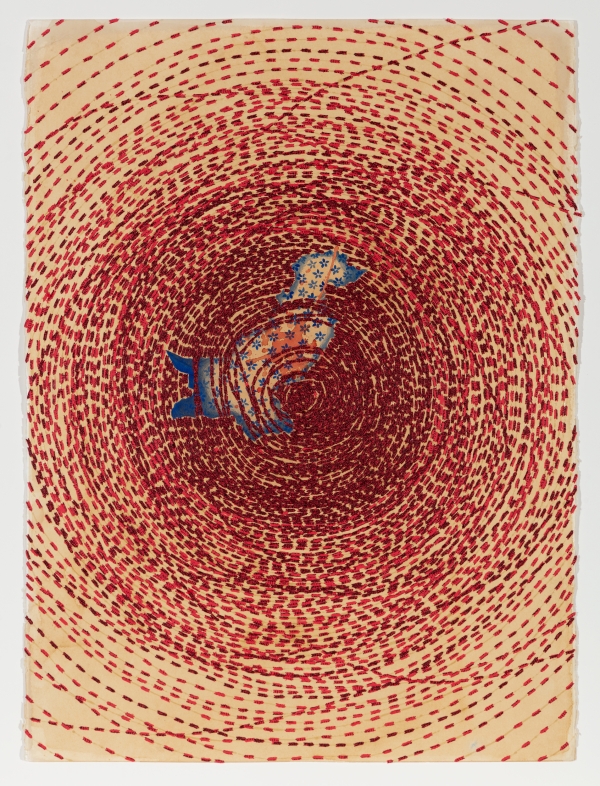 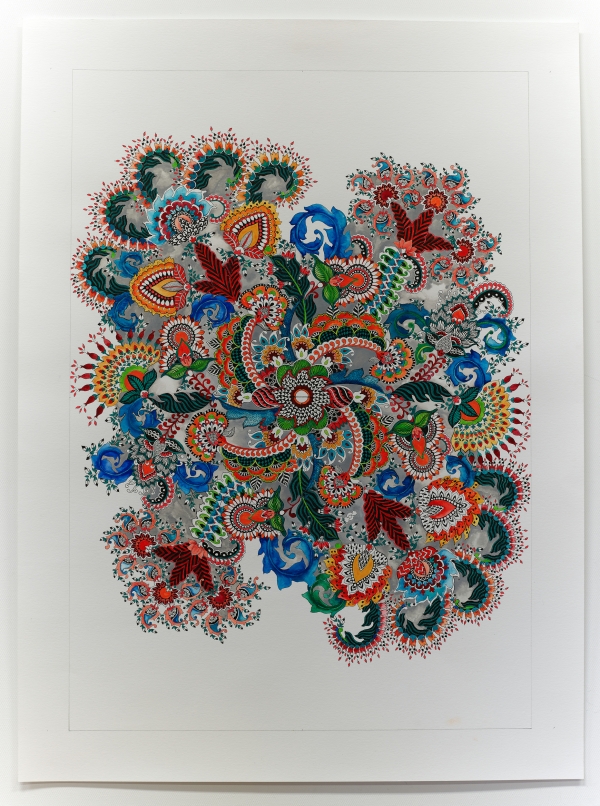 Abhidnya Ghuge, Complexity of Our Relationship, 2018, Ink, gouache, watercolor on paper, Courtesy of the artist 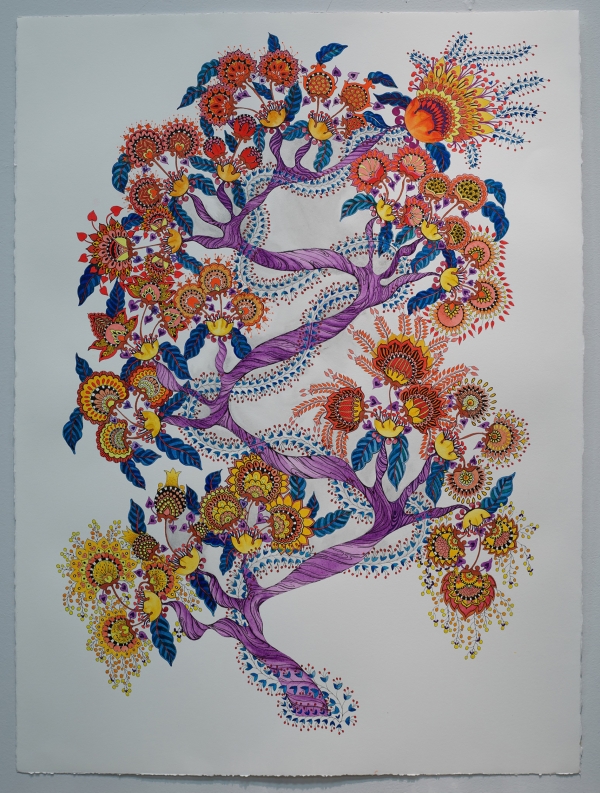 Abhidnya Ghuge, Sunsets of the Wise, 2018, Ink, gouache, watercolor on paper, Courtesy of the artist 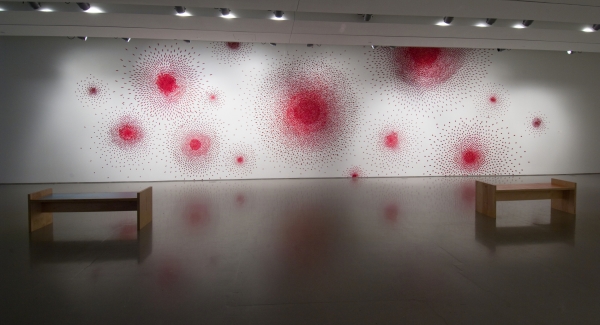 Ambreen Butt, I Am My Lost Diamond, 2011, Resin-cast digits, Courtesy of the artist 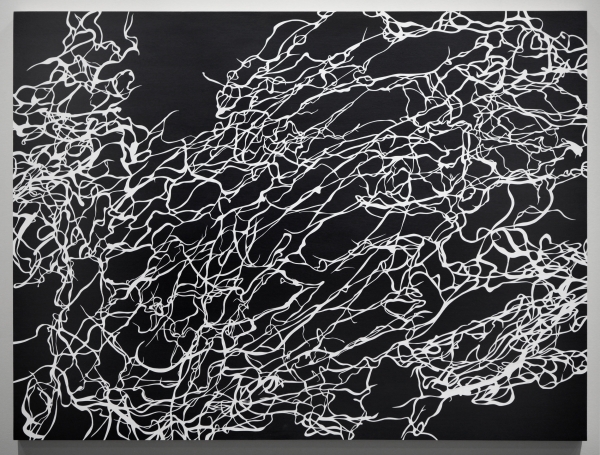 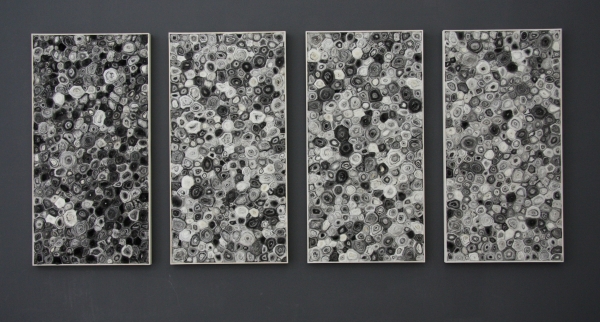 The media involved in the exhibition span a wide range, including drawings, paintings, video, collage, and installations of materials as varied as resin-castings, U.S. pennies, chicken wire, and paper plates. The artists’ work, on view in the Louisa Stude Sarofim Gallery, covers an extensive array of themes, such as the creative value of labor, cultural memory, and the fragility of life.

“There is an incredibly rich diversity of artists working in Texas, and it is a particular honor for Asia Society Texas Center to create a platform for Texas-based Asian artists,” says Bridget Bray, ASTC’s Nancy C. Allen Curator and Director of Exhibitions. “These five artists’ work is informed by their connectivity between Asia and their chosen home state. This exhibition evokes meaningful questions about the value of work and the power of place.”

In their works on view, Ambreen Butt and Abhidnya Ghuge engage with the ephemeral limits of life and the fragile nature of physical existence, while celebrating the tenacity of the human spirit. Beili Liu views her artistic process as a method of recording time and its inexorable passage, while Houston residents Jun Nguyen-Hatsushiba and Prince Varughese Thomas investigate the various impacts that time and events have on specific communities.

Ambreen Butt was born in Lahore, Pakistan, and received her BFA in traditional Indian and Persian miniature painting from the National College of Arts in Lahore. She moved to Boston in 1993 and attended Massachusetts College of Art and Design earning her MFA in painting in 1997. Her work has been featured in solo and group exhibitions, both nationally and internationally. Institutions that have exhibited her work include the National Museum of Women in the Arts, Washington, D.C.; Museum of Fine Arts, Boston; Brooklyn Museum; USC Pacific Asia Museum, Pasadena, California; Fridericianum, Kassel, Germany; and the National Art Gallery in Islamabad, Pakistan.

She has been the recipient of awards including a Joan Mitchell Foundation grant, and a grant from the Canada Council for the Arts, Ontario, Canada. In 1999, she was the first recipient of the James and Audrey Foster Prize from the Institute of Contemporary Art in Boston, in addition to being an artist-in-residence at the Isabella Stewart Gardner Museum that same year. Her work is included in public and private collections including the Brooklyn Museum; the Museum of Fine Arts, Boston; the Institute of Contemporary Art in Boston; the Library of Congress in Washington, D.C.; and the Minneapolis Institute of Art, among others.

Jun Nguyen-Hatsushiba was born in Tokyo to a Vietnamese father and a Japanese mother. Growing up and being educated in Japan and the U.S., he earned his BFA from the School of Art Institute of Chicago in 1992 and then his MFA in the Maryland Institute College of Art in 1994. Nguyen-Hatsushiba, after 18 years of working in Vietnam, is now residing and creating artworks in Houston.