Aasif Mandvi Emphasizes the Power of Stories to Break Down Barriers, Connect Communities 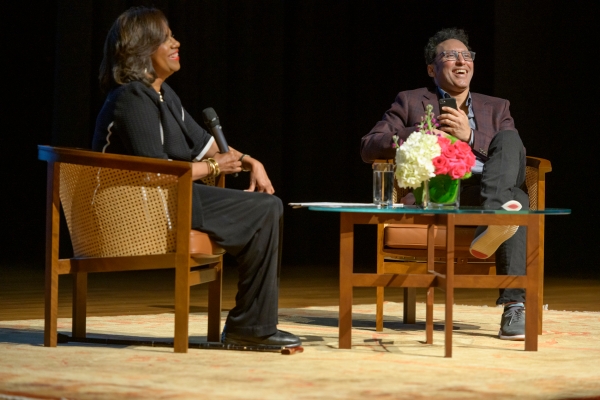 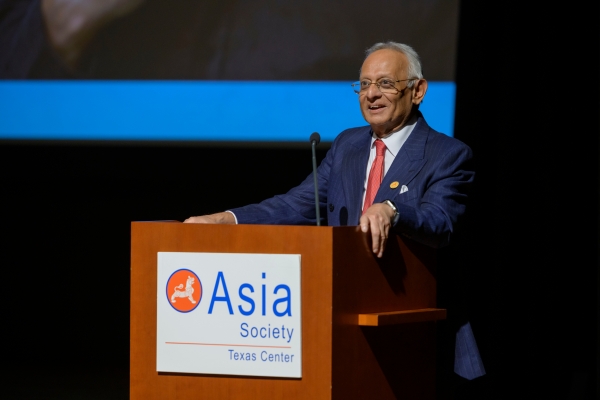 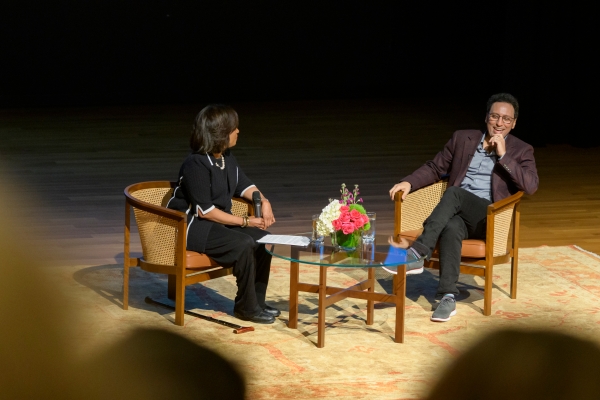 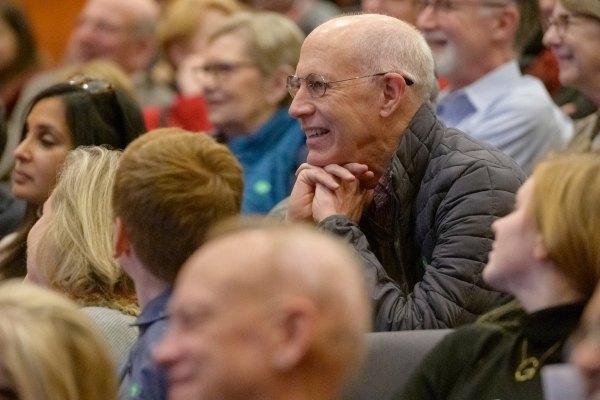 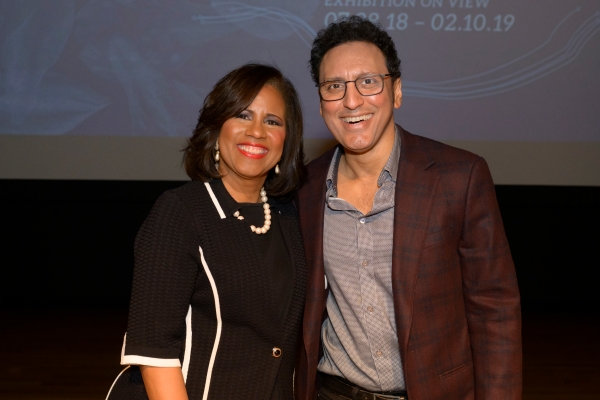 HOUSTON, Friday, January 25, 2019 — Comedian and actor Aasif Mandvi joined Asia Society Texas Center and moderator Melanie Lawson of ABC 13 for an evening filled with stories and laughter. Mandvi shared what it was like to grow up in an Indian Muslim immigrant family in the U.S. as well as the U.K.

From becoming the first non-white correspondent on The Daily Show with Jon Stewart in 2006 to his recent revival of his award-winning one-man show Sakina’s Restaurant – in which he plays all six Indian characters – Mandvi described how he found himself becoming an early, prominent voice for Indians and Muslims in the American mainstream media after 9/11.

“As an artist, it’s about telling human stories and stories that connect us,” Mandvi said. “The only way to combat fear is through the idea of breaking down those barriers.”

Mandvi considers himself first and foremost a storyteller, whether in shows like the Peabody Award-winning web series Halal in the Family or his collection of personal stories, No Land’s Man. Stories connect people who are different and help them learn from each other, Mandvi explained. He also finds it “important to tell stories that have a larger power, that have a larger perspective.”

During the conversation, Mandvi admitted he has worked to examine his own blind spots, and he encouraged the audience to do the same and to ask themselves where they could make a difference. “It is only in a time like that this that we are able to see what’s at stake and how vulnerable we are. Hopefully these kinds of moments in our history propel us to a higher stage."

Mandvi’s appearance on Thursday evening launched Asia Society’s new Muslim Series, which seeks to explore the artistic talents and stories of American Muslims to inspire our community to better understand one another.